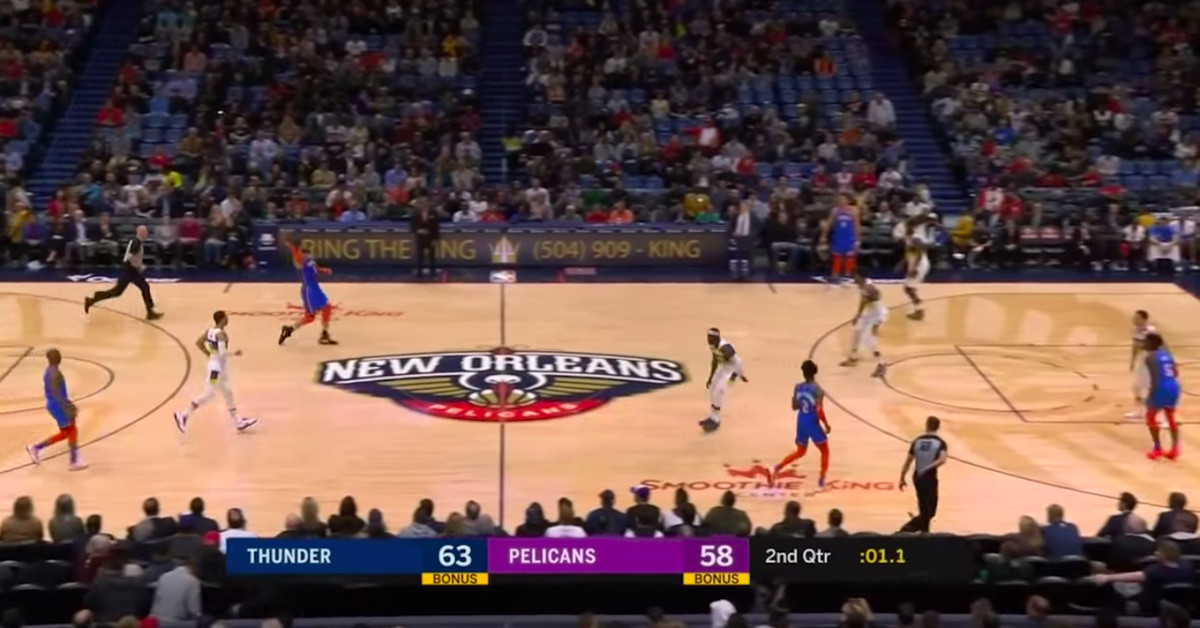 Steven Adams had never made a three-pointer in his NBA career coming into Thursday night’s game against the New Orleans Pelicans. While many centers from this era have felt pressure to develop a dependable perimeter jump shot to keep up with a modern game that places a heavy emphasis on three-point shooting, Adams’ devotion to the traditional big man skill set that got him into the league is part of what makes him so endearing.

Adams finally made a three against New Orleans, and it’s the type of shot he’ll never forget.

With the Thunder clinging to a two-point lead against the Pelicans at the end of the second quarter, Adams released a one-handed heave from beyond the half-court logo just before the halftime buzzer. He hit nothing but net.

Adams had been 0-for-19 in his career from three-point range. Make it 1-for-20. It’s worth nothing he did a three-pointer in the preseason this year, and it came on the same night Ben Simmons made his first (unofficial) NBA three-pointer.

Adams reacted in the only appropriate way, by shimmying into the locker room.

Adams’ shot actually proved to be pretty important. Behind the highest scoring game of Zion Williamson’s brief career, the Thunder had to fight off the Pelicans late in the fourth quarter to secure a 123-118 win. Adams finished with 11 points, 11 rebounds, three blocks, two assists, and a steal in the win.

And, for once, a three-pointer.