If the 2020 Ford Mustang Shelby GT500 isn’t enough for you, Shelby American has the answer with the launch of its limited-run Carroll Shelby Signature Series Ford Mustang capped at just 50 units across North America.

The car, being presented to the world at the National Automobile Dealer Association Show in Las Vegas on February 14, is outfitted with a modified 5.0-liter V8 engine featuring a Whipple supercharger to pump out no less than 825 HP, a healthy 65 HP more than the GT500.

Customers can still opt to have this engine mated to a manual transmission, with the automatic ‘box also being available.

Additional performance-focused modifications made to the Mustang include beefier half shafts, the Ford Performance MagneRide handling pack, Shelby performance tires, Borla exhaust system, a Brembo brake system with six-piston calipers at the front and four-piston calipers at the rear, and a Shelby-exclusive brake and bearing duct cooling system. The car also sits on a set of striking 20×11-inch forged aluminum wheels. 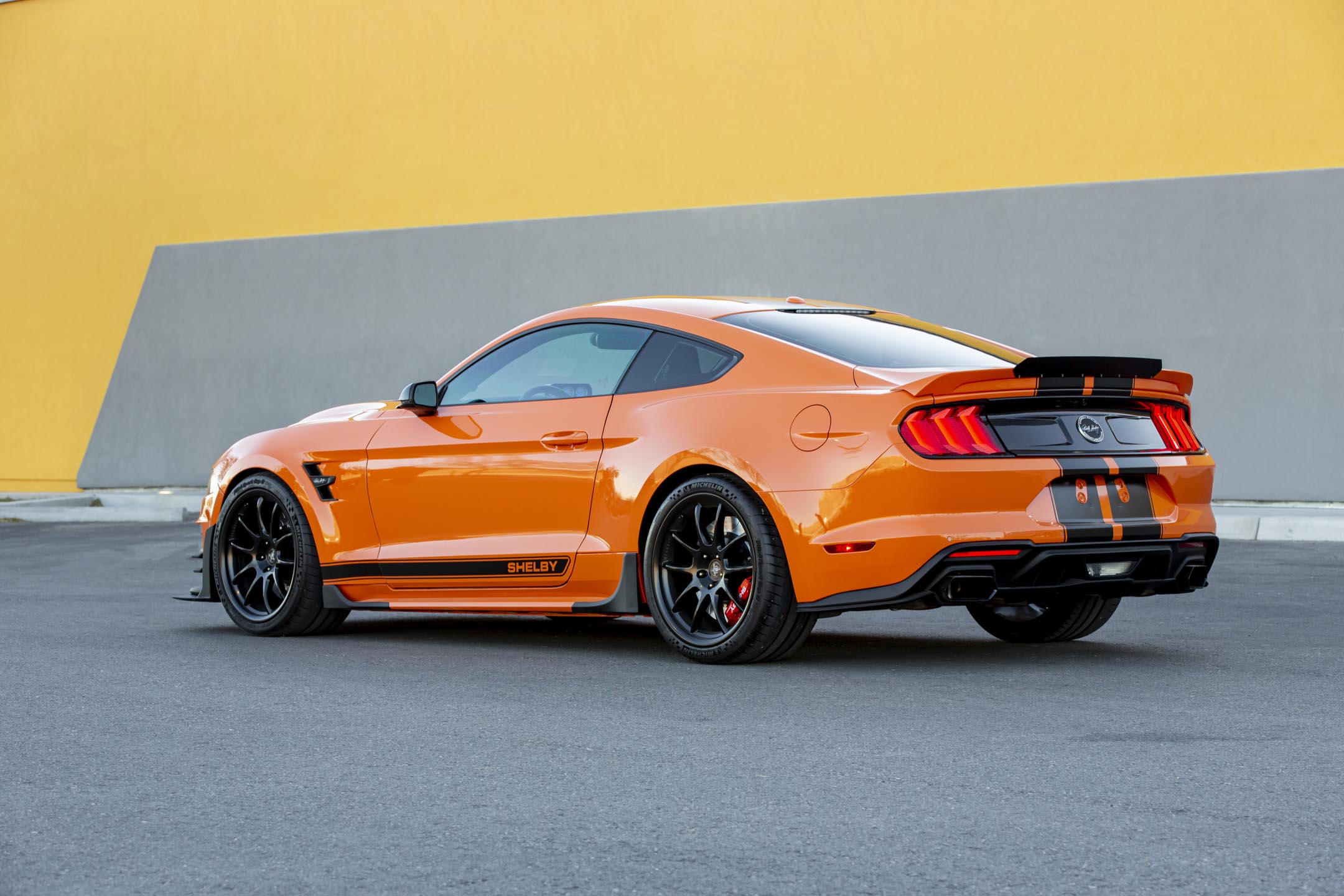 A number of tweaks have been made to the bodywork of the pony car including a revised front fascia with new air intakes, aluminum front fenders with air extractors, a ram air hood, a custom rear diffuser, and a new rear spoiler. There’s also custom badging, striping, and tinted windows.

Modifications continue inside where the Signature Series Mustang includes new leather and suede seats as well as distinctive floor mats.

Read Also: Fathouse’s Twin-Turbo Ford Mustang Shelby GT350 Is No Joke With Up To 1400 HP

“The body was widened with high-quality aluminum fenders to create a ‘square’ footprint,” Shelby American vice president and operations and chief of R&D, Vince LaViolette said of the car. “This allows the one-piece forged Monoblock wheels and Ford Performance tuned MagneRide suspension to maximize the incredible power churned out by the supercharged 5.0-liter motor.

“The metallic ram air hood, front fascia and bodywork were all carefully sculpted to both tame the air and dramatically drop under hood temperatures. The fit and finish are unbelievable, making it as stunning at rest as it is in motion on the road or track,” added LaViolette.

The 2020 Carroll Shelby Signature Series Ford Mustang isn’t cheap as you would expect, commanding a starting price of $127,795.