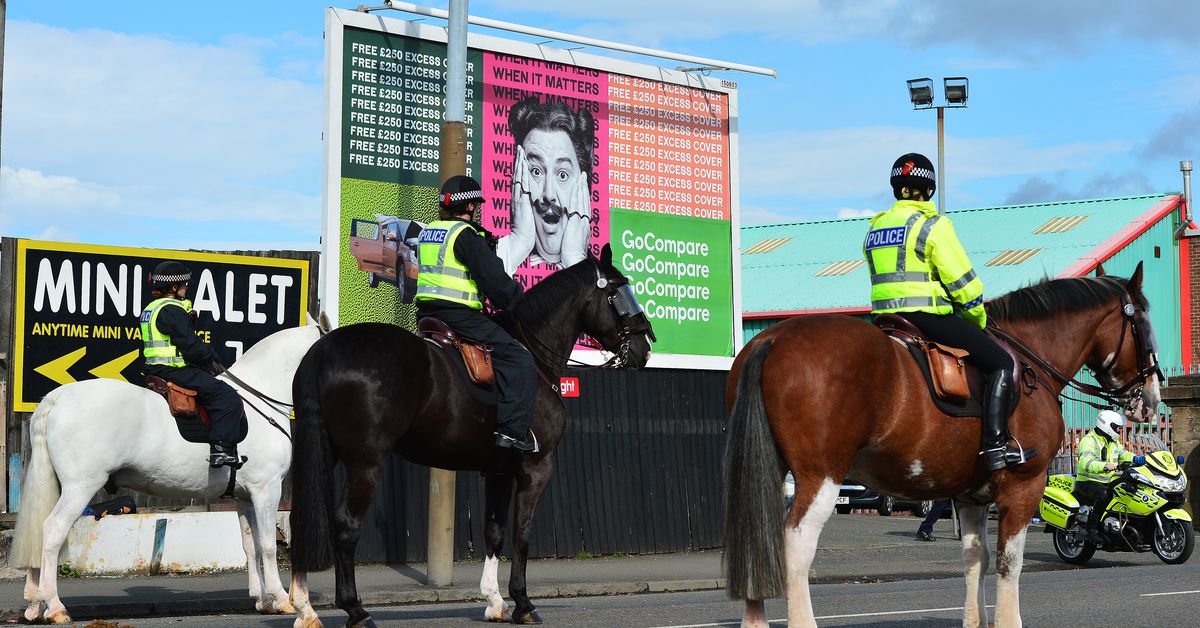 Kevin McGuire tried to argue he was an innocent bystander in a brawl that took place before Celtic’s match against Airdie in January — but law enforcement said otherwise. They told the court McGuire was “one of the ringleaders” in a mob of Celtic fans who attacked visiting supporters in what was characterized as “the worst riot” police had ever seen. Courts were told that Celtic fans prevented Airdie fans from entering the stadium, pelting them with bricks, missiles and lit cigarettes. It was at this point police intervened, leading to the horse punching.

McGuire was convicted of causing unnecessary suffering to the horses, along with two counts of assault towards the officers and acting in a threatening and abusive manner. He will serve 10 months in prison and is banned from every football stadium in the United Kingdom for five years, ensuring he won’t be able to cause any more harm for a considerable amount of time.

It’s 2020, and we shouldn’t have to tell you not to punch horses — but for whatever reason 2020 is also a year where the obvious needs to be stated, stated again, and re-stated a third time because people just don’t get it. In recent years, horse punching has become prevalent in sports. A Philadelphia Eagles fan was arrested in 2018 for repeatedly punching a police horse in the face following a game against the Falcons.

Under no circumstances should anyone punch an animal, but if you’ve made the horrible decision to punch an animal, the least you can do is go after something that will fight back. A trained police horse is not going to go after a human that assaults it. Go punch a bear, or a wild big cat, and then come back and talk to us if you make it out alive.

Seriously, just stop punching horses. We shouldn’t have to talk about this again. Ever.