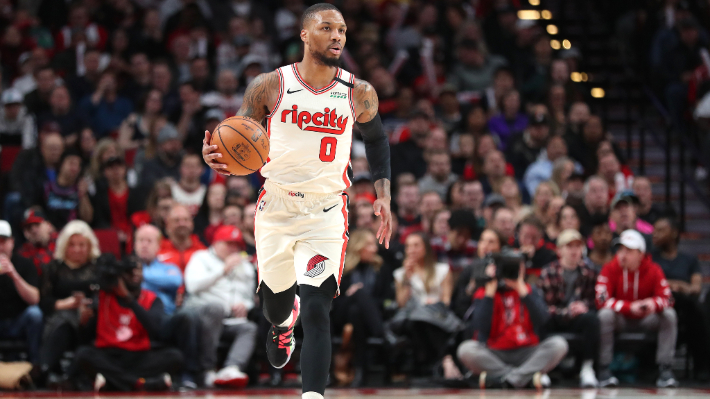 In his final appearance for the Portland Trail Blazers before All-Star weekend, star guard Damian Lillard tweaked his groin. That injury issue kept him on the sideline in crunch time and, within a short time after the final buzzer, word broke that Lillard wouldn’t be participating in the on-court portion of All-Star festivities. While Lillard is still performing as a musical act, Phoenix Suns guard Devin Booker was tabbed to replace him in the three-point contest and All-Star Game, eliminating any mystery for the league’s showcase weekend.

With that said, there was still a bit of uncertainty as to Lillard’s status for after the All-Star hiatus and, on Thursday evening, Chris Haynes of Yahoo Sports reported that his ailment is reportedly a groin strain that will be accompanied by a 1-2 week recovery time.

All things considered, this timetable is very good news for the Blazers, who are walking a tightrope when it comes to a playoff pursuit in the West. Portland returns from the break with a nationally televised matchup against the New Orleans Pelicans on Friday, Feb. 21 and, because that is technically more than a week away from the original injury, it isn’t impossible that Lillard would be ready to go. More realistically, the Blazers have two more home games after that, hosting the Pistons on Sunday, Feb. 23 and the Celtics on Tuesday, Feb. 25 before heading to Indiana for a road game against the Pacers on Thursday, Feb. 27.

Lillard is the sun, moon and stars for the Blazers, averaging 29.5 points and 7.9 assists per game while carrying the team’s offense to an even larger degree during a recent binge. Portland will be in trouble until he can return and, with that as the backdrop, Lillard’s return date will draw a lot of attention.