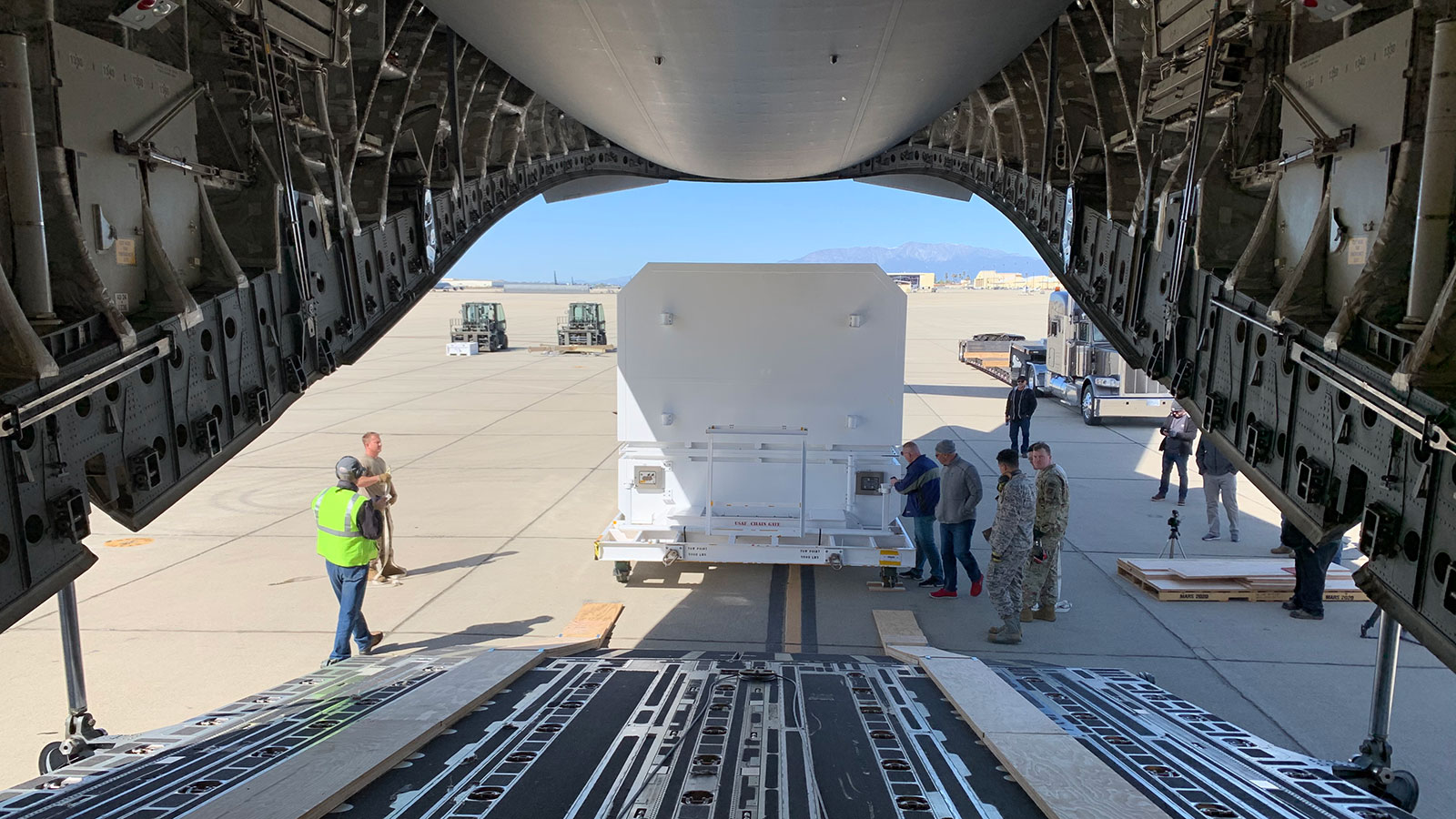 The Mars 2020 rover, which is scheduled to launch to the Red Planet in July, arrived at NASA’s Kennedy Space Center in Florida on Wednesday (Feb. 12), after completing a 2,300-mile (3,700 kilometers) journey from the agency’s Jet Propulsion Laboratory in Pasadena, California, where it was built.

“Our rover has left the only home it has ever known,” John McNamee, NASA’s Mars 2020 project manager, said in a statement. “The 2020 family here at JPL is a little sad to see it go, but we’re even more proud knowing that the next time our rover takes to the skies, it will be headed to Mars.”

Two U.S. Air Force C-17 Globemaster cargo planes delivered the rover to Kennedy Space Center, along with the spacecraft’s cruise stage, descent stage and Mars Helicopter, a drone that will hitch a ride to the Red Planet on the Mars 2020 rover.

It will undergo final launch preparations there for the next few months before heading over to Cape Canaveral Air Force Station’s Launch Complex 41, where it will launch on an Atlas V rocket on July 17.