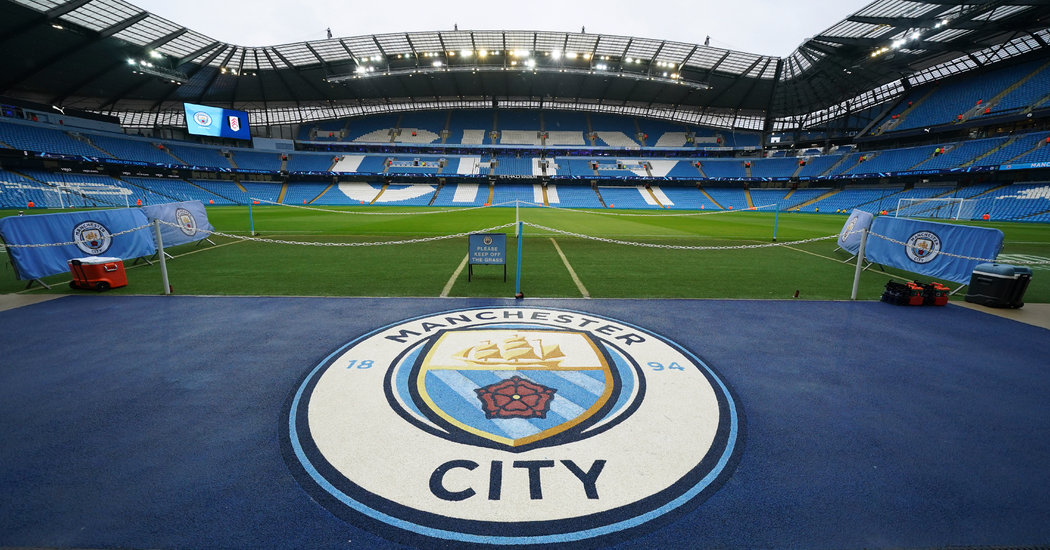 Manchester City, the reigning Premier League champion, has been barred from the Champions League for the next two seasons for “serious breaches” of European soccer’s financial regulations. The club has also been fined 30 million euros ($32.5 million).

Manchester City had sought to shortcircuit the investigation by financial regulators at UEFA — and preserve its place in the Champions League, European soccer’s richest competition and the trophy the club covets most — by appealing to the Court of Arbitration for Sport. But in November the court rejected the appeal, in which City had tried to end the investigation on procedural grounds, by ruling that it could not hear the case until the club had exhausted the disciplinary process at UEFA.

Now that UEFA has ruled, City almost certainly will take the case back to court.

The earlier decision at CAS was not, its officials noted at the time, a verdict on whether Manchester City did or did not breach financial regulations, a charge that English soccer authorities and officials at UEFA had been investigating for months.

Manchester City has vigorously denied wrongdoing, and its officials have warned UEFA that they would mount an aggressive response to any effort to bar the club from the competition. “The accusation of financial irregularities are entirely false,” City said in a statement earlier this year.

Critics feared that City’s ability to avoid punishment would be a death blow for UEFA’s ability to impose financial limits on its clubs. Those rules, in place since 2011, were designed to impose a measure of financial fairness within the European soccer economy, but powerful clubs — including City, as well as Paris St.-Germain, A.C. Milan and others — have routinely avoided serious punishment for breaking them.

Manchester City has assembled one of the best, and most expensive, teams in the world through the backing and financial might of the club’s owner: Sheik Mansour bin Zayed al-Nahyan, the brother of the ruler of the United Arab Emirates. Sheik Mansour has invested hundreds of millions of dollars over the past two decades — on players, coaches, facilities and the team’s operations — to transform Manchester City, which played in England’s second tier as recently as 2002, into one of soccer’s biggest and most successful clubs.

[This is a developing story that will be updated.]