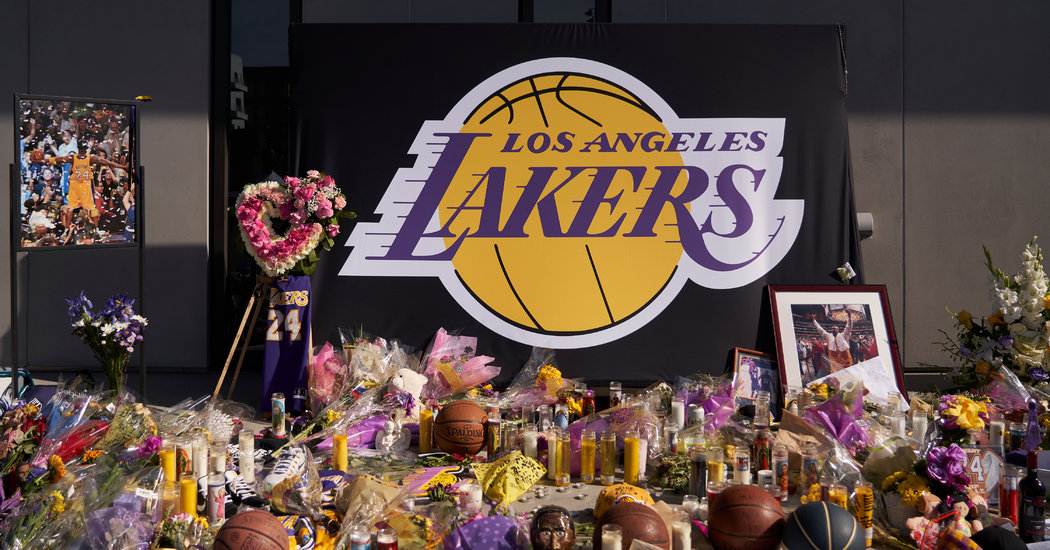 Fans hoping to attend the official memorial for the late N.B.A. superstar Kobe Bryant and his daughter, Gianna, in Los Angeles this month will face a difficult time obtaining tickets, and they might have to spend big.

A “limited number of tickets” will be on sale to the public on Tuesday for as much as $224 each ahead of the Feb. 24 event at Staples Center, according to a Friday news release from the Lakers.

Gianna, 13, and Kobe, who retired in 2016 after starring for the Lakers for 20 years, died along with seven other people on Jan. 26 in a helicopter crash just outside Los Angeles.

There was no immediate information about how many total tickets will be for sale to the public. The tickets will be priced in three tiers: $224 for one, $224 for two or $24.02 for one. (Kobe played wearing the jersey No. 24 for the last 10 years of his career; Gianna, who also played basketball, wore the No. 2.) The rest of the tickets are reserved for friends, family and members of the N.B.A. community.

Though it was announced that proceeds from the ticket sales will go to the Bryants’ recently renamed Mamba & Mambacita Sports Foundation, there was swift backlash on social media against both the decision to charge for tickets and the cost of the top tier tickets, which many viewed as exorbitant.

In an apparent attempt to eliminate scalping or reselling of the memorial tickets, they will be nontransferable and nonrefundable. Fans will have to register with TicketMaster’s Verified Fan program for an opportunity to purchase tickets, which will be mobile only. There will be a two ticket purchase limit.

The area around Staples Center, including surrounding streets and the adjacent L.A. Live, a large outdoor plaza with jumbo video screens and restaurants, will be shut down to those without tickets to the memorial. The Lakers also said the memorial would not be shown on the public video screens there.

It will be broadcast by Spectrum SportsNet, which telecasts Lakers games in Southern California, and it is expected that ESPN and NBA TV will show portions or all of the memorial, though those plans have yet to be announced.