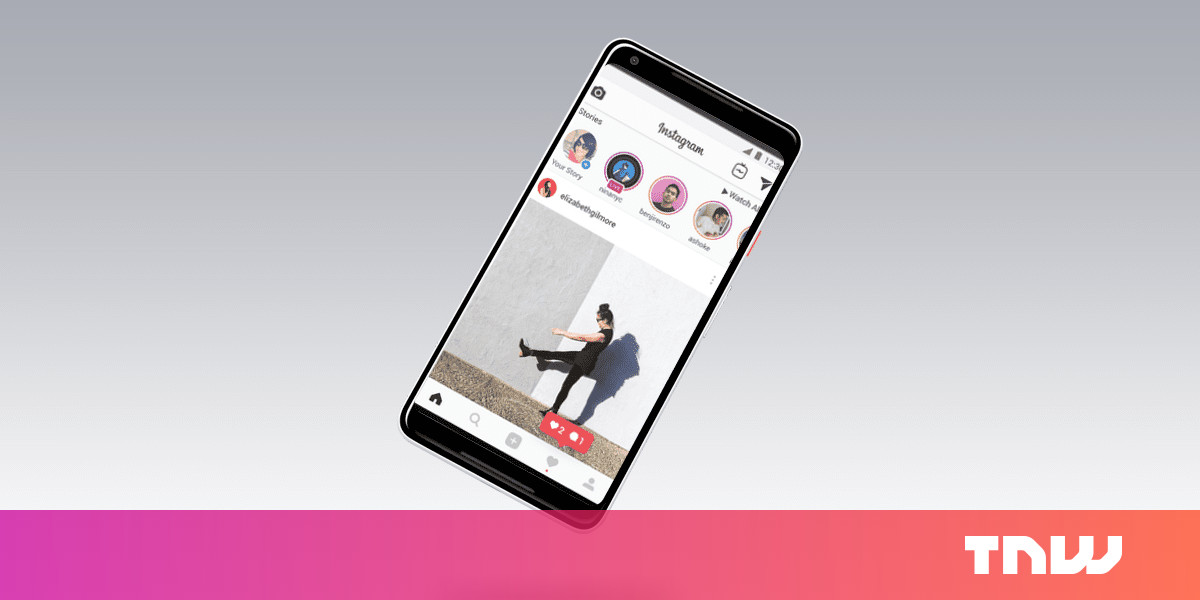 In 2016, Instagram began messing with users’ feeds, much to fans’ chagrin. The posts they would see from the accounts they followed weren’t in order of when they were posted, but in order of what the app’s algorithm determined to be worth looking at.

Thankfully, there might be some respite. Reverse engineer extraordinaire, Jane Manchun Wong, tweeted about a feature currently being tested, that will allow you to see the latest posts you missed out on.

This sounds like the chronological feed people are asking for. Similar, but not the same 👀 pic.twitter.com/AUMwlZGtUr

As Wong noted, this will be a separate section and not an option to switch timelines. Ideally, Instagram should follow Twitter and just give us a toggle so we can switch to a chronological timeline. But I guess something is better than nothing.

[Read: Instagram will now let you remove pity follows — here’s how you can do it]

Currently, Instagram shows a “you’re all caught up” message if you’ve gone through all posts from the last 48 hours on your timeline. But these posts aren’t necessarily in chronological order.

We’ll keep an eye out for this feature’s rollout and let you know how to use it when it arrives.