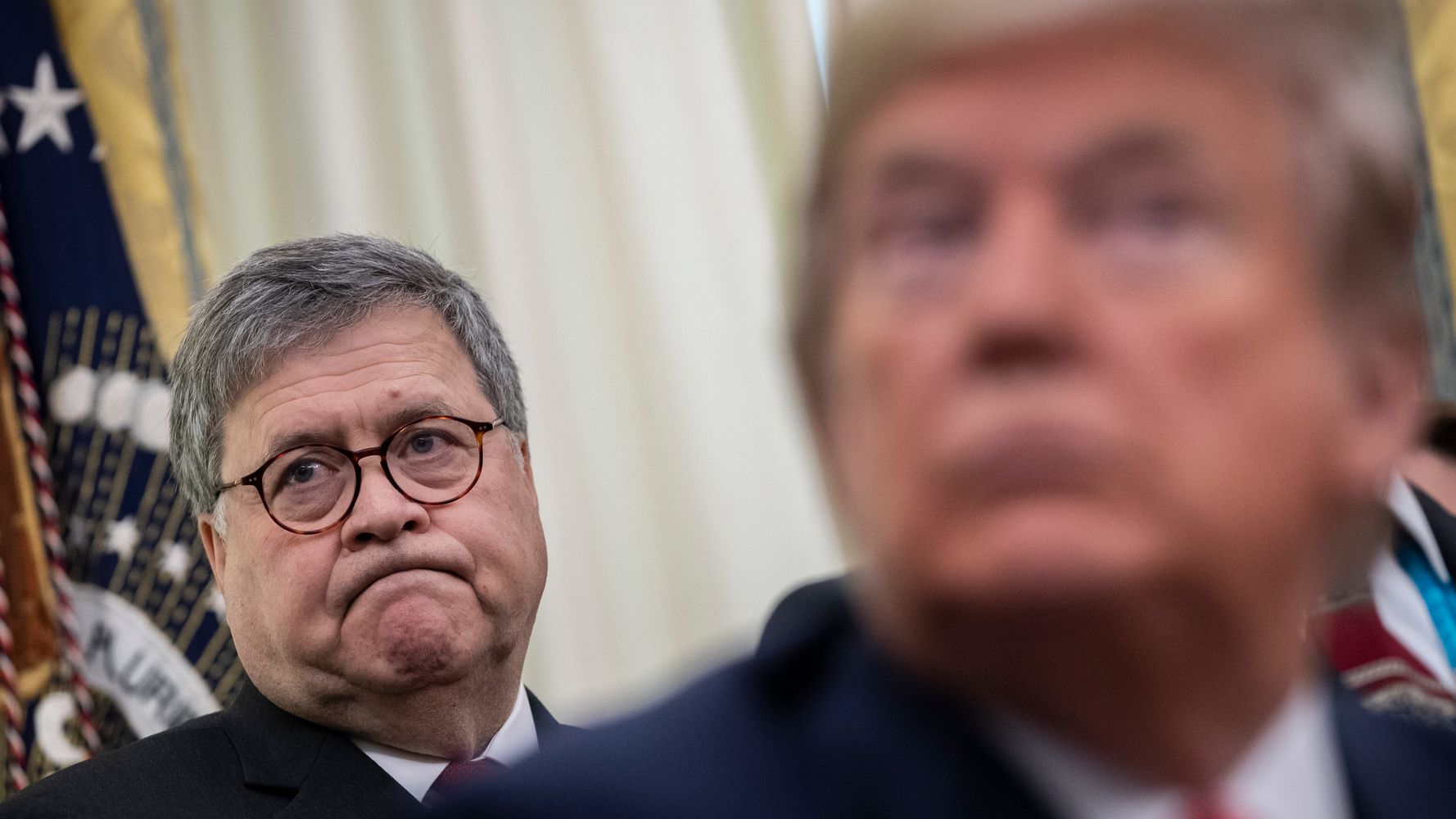 Attorney General William Barr on Thursday appeared to chide Donald Trump when he claimed that his “constant background commentary” on Twitter and elsewhere makes it “impossible for me to do my job.”

Critics suggested Barr’s comments to ABC News were simply a coordinated attempt between him and Trump to defuse the outrage sparked by his Department of Justice’s walk-back of the sentencing recommendation for Trump’s longtime ally Roger Stone, which Trump had fiercely disagreed with.

Barr claimed his intervention in the case was not influenced by Trump.

“I’m not going to be bullied or influenced by anybody….whether it’s Congress, newspaper editorial boards, or the president,” Bill Barr tells @ABC News.

“I cannot do my job here at the department with a constant background commentary that undercuts me.” https://t.co/14rnEMD65c pic.twitter.com/QuoTgpUVHp

Michael Steele, the former chairman of the Republican National Committee, claimed it could be “a carefully staged message to cool down pissed of DOJ attys whom Barr undercut & to avoid any further internal strife.”

“This message does not get sideways with Trump because he’s already done what Trump wanted,” he tweeted.

Slow your roll if you think Barr is breaking from Trump. This was a carefully staged message to cool down pissed off DOJ attys whom Barr undercut & to avoid any further internal strife. This message does not get sideways with Trump because he’s already done what Trump wanted. https://t.co/jYWYJFovpO

Rep. Val Demings (D-Fla.) told CNN’s Erin Burnett that she “would not be surprised” if Barr and Trump had been “in cahoots in terms of Barr making a public statement to the American people.”

.@RepValDemings says she wouldn’t be surprised if Attorney General William Barr and the President were “in cahoots” regarding Barr’s comments about Trump’s tweets.https://t.co/jZ6NkoORWt pic.twitter.com/nWZHud9po3

MSNBC’s Rachel Maddow urged her viewers not to “abandon our powers of reasoning and common sense” about the “official lie that was rolled out today to try to alleviate this crisis.”

“Nobody is buying this,” he added.

Movie director Judd Apatow was among those to call “BS” or “bullshit” on Barr’s claims.

BS. He is not pushing back. It’s a drama created to cover up corruption. https://t.co/TLCxoey4iK

And others called it “nonsense theatrics” and “show and coverup.”

This is absolutely nonsense theatrics and I don’t buy if for one moment. Barr interfered in the Stone case for purely political reasons and Barr’s sole problem is the inconvenience of Trump saying it out loud. https://t.co/rAVeMo9u9s

Barr’s comments are show and coverup.

Barr on Trump: “I think it’s time to stop the tweeting about Department of Justice criminal cases”

If you believe Barr is being sincere, you probably also believe his “summary” of the Mueller report. https://t.co/4WmyFND6t0

Barr is more insidious than Trump. Trump’s a #CarnivalBarkerClown that lies because he doesn’t even know what the truth is, This liar knows the truth & exactly how to hide it. Unfortunately the clown Barr protects keeps blowing his cover at being the one covering everything up. https://t.co/byrnjoJvG5

I call bullshit. What Bill Barr REALLY means is that Trump’s tweets saying the quiet part out loud are making it harder for him to do the crimes and cover-up. So speaketh the #CoverupGeneral. https://t.co/x8vkBJ9tGr

So Barr says Trump’s tweets make it ‘impossible for me to do my job?” As in his job of letting the President undermine the rule of law?

I think Bill Barr is shrewd, deliberate, smart, calculating, careful, and full of it

Why does the ⁦@washingtonpost⁩ take this seriously? Why repeat the line Barr is feeding you, as if this is somehow genuine? We expect so much more of our free press. https://t.co/L6a123Wcrm

Imagine believing this gelatinous tower of bullshit let alone repeating it as if it were fact. https://t.co/F1nmkLk9u4

So you’re resigning, Bill Barr? No? OK, then this is bullshit whitewash obvious to everybody. https://t.co/CsmA4jtCpT