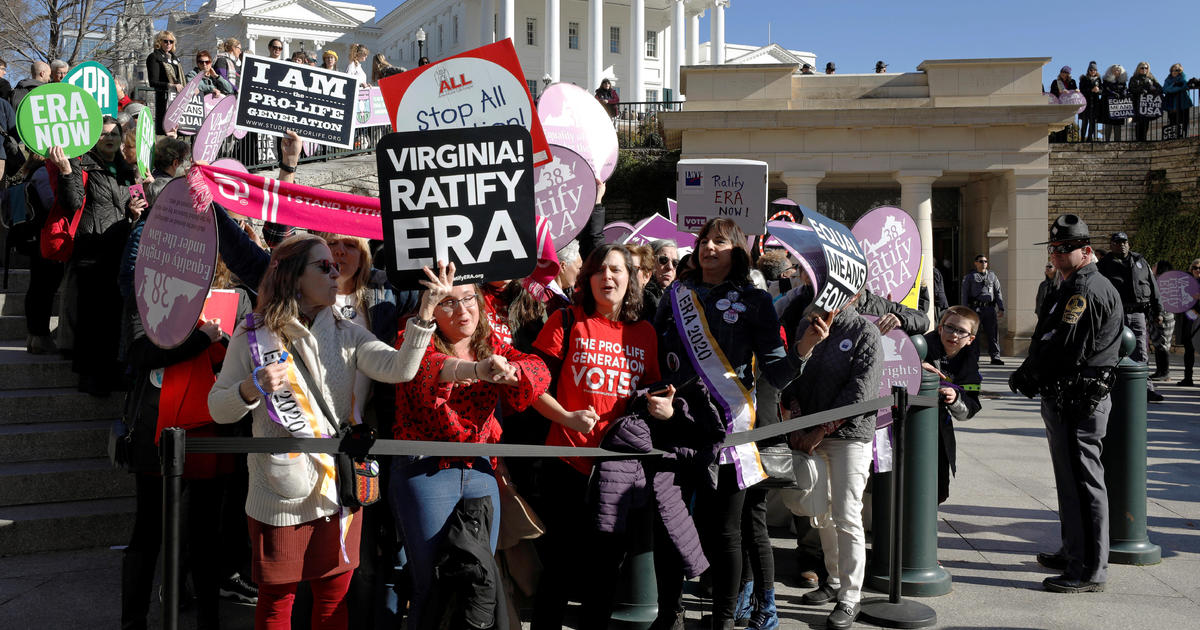 Supporters of the Equal Rights Amendment celebrated on Wednesday when Virginia became the 38th state to approve the resolution. The measure to officially prohibit discrimination based on sex was approved by Congress back in 1972, but only 35 states passed it before the 1982 deadline, three short of the three-fourths majority needed for ratification.

In the past three years, legislatures in Nevada, Illinois, and now Virginia appear to have pushed the ERA over the hump. But now, supporters will have to argue that the 1982 deadline is not binding and the support from 35 states in the 1970s should be counted now to add the amendment to the Constitution, CBS News correspondent Jan Crawford reports.

“The only way that we can guarantee gender equality is for it to be enshrined in the United States Constitution. That’s what today means to me,” said Donna Granski, who has been fighting for the amendment since the 1970s.

In the 70s, the ERA had support from high-profile women, including Republican First Lady Betty Ford who spoke out on the issue because of “deep personal conviction.” But it also saw opposition from women like conservative lawyer Phyllis Schlafly, whose anti-ERA movement helped bring the amendment to a halt.

“You’ve got to be kidding to say we should support something that would require our daughters to be in combat in the next war,” she said at the time.

“It will cause harm to women in all kinds of other areas without giving them any benefit,” she argued.

Still, supporters saw Virginia’s approval as a victory for future generations. A young girl called it “empowering to see it get passed and to see that I can have an equal future.”

The measure has to clear another set of votes and then the governor is expected to sign it.