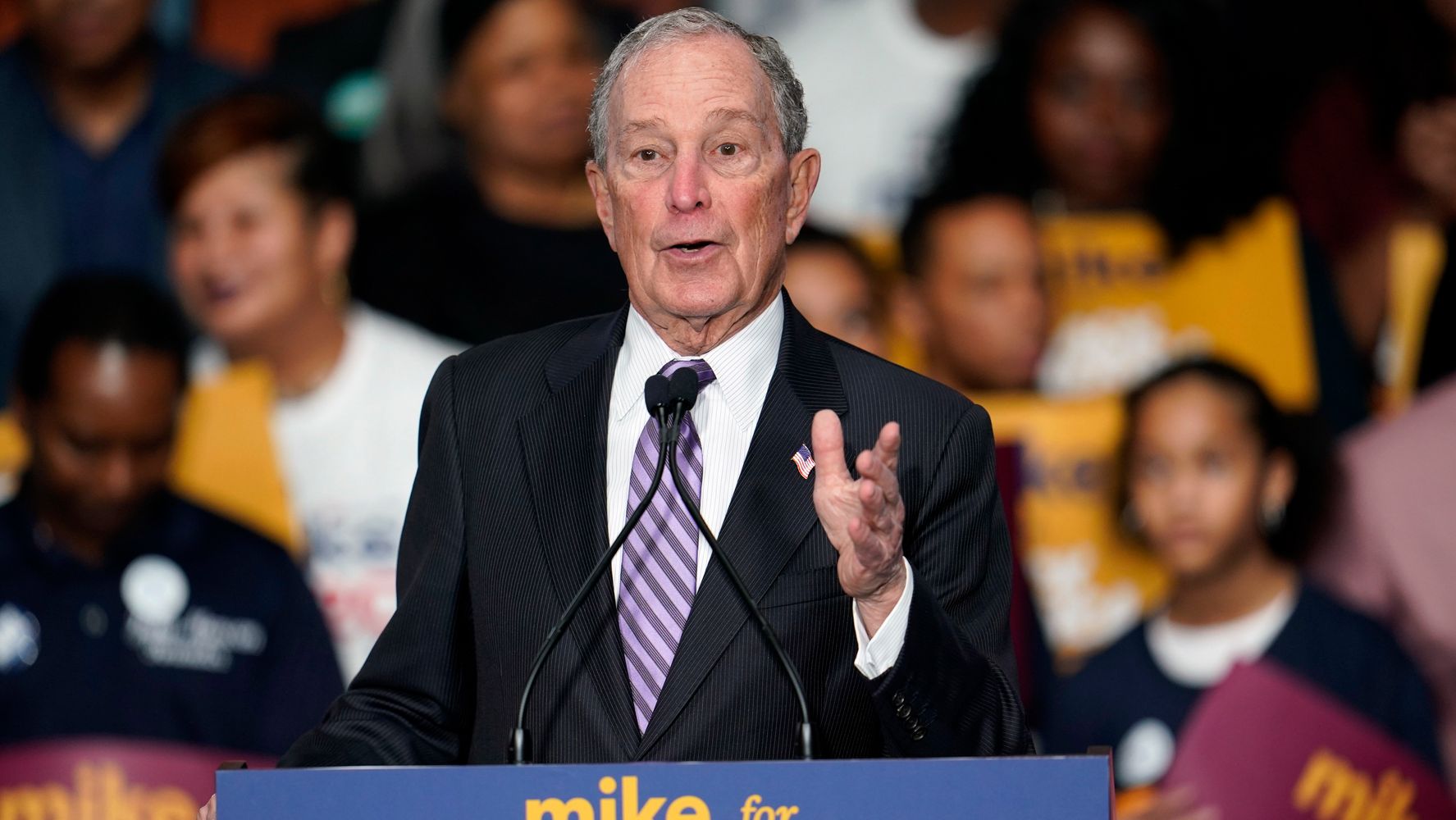 WASHINGTON (AP) — Democratic presidential candidates hoping to revive their flagging campaigns increasingly took aim at Michael Bloomberg on Thursday, blasting their billionaire rival for trying to buy his way into the White House and raising questions about his commitment to racial equality.

Struggling to recover from poor showings in the Iowa caucuses and New Hampshire primary, Elizabeth Warren and Joe Biden took the lead in attacking Bloomberg. Biden, the former vice president, said on ABC’s “The View” that “I don’t think you can buy an election,” while Warren took Bloomberg to task for his 2008 comments that ending a discriminatory housing practice helped trigger the economic meltdown.

Biden and billionaire Tom Steyer also joined forces in slamming Bernie Sanders after the Vermont senator and self-described democratic socialist won New Hampshire and essentially tied for the lead in Iowa with Pete Buttigeig, the former mayor of South Bend, Indiana. Biden said Sanders hadn’t done enough to explain how he’d pay for his “Medicare for All” proposal to replace private insurance with a government-run program. Steyer said that “refusal to tell us how he will pay for his plan adds unnecessary financial risk to achieving health care as a right for every person.”

Voters, Steyer said, “should have all the facts.”

The sniping reflects the remarkably fluid state of the Democratic race even after two states that typically winnow presidential fields have already voted. The White House hopefuls are trying to blunt Bloomberg, who gained attention by flooding the national airwaves with hundreds of millions of dollars in advertisements and is on the verge of being admitted into next week’s presidential debate. And the lagging candidates are trying to prove that they still have the mettle to stay in the race, even if their path is becoming increasingly difficult.

Warren told The Associated Press on Thursday that she has raised $6 million since the Feb. 3 Iowa caucuses, a haul that could silence questions about whether she will soon leave the campaign because of her disappointing showings so far. She called the race “wide open.”

That’s especially true as moderates are struggling to coalesce around a candidate. Biden has long argued that he’s the most electable, in part because his centrist approach has broad appeal and could make it easier for Democrats to defeat President Donald Trump in the fall. That’s at risk of being undermined by his middling finish in Iowa and New Hampshire. He’s now staking his campaign on success in the Feb. 29 South Carolina primary, which is the first race in a state with a significant black population.

But before then, candidates will face voters in Nevada, which holds its Democratic caucuses on Feb. 22. Minnesota Sen. Amy Klobuchar, whose moderate presidential campaign surpassed expectations in New Hampshire this week, raced to Nevada after a Senate vote Thursday to try to keep momentum going.

Biden received more bad news when Nevada’s most politically powerful union, the casino workers’ Culinary Union, said it wouldn’t endorse any of the candidates before the state’s caucuses. The former vice president warned his supporters on Wednesday that an endorsement was unlikely, but the confirmation of that was still a blow.

“We’ve known Vice President Biden for many years. We know he’s been our friend,” Geoconda Argüello-Kline, the secretary-treasurer for the Culinary Union, said at a Thursday afternoon news conference. “We know all of these candidates, and we respect each one of them.”

Buttigieg, who placed second in New Hampshire, is also expected to make a big play for Nevada. But the state could pose a challenge for him as it’s the first place he’ll have to win over voters of color, something polls have suggested would be difficult.

The result is a muddled middle lane in the primary as Sanders is poised to keep squeaking out victories. On Capitol Hill, Sanders said he thinks “we’re on a path to win the nomination.”

“The key to defeating Trump is to have the largest voter turnout in American history,” he said. “And I think we have the campaign — for a variety of reasons — to do that.”

Backers of more moderate candidates, meanwhile, are beginning to worry. Sen. Dianne Feinstein, D-Calif., expressed concerns that multiple centrist Democrats in the race might stretch out the primary season.

“We have so many in the primary,” said Feinstein, who has backed Biden. “That’s what complicates it all. … It has to sort itself out.”

Biden said Bloomberg will have to defend his record on the debate stage, and he said he doubted there would be contested convention.

As the candidates fight, Bloomberg has tried to appear above the fray, mostly maintaining his focus on the delegate-rich swath of states that vote on March 3. He spent part of Thursday campaigning in North Carolina, where he didn’t respond to any of his Democratic rivals’ attacks.

Bloomberg rarely mentions his rivals by name but has started making implicit criticisms of Sanders.

“We know the Trump strategy — he makes plans look unaffordable and unreasonable and undoable. Well, that’s not going to work against me,” Bloomberg told hundreds in Raleigh, contrasting Sanders, who has promoted massive government spending to expand health care coverage but also to eliminate debt and combat climate change.

Campaigning with Bloomberg, Steve Benjamin, the mayor of Columbia, South Carolina, said the candidate is “rapidly ascending” in polls and, “as a result, he’s going to take a whole lot of incoming fire and arrows.”

“This is an opportunity to show the resiliency of this campaign,” Benjamin said.

Bloomberg did opt to hit back at Trump, who has repeatedly mocked the former mayor in a series of tweets. Bloomberg tweeted in response: “We know many of the same people in NY. Behind your back they laugh at you & call you a carnival barking clown. They know you inherited a fortune & squandered it with stupid deals and incompetence. I have the record & the resources to defeat you. And I will.”

Catch up on the 2020 election campaign with AP experts on our weekly politics podcast, “Ground Game.”