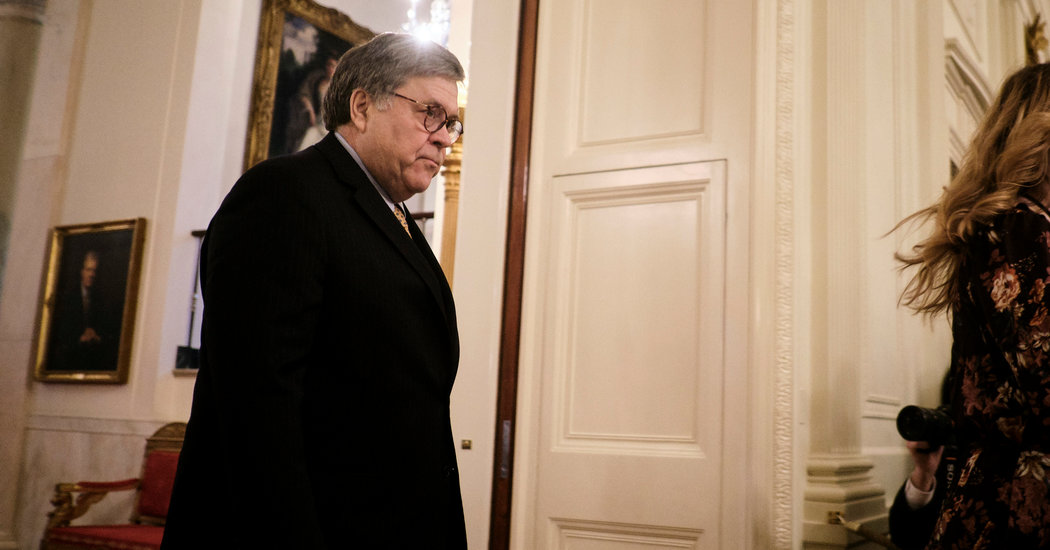 Attorney General William Barr would have us believe that among the tens of thousands of criminal cases prosecuted annually in the United States, his reaching down to modify the sentencing recommendations in only one case, that of the president’s friend Roger Stone, is a normal part of his job and not a corrupt favor to Mr. Trump.

His Kabuki theater act feigning dismay over the president’s tweets criticizing the Justice Department is more likely a clever feint to divert attention away from his own malfeasance than an expression of real dismay over Mr. Trump’s behavior.

Attorney General William Barr has been a bit slower than most of us to understand who Donald Trump is. But now he has apparently caught on: Mr. Trump, he says, is making it “impossible for me to do my job.” So does Mr. Barr have the integrity to resign, as some other Justice Department officials have done? Or will he remain in office, collecting a paycheck for the duties he says he cannot perform?