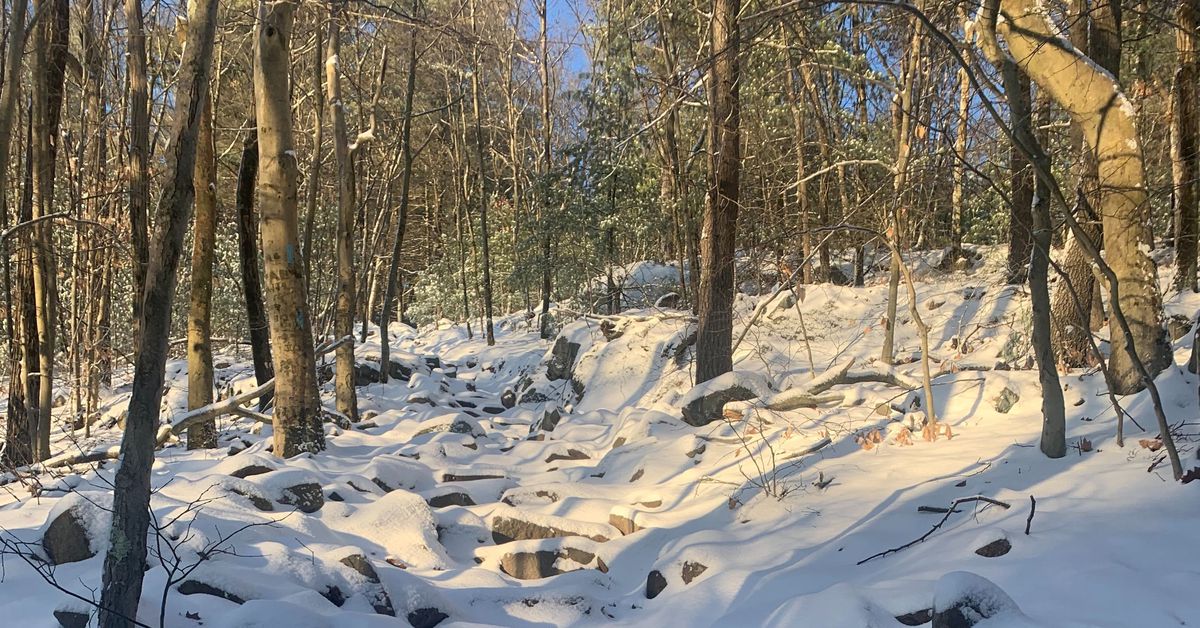 The freezing rain was coming down harder, drenching my body and adding to the discomfort from the layer of slushy snow soaking my feet. The slop on the ground made footing treacherous. It was like running up sand dunes, but with sleet instead of sunshine hitting my face.

I was halfway through a hill workout that seemed like it would never end when I suddenly realized I didn’t want to be anywhere else in the world. From a lookout on top of the hill I could see lines of cars battling for position in a losing effort against the hell that is Boston rush-hour traffic.

A choice presented itself. I could be miserable or I could be grateful for the opportunity to run. I chose gratitude.

After jogging back down the hill, I bowed my head and took a moment to appreciate the stillness of the snowy woods. With my spirit renewed, I tacked on an extra rep for good measure and finished the run with a leisurely loop around a frozen pond. Out of the rain and back inside my trusty old Subaru — 15 years, still drives like a champ — I had warm clothes and hot coffee waiting. It was so, so good.

I used to view running as a means to an end; a way to stay in shape physically and remain sharp mentally. That approach, while well-intentioned, was a recipe for burnout. When I had good days I felt unstoppable, but when my runs were subpar I felt broken and defeated.

Smoothing out those peaks and valleys is one of my big picture goals for this year and one of the ways I can get there is by attaching meaning to each and every run. Some days are harder than others, but ones like this are obvious. I need hill work to prepare for my races and my goal for the week was to top 7,000 feet of climbing. So I ran up a slushy hill seven times in the sleet.

To reach my goal I still needed a monster effort on Sunday. Over four hours in the Blue Hills south of Boston, I cranked out 16 miles of gnarly terrain with over 3,000 feet of climbing, including a six-mile stretch on the notorious Skyline trail. (Rule of thumb: If you’re ever in an unfamiliar setting and one of the trails is called ‘Skyline,’ you’re guaranteed a workout.)

Running Skyline is a bit of a misnomer because it involves steep stretches where power hiking is the only viable option. Even the flatter, more runnable parts are littered with jagged rocks and roots. It’s like somebody took a hunk of the Appalachian Trail and dropped it into the middle of a state park.

The only way to get better at something like Skyline is with practice. I viewed it as an opportunity to test my fitness and experiment with gear options. For example, I have limited experience with trekking poles, so I stashed a collapsible pair in my pack and broke them out once I reached Skyline.

The verdict: They helped on the uphills but I found them distracting and cumbersome on the descents. That’s good intel that I’ll apply for my race in the Blue Hills in April. My workout covered the first half of the 50K course, and every Sunday I’ve been exploring different sections.

The long Sunday run is more than a staple of training. It’s become a ritual I prepare my mind and body for each week. I get up around 5 a.m. and get to the trail just as the sun begins to rise. In addition to an awesome workout, it’s a chance to disconnect from everyday life and immerse myself in the natural world.

From childhood through confirmation, my Sunday mornings had been given over to attending Catholic mass. While decidedly lapsed, I still think of myself as Catholic on some level and my absence from regular services left a spiritual hole.

When I started training seriously again it dawned on me that the long Sunday run had become my new weekly devotional. It involved dedication, sacrifice, and the opportunity to experience transcendence through suffering. What Catholic could resist that pitch?

It’s hard to say what I am now. Some combination of zen stoicism with a bit of non-dogmatic Catholicism and a touch of mysticism derived from kundalini meditation practice all rolled into a quest for inner peace and cosmic understanding. That’s a lot of isms, but for now I’m content to explore these disciplines and see where they take me.

I make no apologies if any of that sounds blasphemous or inappropriately appropriating culturally. My intent is pure and my spiritual path is my own.

With my Sunday run in the books, I reached my climbing goal with a few hundred feet left over to spare. I’ve got a few minor aches that need attention, but nothing I can’t manage as I continue to build my mileage base. As ever, I’m grateful for my health and the opportunity to continue my journey.