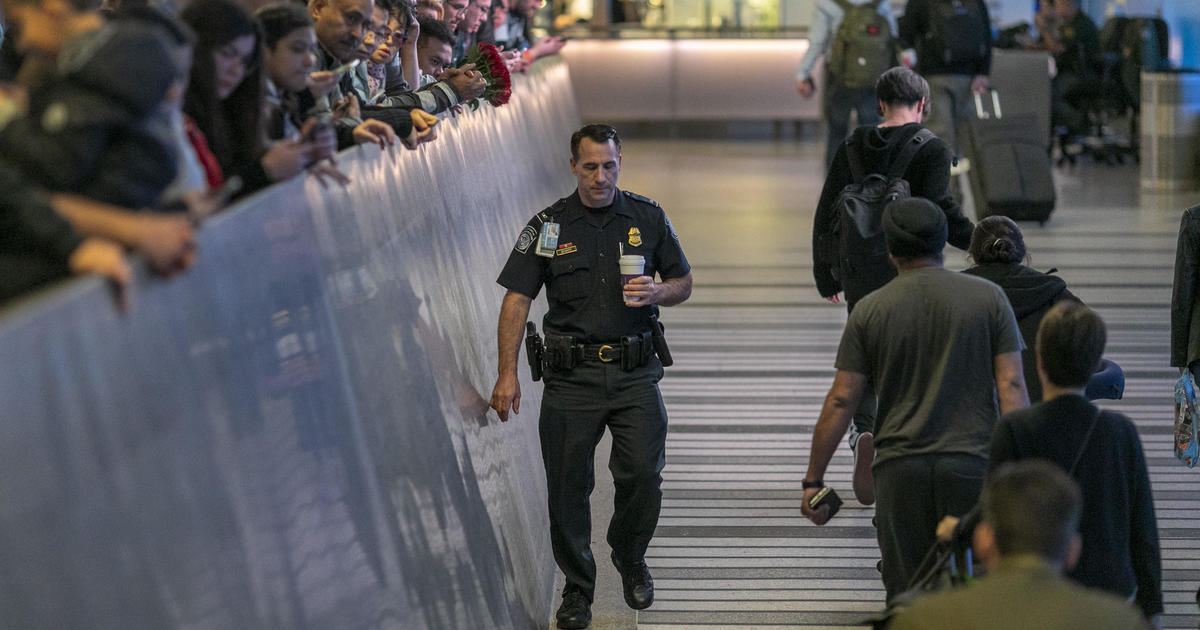 Washington — The Trump administration on Friday unveiled a new set of immigration restrictions on six countries in Africa and Asia, expanding the so-called travel ban that has been denounced as discriminatory by critics.

The move adds Nigeria, Eritrea, Sudan, Tanzania, Myanmar and Kyrgyzstan to the third version of President Trump’s travel ban, a policy that elicited confusion and massive uproar during his first days in office when he banned most travelers and immigrants from seven predominantly Muslim nations. The proclamation signed by the president on Friday also maintains the restrictions currently in place for Iran, Libya, Somalia, Syria, Yemen, Venezuela and North Korea.

Under the new proclamation, people from Nigeria, Myanmar, Kyrgyzstan and Eritrea will be ineligible for immigrant visas to move to the U.S., while citizens of Sudan and Tanzania will be prohibited from enrolling in the diversity visa lottery — a program that Mr. Trump and immigration hawks have long railed against. Residents of the six countries will still be eligible for short-term business and tourist visas.

Immigrant visas petitioners from the new group of countries could be eligible for waivers and exemptions under the order, which is slated to take effect February 22, according to senior officials from the Department of Homeland Security, which oversees the restrictions.

Friday’s expansion was the culmination of a “comprehensive” assessment by the department and is designed to ensure the designated countries improve information-sharing, vetting procedures and other security safeguards, administration officials said on a call with reporters Friday. The six nations could have their restrictions lifted if they address these concerns, the officials added.

Despite assurances by officials that the restrictions were solely grounded in national security concerns, Democrats said there was still a discriminatory intent underpinning the expansion. Texas Congresswoman Sheila Jackson Lee said the administration could’ve included other countries that pose national security concerns in the ban, but that it chose to only add countries with populations of color.

On the same call, fellow Democratic Congressman Joe Neguse of Colorado portrayed the new list of countries as a move by the administration to continue its efforts to severely restrict immigration without the consent of Congress.

“The data speaks for itself. It is clear that this administration, and they have been unabashed about it, they are doing everything they can to restrict immigration, of all kinds,” Neguse said, pointing to Nigeria, one of the countries on the new list.

With more than 210 million inhabitants, Nigeria is Africa’s most populous country and the largest source of African immigration to the U.S. According to a 2016 estimate by the U.S. Census Bureau, nearly 400,000 people in the U.S. reported having Nigerian ancestry. Like Sudan and Kyrgyzstan, Nigeria is also a Muslim-majority country.

According to The New York Times, Mr. Trump in 2017 criticized Nigerian immigration, reportedly saying immigrants from there would not “go back to their huts” once in the U.S. The president has also reportedly referred to African nations as “sh*thole countries.”

After the first order was held up in court, a second iteration of the ban, which removed Iraq from the list and added travel restrictions on Chad, Venezuela and North Korea, was unveiled in March 2017. That order was also struck down in court, with a federal judge saying it discriminated against Muslims.

The third and current version of the ban was issued in the fall of 2017 and ultimately upheld by the Supreme Court in the summer of 2018, with the conservative justices citing the president’s broad authority to restrict the entry of foreigners on national security grounds. In her dissent, Justice Sonia Sotomayor said the court’s majority failed to consider the president’s rhetoric towards Muslims.

“By blindly accepting the Government’s misguided invitation to sanction a discriminatory policy motivated by animosity toward a disfavored group, all in the name of a superficial claim of national security, the Court redeploys the same dangerous logic underlying Korematsu and merely replaces one ‘gravely wrong’ decision with another,” Sotomayor wrote, referring to the Court’s ruling in 1944 which effectively allowed President Roosevelt to continue interning Japanese Americans.

The American Civil Liberties Union (ACLU), which has mounted legal challenges against the different versions of the travel ban, was quick to condemn Friday’s expansion.

“The ban should be ended, not expanded. President Trump is doubling down on his signature anti-Muslim policy — and using the ban as a way to put even more of his prejudices into practice by excluding more communities of color,” Omar Jadwat, director of the ACLU’s Immigrants’ Rights Project, said in a statement. “Families, universities, and businesses in the United States are paying an ever-higher price for President Trump’s ignorance and racism.”