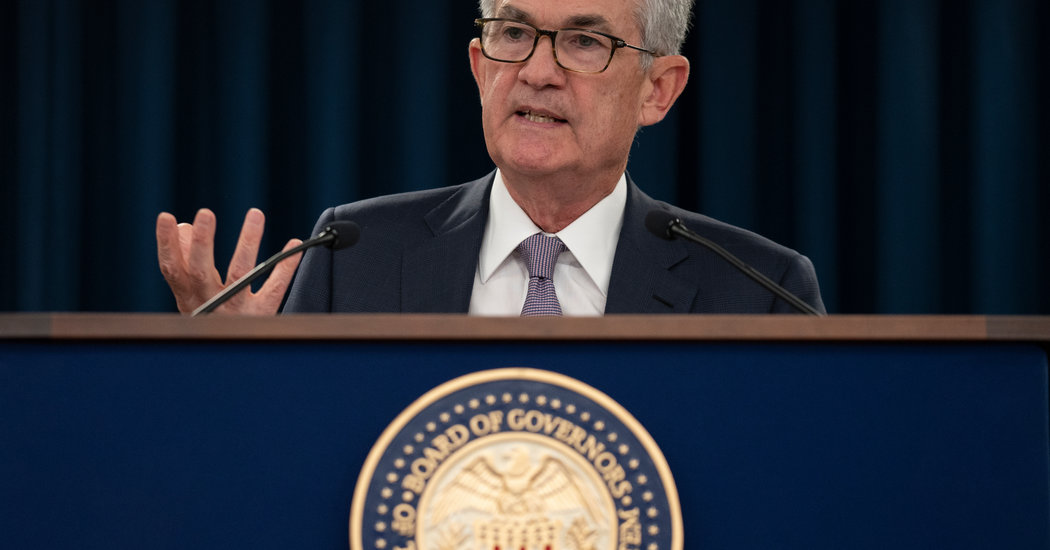 WASHINGTON — President Trump’s nonstop attacks on the Federal Reserve have raised eyebrows and broken with recent presidential norms. But an Aug. 23 tweet in which Mr. Trump called the Fed chair, Jerome H. Powell, an “enemy” of America appears to have prompted some hand-wringing inside the central bank.

“My only question is, who is our bigger enemy, Jay Powell or Chairman Xi?” Mr. Trump wrote, just moments after Mr. Powell wrapped up a speech at the monetary policy world’s top annual conference in Jackson, Wyo.

Mr. Trump, who himself nominated Mr. Powell to lead the Fed, had long complained about the central bank’s 2018 rate increases and had griped that officials were too slow in reversing course. But suggesting America’s most important economic leader was an enemy sent shock-waves through the economics profession — and spurred an email chain at the Fed itself.

Minutes after the president posted his tweet, the Fed’s communications director, Michelle Smith, sent an email to Richard Clarida, the Fed vice chair, with a screenshot of the tweets, based on documents released through a Freedom of Information Act request.

That message met with a positive reaction from Mr. Powell, who replied with one word: “Terrific.”

Mr. Powell has not responded to Mr. Trump’s attacks, even when they are personal. He has repeatedly said that the Fed, which is independent of the White House, does not take politics into consideration.

But Mr. Powell has spent much of his tenure shoring up support on Capitol Hill, meeting with lawmakers from both parties, who routinely give the chair high marks. Their view of the chair matters, because while the president nominates members to the Fed’s Board of Governors, the White House has no other significant power over the central bank. Monetary policymakers answer to Congress.

That reality has not stopped Mr. Trump’s steady drumbeat of criticism. While the Fed cut rates two times after the August tweet, Mr. Trump has continued to blast the central bank. He said this week that “the Fed should get smart” and lower interest rates, and has tweeted about Mr. Powell personally 13 more times.

It is not all talk. Mr. Trump has recently nominated a Fed critic, Judy Shelton, to sit among the Fed’s leadership in Washington. Her confirmation hearing — along with that for Christopher Waller, a more conventional pick — could come as soon as Feb. 13, according to a person familiar with the scheduling.