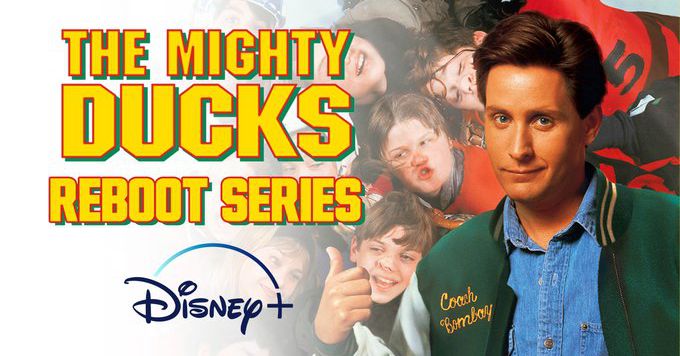 The Mighty Ducks will be returning to our screens soon, and it’s the dose of wholesome nostalgia we need during these trying times. According to a report from Discussing Film there is a reboot series now planning to launch on Disney’s upcoming streaming service Disney Plus.

Rumors on the possibility of a new series dated back to early 2018. A report in the Hollywood Reporter, at the time didn’t indicate whether we would see a new, modern version of the story — or a return to the 90s classic.

On Friday, it was announced that Estevez will be back and reprising his role as Coach Bombay.

There were two major routes the show could go:

There were pros and cons to both ideas. The former would be interesting to see The Mighty Ducks reworked with a new cast of characters, but the latter has that nostalgia angle. It could be really cool, provided the show doesn’t suck like Fuller House did.

What makes this so exciting is that most of the original cast are still acting, and outside of Joshua Jackson (currently on Showtime’s The Affair) and Elden Henson (Daredevil) it wouldn’t be too difficult to get the gang back together. Estevez recently worked on his independent film The Public, which he wrote, directed, and starred in — but outside of that hasn’t had a major role since 2012.

When it comes to the early-’90s sports dramedy, The Sandlot and The Mighty Ducks stand alone. Most people like both of them, but you tend to fall into one camp or another. I always loved The Mighty Ducks, where I learned the importance of hard work, always believing in yourself, and that a Knucklepuck is utterly unstoppable.

The TV project is still in early stages, but goodness, we are excited.