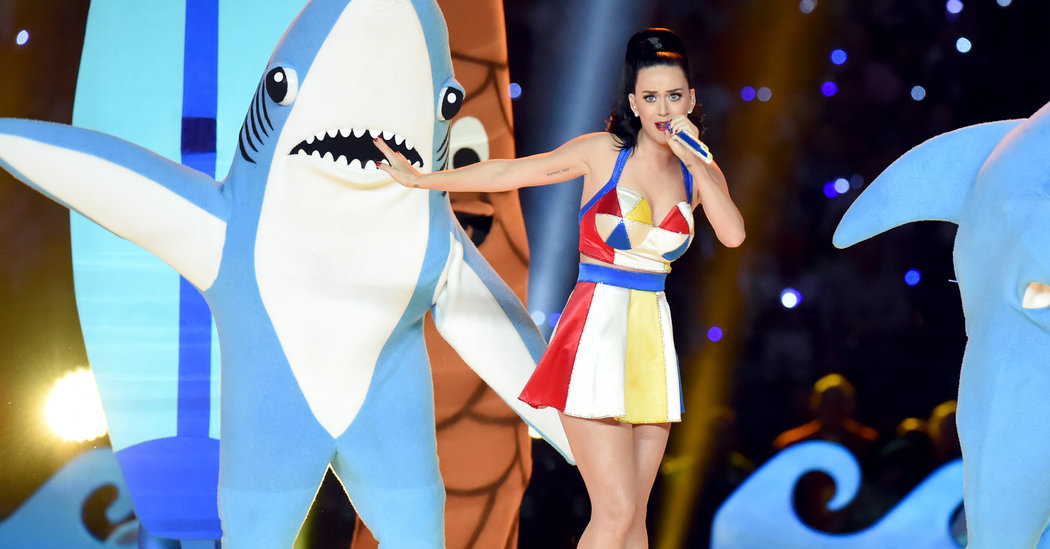 AUSTIN CONSIDINE Friends: I know what I’m doing Sunday. I know what you’re doing Sunday. As full-time culture journalists, to ignore the Super Bowl would be a gross dereliction of duty. That’s because the Super Bowl isn’t just a game. It’s the halftime show; it’s the ads; it’s the chips and guac. It is sport but also music, dance, costumes, TV production and stage design — a pop culture event greater than the sum of its parts.

Perhaps most important, it was watched last year by roughly 100 million people: In a world of on-demand entertainment, the Super Bowl is one of the last true vestiges of an era when we all watched the same things at the same time.

But I, like a lot of sports fans, have struggled in recent years to reconcile what is beautiful about the game with what is ugly. First, there’s the degenerative brain disease linked to repeated head hits — not only to concussions — which the N.F.L. actively worked to conceal. Then there are the league’s troubles with domestic abuse and race. We could unpack those for days, but let it suffice to note that Tyreek Hill still has a job and Colin Kaepernick does not.

Some fans have learned to tolerate the cognitive dissonance, or to square their free enjoyment with the ostensible free will of the players. Others, like me, have trouble shouldering our complicity with football’s worst elements and have mostly stopped watching. But regardless, fans or not, we mostly show up for the Super Bowl. Why is that?

WESLEY MORRIS Austin, I, too, have consumed less football in the last five years because the hits can be hard to watch, because the punitive, allegedly apolitical stances of the league are themselves paradoxically political. There are many amazing physical achievements in this sport. There’s endless ridiculousness. The choreographed end-zone celebration, for instance, has gleefully migrated to other sports. And the league, in spite of itself, has a muscular charitable wing.

This is to say that loving the N.F.L. means putting up with a lot. But its outsize popularity also seems a partial answer to the moral riddle that’s so openly vexed us these past two or three years. How do we enjoy the work of bad, unpleasant, corrupt people and institutions? Of criminals? Does opting into the Super Bowl experience then condone the problems of football? Can spectatorship be anything but an endorsement? It’s the conundrum of a capitalist society to the extent that it’s truly a conundrum at all.

CARYN GANZ Football is the quintessential problematic fave. And like Michael Jackson, it’s too challenging to cancel, too big to fail, too embedded in the fabric of American leisure to rip out. (For now, at least.) The Super Bowl is drama, emotion, identity, catharsis, spectacle, skill, power: It’s nearly impossible to find a viewer beyond its scope. It’s no longer possible to keep up with everything happening in television, movies, music and digital media, but the Super Bowl is one of the last gasps of the monoculture. It’s a given and a gimme: It has almost no barrier for entry — one network channel, one block of time when nobody is expected to be doing anything other than watching the Super Bowl.

And as for the ethical conundrum, ethics are under siege in every corner of our society: on social media, in Washington, in college admissions, on the music charts. In an era of “LOL nothing matters,” where does football rank on the scale of horrors? Even if your answer is “quite high,” there are 100 million other viewers willing to share the shame.

CONSIDINE Still, let’s be cleareyed: If you watch the Super Bowl, you are financially and ethically supporting the N.F.L. And yet, I rarely hear these issues surface when we talk about the Super Bowl as pop culture. I wonder why we’re so deferential? Has any Super Bowl happening or halftime show made a truly lasting cultural impact?

GANZ Oh yes, they have. Part of the power of the halftime show is its sheer reach. Music (like sports) is a powerful uniter, but so much of the way we experience it now is in isolation: via playlists shaped by our personal listening habits that are beamed directly into our headphones. A live stadium show allows 100,000 people to share an experience; the Grammys attracted 18.7 million viewers to its live broadcast. With the exception of the Eurovision song contest (which was watched by 182 million people last year), the Super Bowl is as big as it gets now for live music.

Few people (other than me) may recall which songs Madonna played during her set in 2012, but her halftime yielded a landmark pop culture moment: M.I.A. extending her middle finger on national TV. In the past decade, halftime’s meme-able mini-events have become almost as memorable as who won the game: Adam Levine’s bare torso (2019), Lady Gaga’s leap (2017), Beyoncé’s fierce “Formation” (2016), Left Shark (2015), even Bruce Springsteen’s crotch slide (2009). And we could talk about Prince’s Super Bowl all day long.

I also remember how the emotional properties of the Boston bar where I watched that game completely changed as her halftime show began. The Patriots were about to lose another Super Bowl to the Giants, and even though they were up (by a point) going into the second half, that woman and her friends seemed to lighten the mood. Men were mouthing along to “Open Your Heart.” But they were also happy to partake in the spectacle of a 53-year-old imposing her sexual-identity gender circus (a phalanx of beefcake transported her to the stage) upon a sport whose stated orientation points, non-negotiably, one way.

This is to say that the halftime show can be received multiple ways at once. It’s an event complicit in all that dismays us about American football as a whole and the N.F.L. especially: players’ physical and mental health; compensation and exploitation; the sanctioned conflation with the league and our military; the names. Kansas City’s excellent Super Bowl team is the Chiefs; and when fans are feeling confidently vicious, half the arms in the stadium begin to tomahawk chop. (They’re not the so-called Redskins, and yet the team brings with it many centuries of terrible history anytime it plays — anytime its “merch” is sold.)

But the halftime show is also an event wholly outside the problems of the sport. Its stars have been imported and occasionally seem eager to practice subversion, as Madonna and Beyoncé have; to practice an exuberant nothing, as Katy Perry has. It is what its stars fight for it to be. I’m enormously excited to see what J. Lo and Shakira have fought for.

We are, though, at a really fascinating place now. An aspect of the culture is asking these entertainers to consider what it means to partake in an event that could feature any number of problematic figures. (Tyreek Hill is a star Chief.) And on Madonna’s night, in 2012, Aaron Hernandez scored one of the Patriots’ touchdowns. Six months later, he shot and killed two men.

GANZ Halftime may hover in a space outside the problems of the sport, but it has its own crises related to football’s troubled racial and gender dynamics. Consider how the Super Bowl completely reshaped Janet Jackson’s career. Jackson had five No. 1 albums and was known as one of the biggest pop stars on the planet, but less than three seconds in 2004 — so-called “Nipplegate,” when her bare breast was exposed by Justin Timberlake during the last moments of their performance — rewrote her entire history, plunging her into years of purgatory. It only briefly affected Timberlake’s, since he has the luxury of being white and male. (Remember, he returned to headline halftime in 2018.)

CONSIDINE Does making Jennifer Lopez and Shakira the halftime show headliners — a first for Latinas — feel like a transparent scramble by the N.F.L. to virtue-signal? To be more charitable, it makes sense that the league might simply want to pay tribute to the Hispanic heritage of this year’s host city, Miami. But wasn’t the N.F.L. probably compelled to do something extra after the outspoken way in which multiple artists last year turned down the opportunity in support of Colin Kaepernick? And after Rihanna did the same this season?

GANZ Sports and music are two arenas in which the stars are mostly young and black but work in a structure still largely controlled by older white men. The idea that some of the most powerful players in the music industry shunned halftime last year is a compelling one. (Maroon 5 agreed to perform and paid some sort of karmic tax.) This year is the first under the partnership between Jay-Z’s Roc Nation and the league, an attempt to smooth over tensions and bring a crumb of social-justice work to the game. And it’s interesting that this year’s headliners are both Latin pop stars, and neither black nor rappers. The halftime show hasn’t had a black headliner since Beyoncé in 2013; the closest it’s come to a hip-hop headliner is the Black Eyed Peas. If football fans are perceived to be so conservative they’d switch the channel rather than watch rappers, why hasn’t country music ever been very welcome at halftime? Its last appearance came 17 years ago with Shania Twain.

CONSIDINE The dearth of country music at halftime is interesting when you consider that the singer most associated with the N.F.L. in recent years has been Carrie Underwood — and before that, Hank Williams Jr. For that reason, I suspect that country music wouldn’t actually be unwelcome by most football fans at halftime. I’m also interested in a reverse question: Why has non-country music always been welcome?

My guess is that with the exception of one Trump-fueled moment in which some conservative fans skipped a game or two, the league knows it has that demographic locked down, no matter who performs at halftime. The billing, then, is a chance for the N.F.L. to snag some extra eyeballs, and pop is a surefire way to do it.

In racial or political terms, I’ll wager many of those fans who objected to Kaepernick’s knee-taking fancy themselves quite open-minded — or at least magnanimously indifferent — regarding the race or style of the performers, same as with the players. If I’m right, then the N.F.L. risks little in ignoring those fans’ musical preferences for 15 minutes. Intolerant people make low-stakes claims to tolerance all the time. But that tolerance reveals its limits when, say, a black man takes a knee.

MORRIS Colin Kaepernick and Michael Bennett and their fellow protesting players knelt for ideals that I, too, believe in. Pleas for justice and equality are controversial coming only from black athletes expected — hired — to run, throw, catch and dunk. But the culture has moved past the protests. Kaepernick still has a sports job of sorts. He works for Nike. Meanwhile, the Super Bowl remains this idyllic vestige of who we thought we were. It’s Americana that like lots of Americana is built on a cemetery of sorts. We flock to it as we do because it’s a spectatorship department store — sports, ads, music.

A lot of us remember the alleged simpler times when it was easier to pretend that entertainment was all it was. On one Sunday, we can pause Everything Else and just enjoy a miraculous helmet catch or a commercial for a job-finding company. It’s also a stable structure. We all know it. We know it will never change and therefore never challenge most people to confront more than their losing team. There’s no M.C. to be urbane or smug or real. Setting aside the violence at its center, it’s safe, a haven from so much. History in the making but also passionately ahistorical. Americana on the one hand, sure. But also just America.