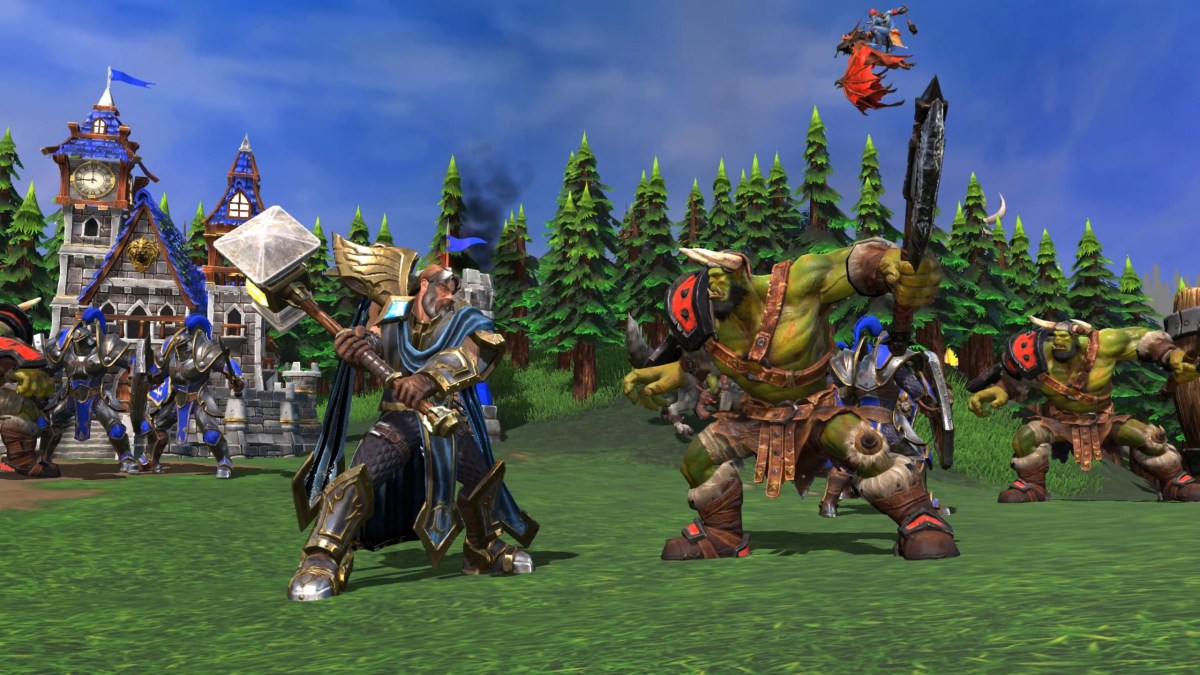 Warcraft III: Reforged came out earlier this week, and the response online has been full of negativity and angst.

Part of it is a reaction to some scaling back that Blizzard Entertainment did for the project. When it announced Warcraft III: Reforged in 2018, it promised things like upgraded cinematic cutscenes with movie-like camera angles, a new UI, and new voice-overs. In this week’s release, the UI looks like the original’s, and the game retains the original voices and simple cinematics.

Then there are the other problems. People experiencing bugs and connectivity issues. The release of Reforged also coinciding with the death of the original Warcraft III client, which means the removal of features like clans and automated tournaments. Then you have Blizzard’s declaration that it singularly owns anything that is created with the game’s custom map tools.

It’s all a bit of a mess, and I think it stems from one main problem. Blizzard couldn’t figure out if it wanted to make a remaster or a remake.

Now, both remasters and remakes are great. But you need to figure out what your goal is during development. Do you want to make something that is faithful to the original but makes it more accessible for current hardware? Or are you trying to reimagine a classic for a modern gaming audience?

We’ve had some great remasters in recent years. Heck, even within the real-time strategy genre, Age of Empires II: Definitive Edition makes the original classic look sharper thanks to 4K support and even offers new content with additional civilizations to play and new campaign missions.

There’s also one of my favorite games from last year, Tales of Vesperia: Definitive Edition. This was a relatively simple remaster, just up-scaling graphics a bit and adding some additional voiced lines. But it made the RPG, which used to only be available on the Xbox 360 in the U.S., available on modern platforms.

On the other side, developers could go for the remake route. And we’ve seen some fantastic remakes in the last few years. Resident Evil 2 was one of the best games of 2019. It took a classic and turned it into something newer, using the story, setting, and characters as a framework for an experience that feels as polished as any modern triple-A game. These kinds of remakes are fantastic, because they don’t respect the originals without trying to replace them. This is the same route that Square Enix is taking for Final Fantasy VII Remake, which is looking amazing. A new trailer dropped today, and I can’t stop watching it.

Those are the two best ways to approach re-releasing a classic game. Reforged is stuck to the middle. It doesn’t offer enough chances or anything different to feel like a new or modern experience, but it also looks too different from the original to be pleasant remaster. We do have the new graphics, and those are nice. But they aren’t amazing. The Resident Evil 2 remake is one of the best-looking games of the era. You wouldn’t say the same about Reforged.

I imagine that Reforged once had bigger ambitions, and those were cut back for whatever reason. That’s why so many people are frustrated or confused. It’s a half-measure that is replacing the original. Blizzard should have committed to a more ambitious re-imagining of Warcraft III, or Blizzard should have just focused on a simpler remastering project. And whatever Blizzard did, the original version of the game should have been left intact.

Going forward, I think that should be the lesson Blizzard learns from this. I still want to see the company focus on updating its classic games, but it may be best if it decides to work on remasters instead of remakes.

Or, at the very least, do a better job of communicating what you’re actually making.