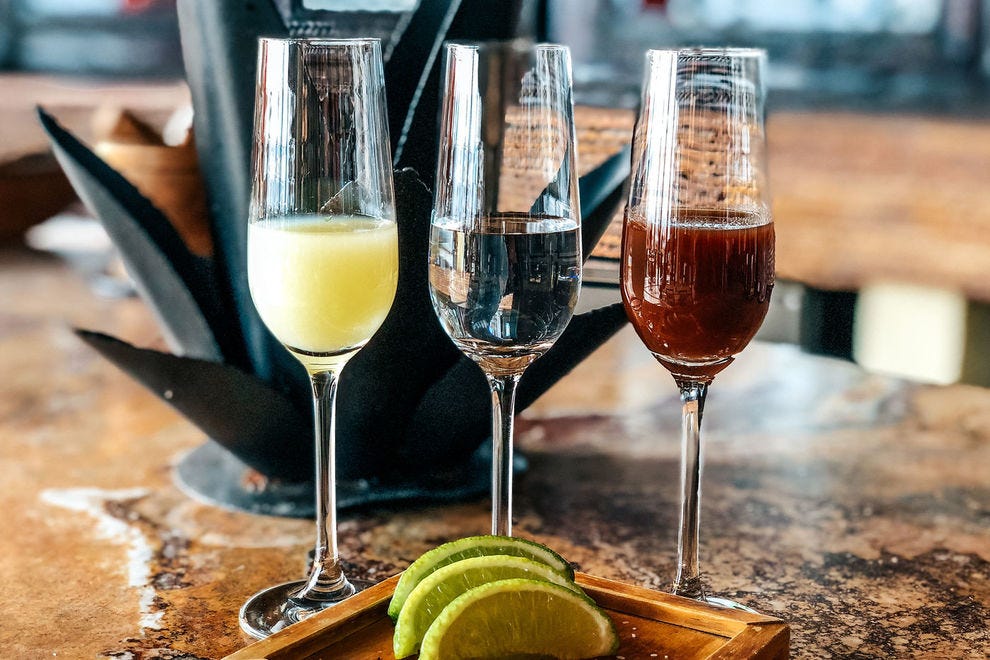 Tequila lovers may be very familiar with all sorts of colorful mixed cocktails featuring their favorite distilled spirit – from a zesty jalapeno Margarita to a refreshing Paloma to a sweet, brilliantly-hued Tequila Sunrise.

But there’s one distinctive tequila drink that’s remained under-the-radar in the United States. Unless you grew up in Mexico or are a frequent visitor to the country, chances are you may not have heard of it. It’s called “La Bandera” (meaning “the flag” in Spanish) and this beverage represents the country’s three official colors: red, white and green.

Although popular throughout Mexico, La Bandera is still largely unknown in other parts of the world. This unique drink gives new meaning to the “power of three,” as it’s served in three different double-sized “shot” glasses: one contains blanco (unaged) tequila, the second is filled with freshly-squeezed lime juice, and the third features a spicy tomato juice blend called “sangrita.”

But there’s more than meets the eye to this unassuming trio of vibrantly-colored glasses. Despite how this drink appears at first glance, the purpose is not to do quick shots, and slosh down the contents of each glass rapidly, but instead to leisurely savor the delightful, complementary flavor combination. Over and over in small sips.

The best part? You don’t need to sip the smooth tequila, tart lime juice and peppery sangrita in any order, either. This drink lets you be you. It’s your own personal preference.

David Hernandez is the bar manager at Waldorf Astoria Los Cabos Pedregal, a luxury beachfront resort on Mexico’s west coast that features several dining options and bars. He says, “This is actually a very common way to drink tequila in Mexico and a very special drink in our culture. So instead of a slice of lime, we prefer to sip the lime juice and sangrita while slowly sipping on a nice blanco tequila.” 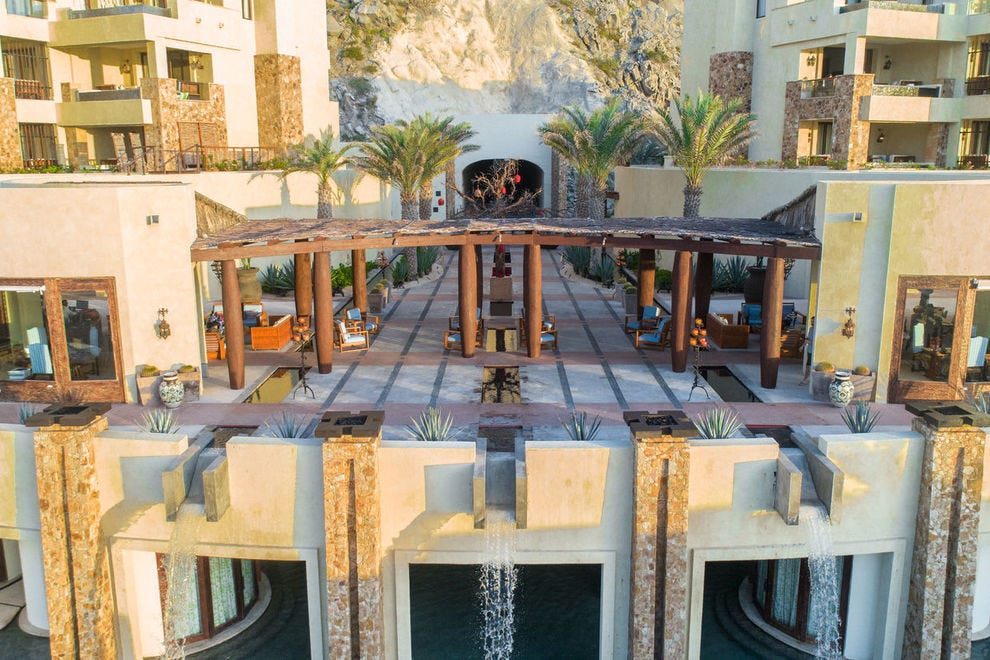 Not surprisingly, La Bandera is often a fixture at special holidays such as Mexico’s Independence Day (in September) and Revolution Day (in November). In fact, the green color of the lime juice represents independence in Mexico. The white represents the country’s unity and the word sangrita means “little blood’ in Spanish,” so it’s reflective of the revolutionaries who gave their lives for their country.

Hernandez added that he enjoys introducing the history and traditions of Mexico to his guests at the resort – especially when it involves the smooth taste of tequila. Although the drink may be a familiar menu item in Mexico, nearly every bar and restaurant has its own unique recipe for the sangrita. And the Waldorf Astoria Los Cabos Pedregal is no different.

Hernandez says that they created their own housemade sangrita. The concoction includes a dash of each: tomato juice, peach juice, orange juice, Tabasco sauce, homemade chile morita, salt and pepper.

In the United States, Huseyin Ozdemir is the food and beverage manager at the Cantina Beach restaurant, located at the luxurious Ritz-Carlton Key Biscayne, Miami. He’s been serving the La Bandera drink for over seven years and found that it’s become a favorite among guests.

He said, “It’s a drink that you can request at any bar in Mexico, and the bartender will know and serve it, even if it’s not on the menu. The drink isn’t only colorful but patriotic. It also allows us to enjoy some of our favorite beverages – sangrita and tequila – together.” 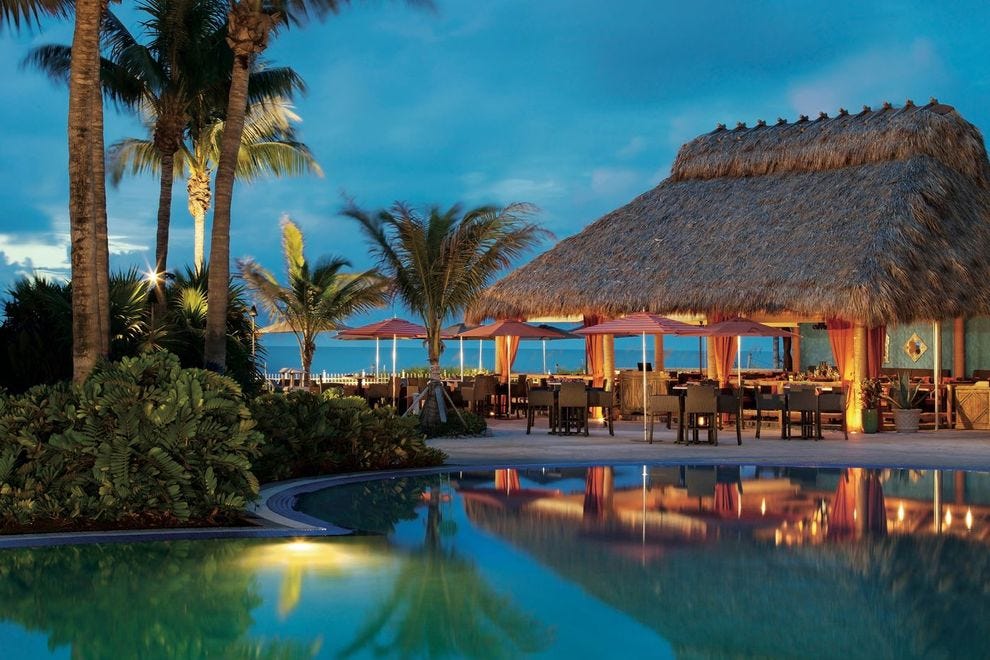 Ozdemir explained that unless his customers are very familiar with Mexican culture, the drink is usually a new experience for them – and they often instantly become hooked on this fun and tasty cocktail. After all, for newbies, it’s a cultural learning experience.

He continued, “Many of our guests are well-traveled and often prefer asking for a bartender’s recommendation as opposed to just ordering off a menu. When a guest at Cantina Beach requests to enjoy something that is native to Mexico, we share La Bandera. It is also visually beautiful.”

Just like many other bars and restaurants in Mexico, the resort also created its own special recipe for La Bandera. Ozdemir shared the ingredients of the resort’s fiery sangrita recipe. It contains tomato juice, orange juice, fresh lime juice, jalapeno (no seeds), dash of salt, dash of grenadine and a few pieces of cilantro.

Traditionalists who order this drink usually request blanco (white / unaged tequila). When ordering a La Bandera, you will be asked to choose your own tequila preference, so be prepared with your favorite.

Any brand is acceptable, as well as any style, including aged tequila (reposado) or extra-aged (añejo). But no matter which way you choose to sip La Bandera, this drink is sure to make a big splash – and it may very well become your new favorite way to enjoy tequila.