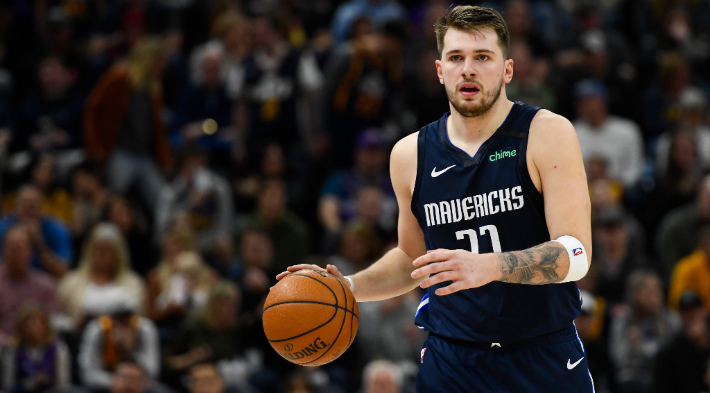 Word came out of Dallas on Thursday that Luka Doncic, the team’s second-year MVP candidate, suffered an ankle injury during practice. While the extent of the ailment was unknown, reports indicated that Doncic was slated to miss some time, even if he wasn’t scheduled to undergo an MRI until sometime on Friday.

According to Mavericks coach Rick Carlisle, the team now has an idea of how long it’ll be before Doncic takes the floor again. Carlisle, during his weekly radio show, announced that the team has ruled Doncic out for the next six games.

BREAKING: Rick Carlisle on his radio show on @1033fmESPN says Luka Doncic has been ruled out for the next 6 games

As Brad Townsend of the Dallas Morning News reported earlier in the day, this injury is similar to the ankle injury that Doncic suffered earlier this year. It was to the same ankle, and at the time, he missed four games before making his return.

I’m told that MRI on Doncic revealed the Mavericks’ hoped-for best-case scenario: A moderate sprain, similar to the one he suffered in mid-December, causing him to miss four games. One source estimates this time, “two weeks, give or take.”

Of course, despite the fact that this timetable exists, there’s no guarantee that six games pass and Doncic returns to action. The Mavericks have eight games between now and the All-Star break, and with the team 5.5 games up on the 8-seed in the Western Conference, they can afford to take their time and potentially give Doncic a whole lot of time off — if they, hypothetically, keep him out through the break and he does not participate in any All-Star weekend events (again, this is all hypothetical), Dallas returns to the floor on Feb. 21.