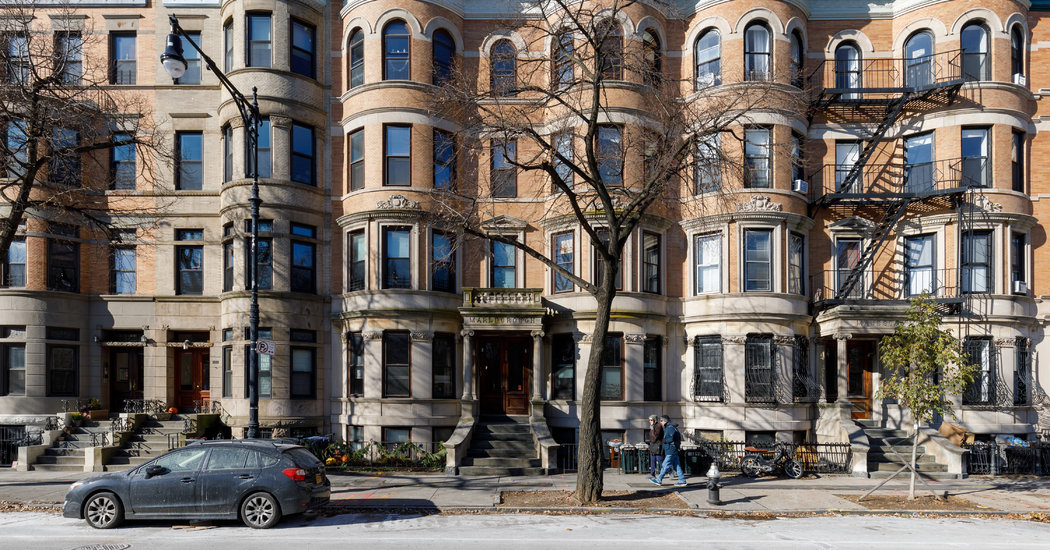 New York City’s antiquated method of calculating property taxes has long allowed owners of multimillion-dollar brownstones in Brooklyn and high-rise co-ops by Central Park to pay less in taxes than working-class homeowners in the South Bronx, relative to the value of their properties.

Now, a high-level city commission empowered by the mayor and City Council speaker is proposing a major overhaul that would fundamentally shift the tax burden to those wealthier neighborhoods and lessen it for low- and moderate-income homeowners.

In a preliminary report posted online Thursday, the commission recommended that the city assess most homes, including co-ops and condominiums, at full market value. Such a formula, while commonplace in many cities and counties, is foreign to New York City, where property taxes are often capped.

The changes, which could affect 90 percent of all homeowners in New York City, according to the commission chairman, would have to overcome many hurdles, including approvals from the mayor, the Council, the State Legislature and the governor, before taking effect.

The new system would raise the same amount of tax revenue for the city; it would just redistribute who pays what.

The inequities in the current system can be stark: A five-bedroom brownstone facing Prospect Park in the Park Slope section of Brooklyn is currently listed for sale at $8 million. But it has an extremely low assessed value, leading to an annual property tax bill of $20,165 despite its huge market value.

By comparison, the owner of a ranch-style home in Fieldston in the Bronx would pay roughly the same in property taxes on a house with a market value of about $2 million. So would the owner of a $900,000 home just north of there, in Yonkers in Westchester County, according to tax records.

“I’m happy to be part of a historic revisiting of a situation that has been inequitable for a quarter of a century,” said Allen P. Cappelli, a lawyer from Staten Island who served on the commission. “People who live in similarly valued homes ought to be paying the same amount of taxes.”

Mayors including Edward I. Koch and David N. Dinkins have tried to tackle the issue, leading to combustible reactions but few results. Mr. Dinkins also formed a commission; it delivered its report during his last days in office.

Twenty-five years later, Mayor Bill de Blasio and Corey Johnson, the current Council speaker, created a commission in 2018, but it remains to be seen whether they will forcefully support the panel’s recommendations.

On Thursday, the mayor and Mr. Johnson already appeared to be wary of embracing the recommendations, mindful perhaps that any significant change would surely set off a flurry of lobbying, angry town-hall-style meetings and pressure from state lawmakers.

Mr. Johnson called the plan “a work in progress” and said that he wanted to examine how the system would affect renters as well as how best to address luxury housing.

“I’m eager to hear the public’s feedback on these recommendations,” Mr. Johnson, a Democrat, said in a statement.

Mr. de Blasio, a Democrat in his second and final term, praised the commission’s work, but he stopped short of a full-throated endorsement.

“The commission’s recommendations are the most significant reforms proposed in 40 years and will bring a much needed level of fairness, transparency and simplicity to the entire system,” Mr. de Blasio said in a statement. “I thank the commission for its hard work tackling these issues head on and looking forward to their final report.”

The recommendations call for removing the cap on how much the value of a property can increase each year. The proposal did not specify the specific rates that homeowners might pay, but it was clear that the suggested changes would create winners and losers.

One high-profile potential loser would be the mayor himself. Mr. de Blasio owns two homes in Park Slope, each worth more than $1 million. Homes with skyrocketing prices will be taxed more under the plan, said Marc V. Shaw, the commission’s chairman.

“The expectation is that taxes on his property will go up significantly,” Mr. Shaw, a onetime top deputy to Michael R. Bloomberg, the former mayor, told reporters in a phone call on Thursday.

Another homeowner who could face a higher tax bill is Kenneth Griffin, a hedge fund billionaire who owns a $238 million Manhattan condo. Co-ops and condos are not taxed at their true market value under the current system, but rather on the income generated by similar rental buildings.

Mr. Griffin’s property taxes on the condo are about $532,000 now. If the property were to be taxed at its market value, his tax bill would be about $3 million.

The commission’s proposal would have significant consequences for parts of New York City where market values have risen drastically over the past four decades, notably Park Slope and Manhattan neighborhoods around Central Park.

Park Slope is dotted with single-family brownstones near Prospect Park that sell for millions of dollars, but the property taxes on the homes have remained relatively low even as their real value has soared. The commission’s proposal would eliminate those benefits and would require owners to pay property taxes based on full market value.

“Park Slope is the classic example,” said James A. Parrott, the director of economic and fiscal policies at the Center for New York City Affairs at the New School and a commission member.

Some homeowners would see relief under the plan. Mr. Shaw said that those who could pay less included some single-family homes in Queens and Staten Island and certain co-ops and condominiums in parts of the Bronx.

The commission recommended two provisions for owners with lower incomes. One, a “partial homestead exemption,” would help people who live in their homes with income below a certain level that has yet to be determined. Out-of-town homeowners would not qualify.

“People who own a pied-à-terre in Manhattan will be paying more,” Mr. Parrott said.

The second measure, called a “circuit breaker,” would limit tax bills to a certain percentage of household income.

Members of the commission were already cautioning on Thursday that it could take years to adopt the changes, and that they would be phased in slowly. The panel plans to hold public hearings in the coming months to receive feedback on the proposal and to then issue final recommendations later in the year.

Under the current system, most residences with up to three units, including single-family homes, are taxed under a complicated equation that begins with their market value, which is determined by the city based on recent sales prices for similar nearby properties.

A property’s assessed value is then calculated at 6 percent of the market value, but it cannot increase more than 6 percent a year or 20 percent in five years. That helps people who own property in neighborhoods like Park Slope where values have surged. Tax exemptions and credits, if they exist, are then applied and that total is multiplied by a variable tax rate that is currently around 21.17 percent.

In addition to making the system more equitable, the commission’s proposal seeks to simplify it. In the process, it could disrupt an unspoken rationalization that many city homeowners make: Even though the cost of living in New York City, which includes city income taxes, are astronomically high, property taxes are still much lower than in neighboring suburbs.

The proposal follows the federal government’s imposition of a $10,000 cap on federal income tax deductions for state and local taxes, a move that disproportionately affected wealthy, high-tax states like New York and sent some residents to other states.

Freddi Goldstein, a spokeswoman for the mayor, said that the administration did not “believe this will cause a massive exodus of any kind.”