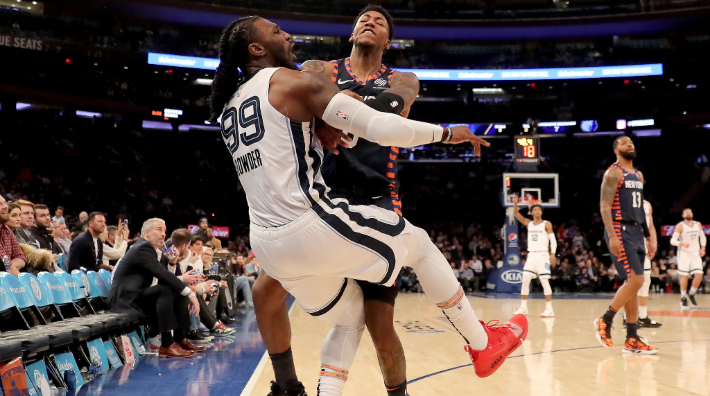 Wednesday’s matchup between the Memphis Grizzlies and the New York Knicks appeared headed for a harmless conclusion, with the Grizzlies leading by an insurmountable margin in the final minute. In a hurry, though, things escalated after Elfrid Payton drilled Jae Crowder on what was a dangerous foul and, from there, there was a full-blown scuffle that resulted in myriad ejections and an unfortunate news cycle.

Less than 24 hours later, the NBA weighed in with official discipline stemming from the incident, with a trio of players earning one-game suspensions and two others forced to pony up with fines.

Payton, who started the incident with his actions, getting the same suspension as two others was at least mildly surprising, and seemingly out of line without the full details that would stem from a league investigation. From there, Jackson and Gaduric received the same punishment for post-fracas actions. As for Crowder (who was the recipient of the original foul) and Morris, fines are mostly just slaps on the wrist, though it is notable that they didn’t escape scot-free. That’s especially the case for Morris, who was widely reprimanded for his comments after the game.

It is fortunate that this didn’t become worse for all parties but, as always with this kind of thing, controversy will potentially ensue as to what the punishment should have been for various players.