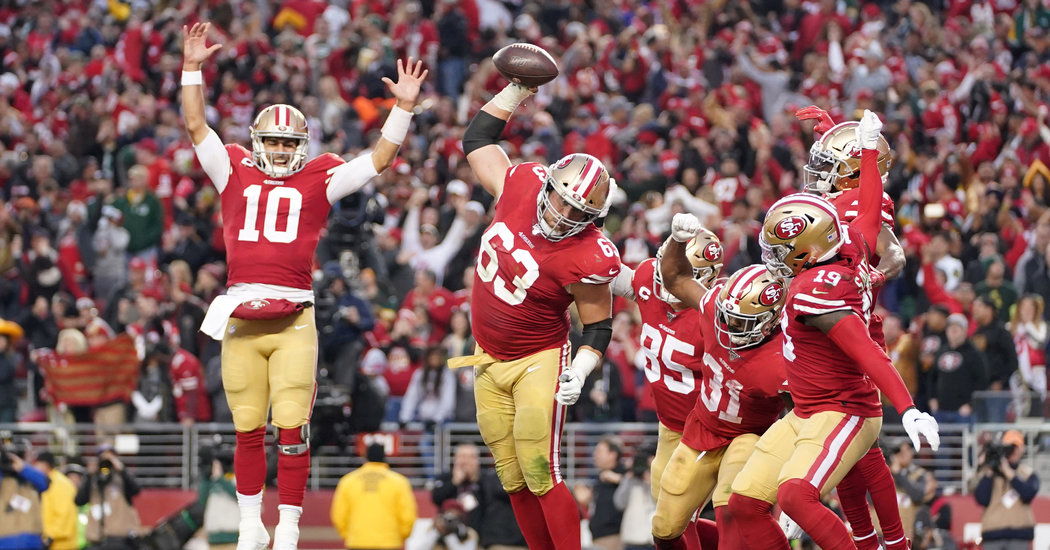 MIAMI — Narratives can push into the absurd in the N.F.L. playoffs, when many fans and journalists, no matter how passionate they claim to be, are often seeing teams for the first time that season. It’s a situation that leads to things like this Super Bowl being conveyed by some as a cut-and-dried case of offense (Kansas City) versus defense (San Francisco), when in reality the 49ers scored more points than the Chiefs during the regular season (479 to 451), while the Chiefs allowed fewer points than the 49ers (308 to 310).

San Francisco is not nearly as dependent on its running game as it has shown in two blowout wins, and Kansas City is not nearly as stout against the run as it looked while bottling up Tennessee’s Derrick Henry two weeks ago. There are plenty of reasons that oddsmakers gave the game a point spread of less than 2 for just the fourth time in Super Bowl history, and a close look reveals paths to victory for both teams.

Here is our prediction for the Super Bowl.

Postseason record against the spread: 6-3-1

When San Francisco Has the Ball

Coach Kyle Shanahan seemed flustered this week when facing questions about San Francisco’s ability to pass the ball. The 49ers galloped for a combined 471 rushing yards in easy wins over Minnesota and Green Bay while passing for just 191, which led to a collective case of amnesia about the fact that quarterback Jimmy Garoppolo had finished his first full season as a starter with 3,978 passing yards and 27 touchdowns.

If anything, the overemphasis on San Francisco’s running would seem to play into Shanahan’s overall strategy of designing plays that all look the same at the line of scrimmage but unfurl in countless ways. Make no mistake, the 49ers love to run the ball, with their 2,305 regular season rushing yards trailing only Baltimore. But just about every play that has led to a big run for Raheem Mostert or Tevin Coleman over the last few weeks has a corresponding play that looks nearly identical in setup but results in a catch-and-run by tight end George Kittle or a deep pass to wide receivers Emmanuel Sanders or Deebo Samuel.

And while the 49ers are judicious in terms of extremely long throws, Garoppolo showed throughout the regular season that he was more than comfortable with his arm, completing 58.1 percent of his passes that traveled more than 20 yards in the air — no other quarterback in the N.F.L. topped 50 percent. The Los Angeles Rams, who San Francisco supplanted as N.F.C. champions, can attest to Garoppolo’s ability to win with his arm, as the game-winning drive against them in Week 16 was extended thanks to a third-and-16 play in which Garoppolo, under pressure from the Los Angeles defense, launched a rocket 47 yards down the field to a wide-open Sanders.

So how does Kansas City’s defense, which was much improved from last season’s sievelike unit, approach a team that can mask what it’s doing as well as any team in the game? That process will start with safety Tyrann Mathieu, a free agent addition over the off-season who is one of the most uniquely gifted players in the game in terms of sniffing out run or pass and being able to thrive no matter which way things play out.

Kansas City’s defense is filled with players of the good-not-great variety, with Mathieu and defensive tackle Chris Jones being the only two that could be described as elite, but as a group they do their jobs well enough that Mathieu’s ability to freelance and fill in gaps makes them fairly dangerous on every play.

When Kansas City Has the Ball

Everyone knows what Patrick Mahomes brings to the table, and no one has been able to stop him. Sure, the third-year quarterback has lost eight times in 35 career starts (including the playoffs), but those losses fall at the feet of Kansas City’s defense, as Mahomes’s teams have been held to fewer than 20 points just once, while they have topped 30 points 23 times. They have averaged 37 points in four playoff games.

Mahomes has done this by being good at absolutely everything. He moves in the pocket well, he reads defenses well, he throws the ball with power and accuracy — occasionally executing no-look passes, and once throwing the ball with his left hand — and he has the speed to burn a team with his legs whenever he chooses.

Kansas City has him surrounded with players who can take advantage of his gifts. Wide receivers Tyreek Hill, Sammy Watkins and Mecole Hardman have game-changing speed, tight end Travis Kelce is both a terrific safety valve and also a legitimate big-play threat, and while running back Damien Williams does not put up consistently big rushing numbers, he can run, catch the ball and help in pass protection.

The biggest matchup of the game, however, is San Francisco’s star-studded defensive front against Kansas City’s offensive line. Anchored on the edges by left tackle Eric Fisher and right tackle Mitchell Schwartz, the Chiefs’ line allowed pressure on an N.F.L.-best 9.3 percent of dropbacks, nearly always giving Mahomes more than three seconds to survey his options downfield. San Francisco’s defense does not blitz very often, but they do not need to thanks to the speed and strength of Nick Bosa and Dee Ford, and the size and power of DeForest Buckner and Arik Armstead.

Like most quarterbacks, Mahomes will do his best to avoid Richard Sherman, who was rated as the top coverage cornerback in the N.F.L. by Pro Football Focus this season. Sherman may give up a step in speed to Kansas City’s Corvette-like wide receivers, but he more than makes up for that with intelligence and execution. The advantage of looking away from Sherman has been lessened, however, by the emergence of cornerback Emmanuel Moseley, who has proved to be a much better complement to Sherman than Akhello Witherspoon was.

San Francisco is definitely weaker against the run than it is against the pass, and the team seemed to have a particular deficiency against mobile quarterbacks. The 49ers’ three losses came against Lamar Jackson of the Ravens, Russell Wilson of the Seahawks, and — this is not a joke — Matt Ryan of the Falcons, who ran for 27 fairly vital yards in Week 15. While the 49ers won both of their games against Arizona, the Cardinals’ rookie quarterback Kyler Murray also seemed to fluster San Francisco with an ability to use his legs to save a broken play.

Mahomes is going to get his points and his passing yards — Mahomes always gets his points and his passing yards — but the Chiefs will not be able to run away with things thanks to San Francisco’s ability to cater its offensive game plan to what is working on any given day. The Chiefs challenged quarterback Ryan Tannehill to beat them in the A.F.C. championship game by putting a huge emphasis on stopping Derrick Henry, but such a strategy would backfire terribly against the 49ers. And while Mahomes is an underrated threat with his legs, he prefers designed runs to scrambles, which plays more to San Francisco’s strengths.

Oddsmakers were right to make this a close call, and a few breaks either way could easily decide the game for either team. The clearest path to a win, assuming both teams play well, is for San Francisco’s defensive line to rush Mahomes into a few less-than-ideal throws, which could lead to an interception, while potentially coming up with a strip-sack along the way. If they can do that, the 49ers should have their first Super Bowl win since the 1994 season.