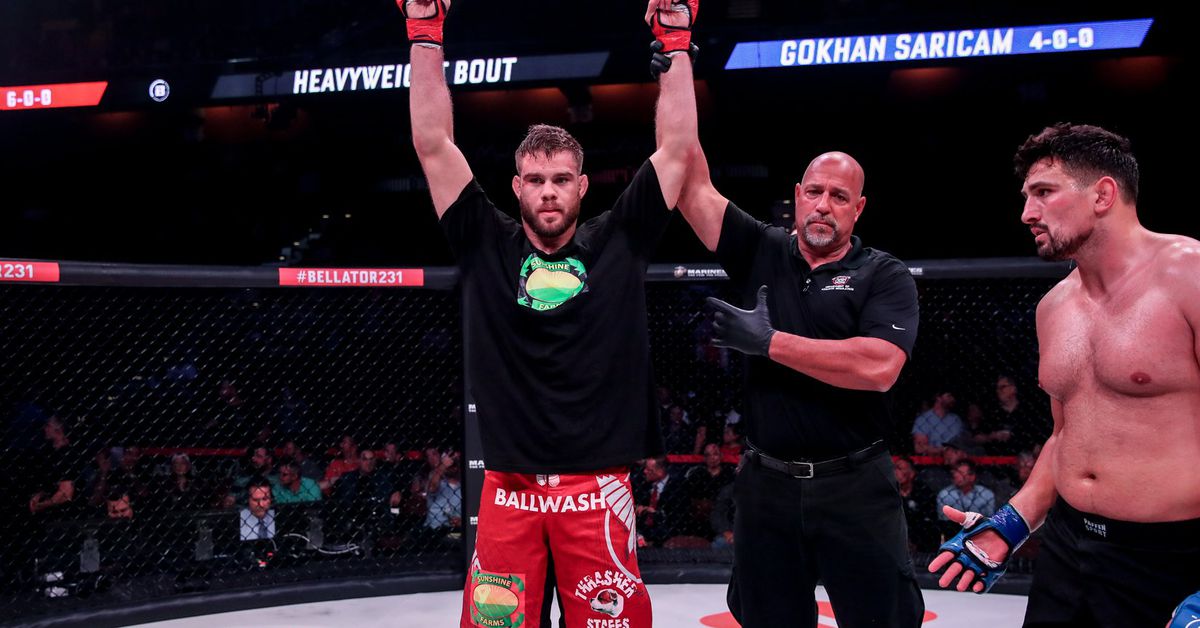 Officials told MMA Fighting that Mowry (7-0) and Schaffroth (6-1) will meet in a preliminary bout at Bellator 239 on Feb. 21 at WinStar World Casino in Thackerville, Okla.

Mowry, 27, has scored submission victories in his three Bellator appearances thus far, defeating Gokhan Saricam, Darion Abbey, and Ben Moa. The 6-foot-8 heavyweight has finished all of his pro bouts and only gone past the second round on one occasion.

Schaffroth, 32, picked up a pair of first-round knockouts to start his Bellator career before losing by submission to Tyrell Fortune in August. An NAIA All-American wrestler in college, Schaffroth’s six wins have all come by way of first-round KO.

Bellator 239 will be headlined by a welterweight bout between three-time NCAA wrestling champion Ed Ruth and undefeated Yaroslav Amosov. The main card will air on Paramount Network and the DAZN streaming service.