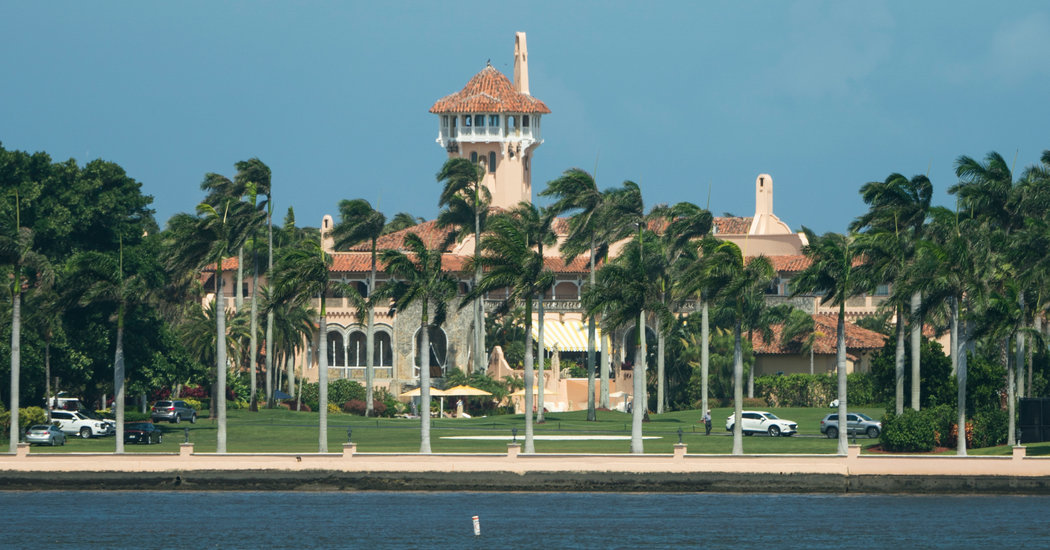 President Trump and Melania Trump, the first lady, were scheduled to fly to Palm Beach on Friday afternoon and arrive at the 20-acre resort in the evening.

It was not immediately clear what first alerted the police to the vehicle. Therese Barbera, a spokeswoman for the Palm Beach Sheriff’s Department, said in a statement that the Florida Highway Patrol was chasing the vehicle, and it was “headed toward two security checkpoints” at Mar-a-Lago.

“The S.U.V. breached both security checkpoints heading toward the main entrance,” she said.

Officials “discharged their firearms at the vehicle,” which fled, pursued by Florida Highway Patrol and a Palm Beach Sheriff’s Office helicopter, she said. The vehicle was then found and the two people were taken into custody, the statement said.