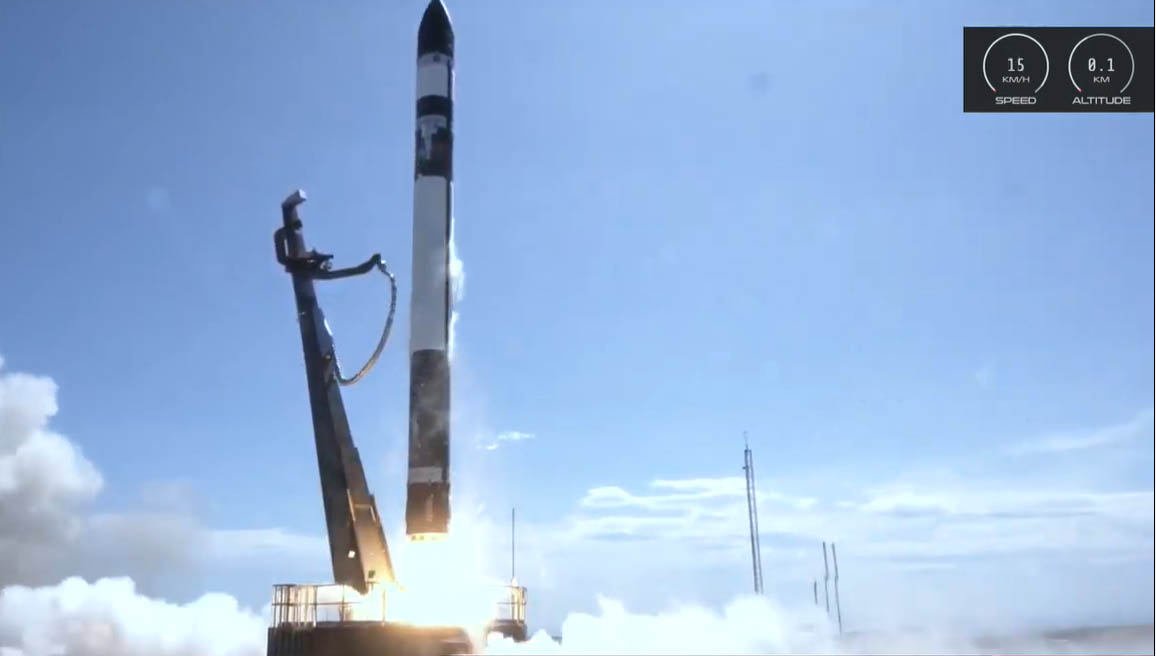 Rocket Lab just launched its first payload for the United States’ spysat agency — and attempted another big step toward rocket reusability in the process.

The NRO operates the United States’ fleet of spy satellites and tends to keep details about these spacecraft and their missions secret. NROL-151 is no exception; we know very little about the payload the Electron just toted to Earth orbit.

For example, the mission timeline that Rocket Lab laid out in its press kit (which you can find here) doesn’t disclose when or where NROL-151 will be deployed into space, just that Electron’s final predeployment engine burn takes place about 50 minutes after liftoff.

Today’s launch was the 11th overall for the 57-foot-tall (17 meters) Electron, which can loft about 500 lbs. (227 kilograms) on each roughly $5 million liftoff. California-based Rocket Lab aims to greatly increase access to space via Electron, eventually launching satellites once per week or even more frequently.

A view from the second stage of a Rocket Lab Electron booster after launching the NROL-151 satellite into orbit for the U.S. National Reconnaissance Office on Jan. 31, 2020 NZDT (Jan. 30 EST).

This overall vision includes reusing the rocket’s first stage, a goal that Rocket Lab is approaching in a stepwise fashion. For instance, on Electron’s previous launch, which occurred in December, the company managed to guide the booster back down in a controlled descent.

And Rocket Lab pulled off that important maneuver again today. The Electron oriented itself vertically, to better withstand the heat and pressure encountered during its fall back to Earth.

“Other aspects designed to support recovery efforts on this mission include updated guidance and navigation systems, including S-band telemetry and onboard flight computer systems, to gather and transmit data throughout the first stage’s descent,” Rocket Lab wrote in the mission press kit.

Once these various first-stage systems are sufficiently proven out, Rocket Lab plans to pluck descending boosters out of the sky with a helicopter, then inspect, refurbish and refly the rockets in short order. No dramatic aerial capture took place today, however; the Electron first stage hit the Pacific Ocean hard, at an estimated 370 mph (600 km/h).

Rocket Lab has a habit of giving missions playful names; for example, the company called December’s launch, the 10th for Electron, “Running Out of Fingers.” The moniker given to today’s liftoff was “Birds of a Feather,” and the mission patch features a kiwi and an eagle — avian representatives of New Zealand and the U.S., presumably — watching a rocket take flight.

“For more than six decades, the NRO has answered the hardest national security-related questions with bold, innovative technology, and NROL-151 stands firm in this tradition,” Rocket Lab representatives wrote in the mission press kit. “The NROL-151 mission logo is a light-hearted way to wish NROL-151 good fortune and launch on its mission.”