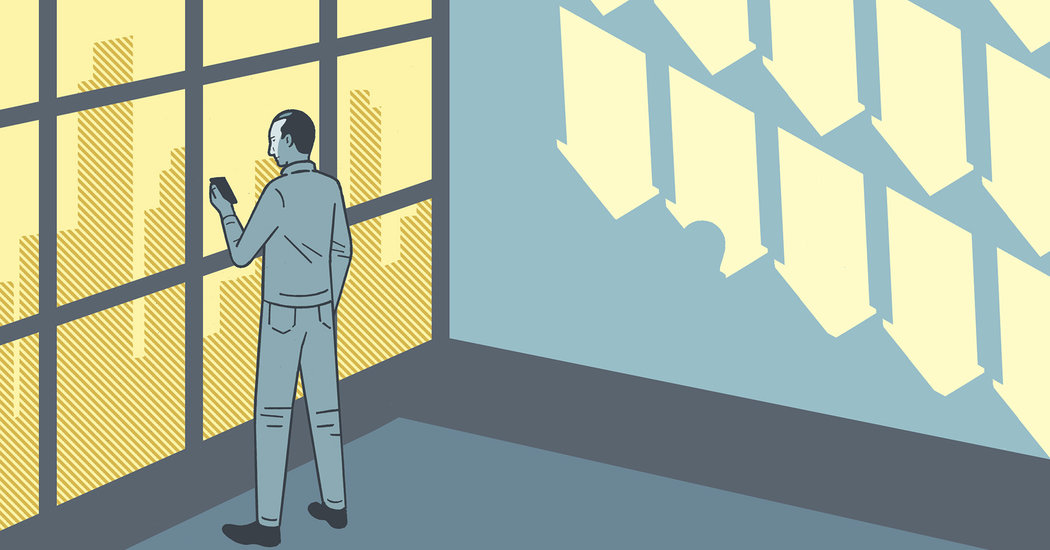 The prewar duplex had five bedrooms, two fireplaces and herringbone-patterned floors. But the co-op apartment at 730 Park Avenue was, nonetheless, a flop with buyers.

“Welcome to the new normal,” said Nikki Field, the Sotheby’s agent behind the deal. While the Upper East Side apartment was hindered by a ground-floor location and dated interiors, a bigger challenge was pricing, she said. “We’ve been behind the market and chasing it downward.”

As the city’s real estate market continues to struggle, with values seeming to erode within the course of months, figuring out how much to charge for apartments has become increasingly difficult, according to sellers, brokers and appraisers.

Even under normal circumstances, finding a pricing sweet spot can be a fraught endeavor. Sellers often assume a higher value for what’s near and dear to them — their homes — than the market can bear, leading to disagreements with agents.

But common ground has been even more elusive in the current climate. Steadily dropping prices means that what makes sense in the fall may be outdated in a few months, creating the uncertainty of a moving target.

Some basic rules can add a dose of realism, agents say. Only recent sale prices, and not list prices, should be used to estimate property values, they explain, and aggressive fire-sale-style discounts, which can look desperate, are probably not the best idea. Sellers also should probably abandon hope that simply unloading a home will turn them into instant billionaires.

“This isn’t a market where aspirational pricing works,” said Frederick Peters, the chief executive of the brokerage Warburg Realty. “The bottom line is, it’s not about what the price should have been three years ago. It’s about being in tune with what the market is today.”

In Manhattan, market reports from the firms Douglas Elliman, Corcoran and Halstead concluded that prices dropped between 6 and 11 percent over the course of 2019.

The decline has apparently caught some sellers unaware. Of all the condos and co-ops that closed in 2019, a hefty 81 percent needed at least one price cut before landing a buyer, according to data from the real estate data firm StreetEasy.com, up from 76 percent in 2018.

Similarly, among resold apartments, the median condo discount last year was 8 percent, according to StreetEasy, while co-ops were down 7 percent. But considered individually, the cuts on some units seem precipitous.

A seven-bedroom duplex at 834 Fifth Avenue that closed last summer at $53 million, for instance, did so after reductions that totaled $15 million, which was, dollar-wise, Manhattan’s largest discount.

But that huge cut is only part of the picture, since StreetEasy only counted the time the property was on the market with a single brokerage. The original price of the No. 834 co-op, which belonged to John Gutfreund, a former chief executive of Salomon Brothers, was $120 million, when it hit the market in 2016. Over three years, $67 million in value — at least, perceived value — essentially vanished.

But the most luxurious co-ops aren’t the only ones being hurt. A three-bedroom condo in a 1980s building at 279 Central Park West, No. 9B, tumbled to $5.4 million from $8.25 million over the course of four price cuts before finally selling in December. The seller, who paid about $7.4 million in 2015, according to public records, apparently had to contend with a loss of 27 percent. Gramercy Park, TriBeCa and Greenwich Village are other neighborhoods that saw steep discounts.

Slashing prices isn’t just a high-end phenomenon. Of the co-ops and condos that closed between $1 million and $2 million in Manhattan last year, 83 percent were discounted, up from 79 percent in 2018, according to StreetEasy.

“Sellers are making cuts to their list price more frequently than last year, regardless of their homes’ initial price,” said Nancy Wu, a StreetEasy economist. “The weakness we’ve seen in Manhattan’s sales market has trickled down from the top of the market.”

The trend doesn’t seem to have abated in the new year. Of the Manhattan condo and co-ops that sold through Jan. 22, the average discount from listing to sale was 9 percent, a bit higher than the 8 percent average in January 2019, according to data from the brokerage CORE.

If sellers have inflated expectations, it might at least in part be because of all the real estate data available online. While a few keystrokes can produce plenty of ads for one-bedrooms, sellers often mistakenly focus on list prices and not the prices at which similar apartments actually sold. Sale prices, which have dropped, are more useful but often require some digging.

Brokers also caution against picking a deliberately steep price in order to slash it later, simply to win attention. “Discounts can lead to perceptions of reduced quality,” said Priya Raghubir, a professor of consumer psychology at New York University Stern School of Business. “Multiple discounts can also put a buyer in a position of strength, because they now know a seller needs to sell.”

Ms. Raghubir might know. In 2008, when she was shopping for an apartment in a softening housing market, a seller of an Upper West Side condo talked repeatedly about how she desperately needed to move. Ms. Raghubir ended up getting the condo at a discount.

In the last recession, the market collapsed somewhat suddenly, while the current slowdown has been relatively gradual, like air being let out of tires, so it’s unclear if sellers know they’re missing the mark.

Delusions of grandeur may be playing a part as well. Bombarded by tales of multimillion dollar transactions on Midtown’s Billionaires’ Row and in other places, some sellers think they’re entitled to vast riches, which they likely won’t see.

Still, sellers often forget they can still profit even with reductions, unless they bought their apartments at the market’s peak, which seems to have been around 2015 and 2016, said Carole Cusani, a broker with Bond, who has battled with clients over pricing.

Instead of cutting prices, some sellers are opting for a break. A two-bedroom condo at 87 Smith Street, on the border of Boerum Hill and Downtown Brooklyn, was temporarily delisted in December after sluggish interest.

First introduced in July for $1.299 million, the apartment was discounted in September to $1.285 million, after poorly attended open houses, but despite that cut, ultimately received just two offers, said Jeff Gardner, a Corcoran agent. And they were lowball, “throw-some-spaghetti- at-the-wall-and-hope-it-sticks kind of offers,” said Mr. Gardner, who will keep the unit off the market until March. “Buyers are still regrouping, because the news in 2019 was not great,” said Mr. Gardner.

Many sellers seem to be coming back down to earth. Ms. Field’s sellers are always presented with three pricing options: high, low and middle. And while for years most went with the high option — sometimes inflating values by 20 percent — her sellers are now starting out at the middle, she said.

And if her clients do sell, Ms. Field said, they are often eager, naturally, to take advantage of the declining market from the other side of the fence, as buyers.

Pricing, of course, has always had inherent challenges. While it may be cut and dry to assign a value to the number of bedrooms, other variables, like an Empire State Building view, are trickier to calculate. And it can be tough to factor in the “negative sentiment” lingering over the current market, said Nancy Packes, the principal of Nancy Packes Data Services, a development consulting firm and database provider.

Even in a hot market, there can be psychological hurdles. Positivity bias leads people to believe their homes are immune from market problems, Ms. Raghubir said. Similarly, something known as the endowment effect means sellers overvalue their own real estate while undervaluing their neighbors’, said Mr. Peters, who added that he had lost clients because he did not share their rosy assessments.

His measure of a well-priced apartment? Twenty buyers at its first open house, ten at the second and five at the third, and then there should be a signed contract.

“You would be amazed by all the times we hear the phrase, ‘Well, I need to get this amount,’ ” Mr. Peters said. “But markets don’t work that way. The market doesn’t care what you need.”