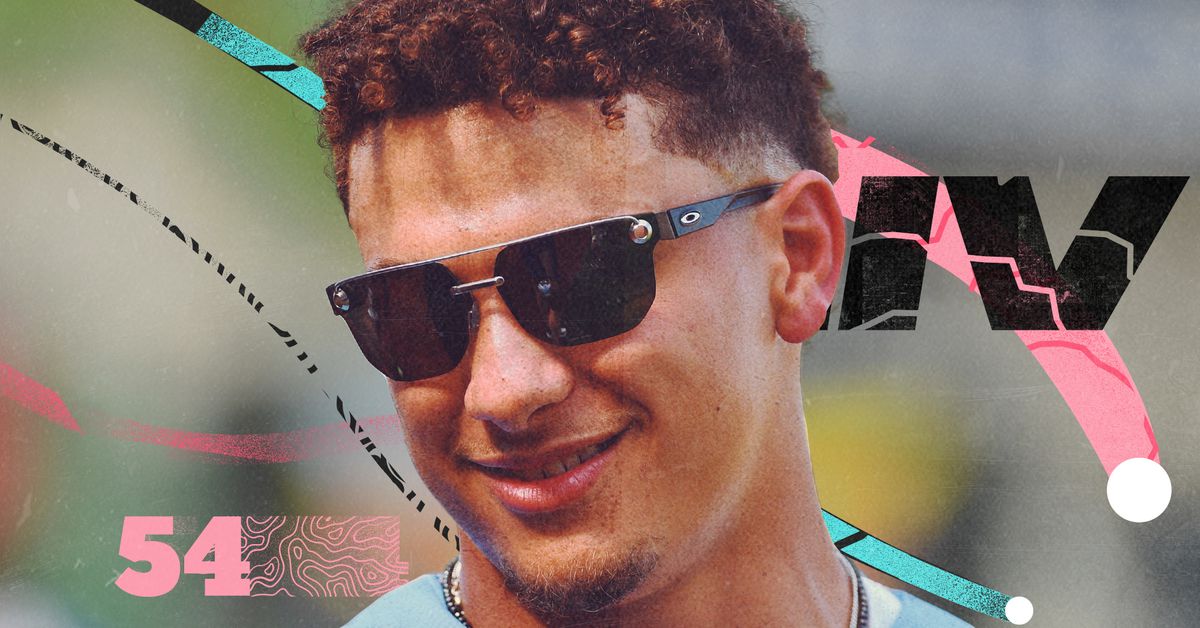 Patrick Mahomes almost didn’t make it to the NFL, let alone Super Bowl 54. The universe nearly steered him to Major League Baseball instead — just like his father.

Though he built his name as a high school and then college football star in Texas, the Chiefs’ quarterback grew up in a baseball household. His father Pat Mahomes carved out an 11-year career as a pitcher for six different Major League Baseball clubs (and one in Japan). His godfather was similarly well-traveled closer LaTroy Hawkins.

Naturally, Mahomes’ first taste of sports stardom didn’t come on the football field. His first experience in front of a world championship crowd was back when he was shagging fly balls during batting practice at the 2000 World Series. The first time he graced an ESPN broadcast wasn’t as a rising quarterback at Texas Tech. It was as a run-creating shortstop in the Junior League World Series.

Mohomes’ dad introduced him to the world of professional baseball

The elder Mahomes was a three-sport star at Texas’ Lindale High School, a non-powerhouse approximately 90 minutes east of Dallas. He signed with the Minnesota Twins after being a sixth-round pick in the 1988 MLB Amateur Draft. By the time he was 21 years old, he’d been promoted to Minnesota’s starting rotation.

Pat was a solid prospect, but he was unable to turn that potential into production as a starter. He spent four-plus seasons with the Twins and recorded an ERA of less than five only once. His WHIP (walks and hits per inning pitched) was a clunky 1.62 over that span. Even in an era when offense ruled, these were not good numbers.

Mahomes still found a way to remain valuable as an inning-absorbing middle reliever and put together a decade-plus in the majors. When Patrick was born in 1995, his father brought him along for the ride.

The younger Mahomes was a presence in the dugout as his dad bounced from Minnesota to Boston to Texas to Chicago and, finally, Pittsburgh. In the middle, Mahomes spent two seasons with the Mets. Though he unfortunately didn’t see any action in New York’s 2000 postseason run, Mahomes Sr. gave his son a brief glimpse of the limelight that would end up settling on him 20 years later.

Pat retired for good in 2009 after stints in the minors.

Patrick grew up in Texas, where he earned a spot on the Tyler Junior League team that finished runner-up to Taipei in 2010. He’d go on to be a three-sport standout in high school like his father — only this time at Whitehouse High School, which has a slightly stronger track record of baseball success than his dad’s alma mater.

On the mound, Mahomes was a hard-throwing righty whose fastball topped 90 mph. He wasn’t just a pitcher in high school, however. He played every position on the field but catcher and showed off a smooth swing that suggests he could have been a two-way player in college had he chosen the diamond over the gridiron.

His biggest moment came in the state playoffs, where he twirled a 16-strikeout no-hitter to outduel current White Sox top prospect Michael Kopech back in 2014. After the game, Mahomes tipped his cap to his flamethrowing rival — all while sneaking in a solid humblebrag of his own.

“I’ve pitched against Kopech since we were freshmen,” Mahomes told the East Texas Sports Network after the game. “As we’ve gotten older both of us have gotten better. I played with him a little bit this summer and he’s a great pitcher. He struck me out twice at the plate and I’ve only been struck out once the rest of the season.”

That game was only the first of a playoff doubleheader. Mahomes returned for the nightcap in the field and put together a 3-for-4 performance that fell a triple shy of the cycle. That showcase would have left MLB scouts salivating had he not already committed to play quarterback at Texas Tech.

Here’s what Baseball America, one of the worldwide leaders in amateur baseball coverage, had to say about the future Chiefs’ quarterback as a high school prospect.

Mahomes’ father of the same name spent parts of 11 seasons in the major leagues and was still pitching in independent ball until 2009. His son has a bigger, more physical frame at a listed 6’2, 214 pounds and has shown a low-90s fastball on the mound while also showcasing excellent arm strength when he plays right field. Some evaluators like him better as a hitter who is an average runner with plus raw power from a raw offensive approach. Mahomes appears to prefer football, however, with good reason. He’s a quarterback committed to Texas Tech.

The Tigers rolled the dice on him anyway; they selected Patrick Mahomes II with a 37th-round pick in the 2014 MLB Amateur Draft. He did not sign with Detroit, though it gave the city’s baseball team bragging rights over its football team:

Mahomes made a cameo with the Red Raiders baseball team in college, going 0-for-2 at the plate and an ERA of infinity after a three-run, zero-out showing in his lone NCAA mound appearance. He left the sport behind shortly thereafter to focus on football. This worked out pretty well for him.

Baseball has been a part of Mahomes’ life since birth. He caught his first fly ball — off the bat of Robin Ventura — when he was just 5 years old.

His father was talented enough to last more than a decade in the major leagues despite subpar numbers thanks to his ability to rise up in big situations. Mahomes has made his way in the NFL behind stellar stats and a record-setting ability to generate offense for the Chiefs.

On Sunday, he’ll have the chance to prove everything he’s learned across a winding path through pro sports has prepared him for the ultimate prize: a starring role in Super Bowl 54.