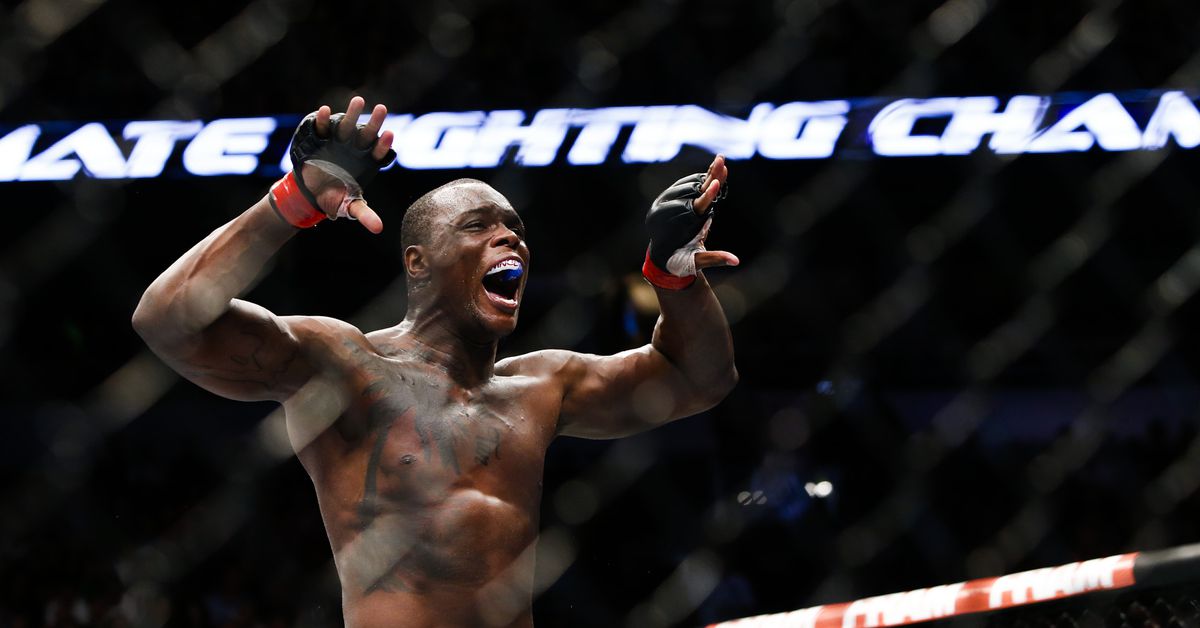 USADA (United States Anti-Doping Agency) announced the suspension on Friday while explaining the reduced sentence that Saint Preux received for his violation of the UFC’s anti-doping policy.

“Saint Preux, 36, tested positive for ostarine and di-hydroxy-LGD-4033, a metabolite of LGD-4033, as well GW1516 sulfone and GW1516 sulfoxide, which are metabolites of GW1516 (also known as GW-501516), as the result of an out-of-competition urine sample he provided on November 1, 2019,” USADA officials wrote. “Ostarine and LGD-4033 are non-Specified Substances in the class of Anabolic Agents, while GW1516 is a non-Specified Substance in the category of Hormone and Metabolic Modulators. These substances are prohibited at all times under the UFC Anti-Doping Policy and UFC Prohibited List.

“During an investigation into the circumstances of the positive test, Saint Preux provided sealed containers of products he was using for analysis at the World Anti-Doping Agency-accredited laboratory in Salt Lake City, Utah. Although no prohibited substances were listed on the supplement labels, the analysis revealed that the products contained ostarine, LGD-4033, and GW1516 for which Saint Preux tested positive.”

This past November, the UFC and USADA announced significant changes to the anti-doping policy to account for certain substances and situations where athletes may have tested positive due to contaminated supplements.

While Saint Preux’s case didn’t fall under specific guidelines to receive no punishment, he was eligible for a reduced sentence.

“Under the revised UFC Anti-Doping Policy, if a situation arises where an athlete tests positive and is able to demonstrate by clear and convincing evidence that the cause of the positive test was due to a supplement certified by one of the certifiers in the UFC rules, he or she will not be subject to an anti-doping policy violation and will be permitted to compete after follow-up testing and when there is no performance enhancing benefit in question,” USADA officials explained.

“USADA determined that Saint Preux’s exposure to these substances began on October 25, 2019, prior to the current UFC Anti-Doping Policy being announced. Although Saint Preux was not using a Certified Supplement, he received a reduction to his period of ineligibility because he was able to prove that his positive test was caused by contaminated products and the very low levels detected in the products would not have enhanced his performance.”

As a result, Saint Preux received a three-month suspension backdated to Oct. 25, 2019, which means he is already eligible to compete again. He was briefly linked to a fight against Ryan Spann at UFC 247 on Feb. 8 but the bout was subsequently scrapped.

It’s unclear if Saint Preux’s lingering situation with USADA forced the UFC to switch directions for his next fight but he’s now cleared to compete again with his three-month suspension already served.