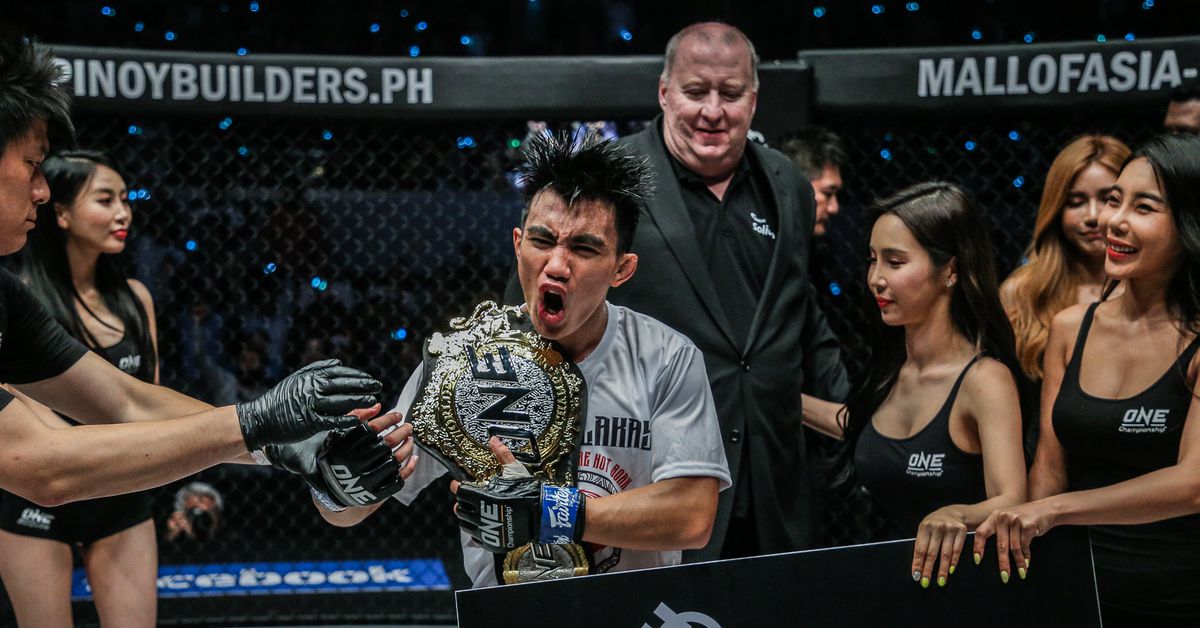 Silva’s game plan was obvious from the first bell – get the fight to the ground as soon as possible. Pacio evaded his guard pulls and takedowns masterfully over the first five minutes, but the Brazilian forced the fight to the floor on several occasions in the second, testing Pacio’s escapes at one point with a head-and-arm choke. Both had success in the third, although Silva forced him down again, Pacio found his spots, notably cracking the former champion with a knee down the middle at one point.

The champion’s conditioning was the real difference between the two in the championship rounds. Tagging Silva liberally, Silva was left prone on the canvas in attempt to goad Pacio in the grappling exchanges. After a dominant fourth, the champion opened the final stanza with a flying knee and a guillotine attempt. Even with the fight on his terrain, Silva failed to do anything meaningful.

When all was said and done, the young champion took the victory via split decision.

In the co-main event of the evening, Pieter Buist scored his biggest career win over two-time ONE lightweight champion Eduard Folayang. Increasing his win streak to eight consecutive victories, Buist silenced the Manilla crowd with the narrow split decision victory having stepped up to face the promotional legend on two weeks’ notice.

Despite the enthusiastic celebrations from Wei Xie after the final bell sounded, Danny Kingad got back to winning ways after 15 minutes of action against the Chinese fighter following his streak-ending loss to former UFC champion and current ONE standout, Demetrious Johnson. Although Xie had the former title contender in some trouble in the striking exchanges, Kingad appeared to be far more well-rounded than his opponent over the duration of the bout.

Japanese veteran Shocko Sato made it six wins in a row with a clinical submission finish of Won Il Kwon to open the main card. After five straight wins via strikes, Sato used his grappling ability to claim a rear-naked choke victory in the final minute of the first round of his meeting with the South Korean.

Earlier in the night, Warrior Series graduate Lito Adiwang claimed his seven straight victory with a spectacular kimura. After blasting his opponent into a oblivion in the first minute, the Team Lakay fighter showcased his submission skills with the deft stoppage.