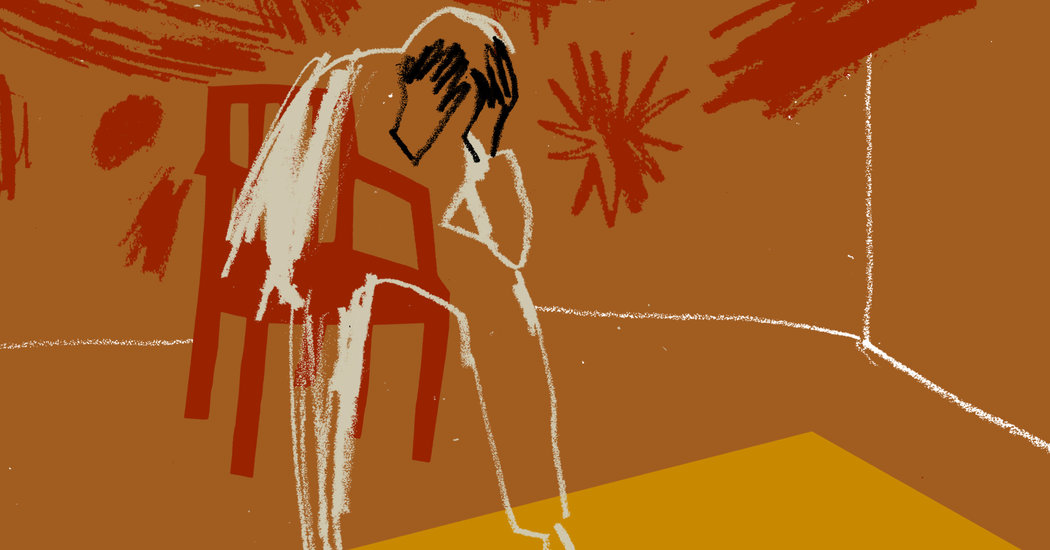 On the day after Christmas in 1996, my brother, Michael, called to say that our father had tried to kill himself.

This was not his first suicide attempt, but the way he went about it left us stunned. He had dressed for work that morning, driven to a quarry near his house, parked his car, and plunged a large carving knife from his kitchen into his heart. He had not only tried to die: He had tried to murder himself.

Dad had just missed his aorta. He was hospitalized for months for both his physical and psychological recovery. After a combination of ECT (electroconvulsive therapy), a new psychiatrist and a change in meds, Dad returned to work and moved to Hoboken with my brother and sister-in-law and their new baby boy. They had room in their apartment and hearts for him. I didn’t.

It wasn’t until years later that I began to find space in my heart for my father. And if I’m going to be truthful, that room began to expand only after he was dead.

He could be impossible to deal with. His anger at us, and the world, often escalated into rage. Depression and suicidal ideation ran in his family. My father’s father, Grandpa Nat, had been hospitalized for depression and also received ECT. He was a short balding man in a gray suit, who sold fur coats at Macy’s. When my Grandma Lee was still alive and we visited them in their apartment in White Plains, he would take me down to the corner store and buy me Juicy Fruit gum. I thought he was glum but not unkind.

After my grandmother died of colon cancer, Grandpa Nat would come to our house in New Jersey and spend a night on the couch in the den. Even though my parents owned a five-bedroom house, my father never wanted to turn any of the bedrooms into a guest room for fear his father would stay too long or move in. I knew that Grandpa had a mean streak; it didn’t surprise me. My father did too.

Anger and fury ran like thick, prickly threads through the rough blanket that covered my father’s side of the family. His father hurled insults at him, my father hurled insults at us. During the last year of Dad’s life, when he knew he was dying from complications of leukemia, Dad wrote us letters, trying to reconcile his past behavior. In one, he confided, “My searing ambition & rage led to certain self destructive impulses later which it has taken years for me to understand … All my life I have been almost uncontrollably driven by rage & ambition — not often feeling safe.”

Both of my father’s parents had been suicidal, though I learned of my grandmother’s depression only after she died. She was tiny and solicitous, a soft, sweet lady in a dress. In another letter, Dad wrote: “My dearest mother tried to put her head in our gas oven when I was 8 mos. old — my stupid depressed childlike despicable father made many references to ‘stick your head in oven & take gas’ when we were very young.”

This was my father’s childhood, dark and scary. He survived it, and went on to be the first person in his family to go to medical school. While he was in his third year, he met my mother in London in the summer of 1961. My mother was recovering from her own first, brief, failed marriage to another doctor. Both my parents were prolific letter writers, and in a letter home to her parents that summer, my mother wrote: “What a marvelous boy — a mind so sharp, so perceptive, so bright — really unusual. He’s also compassionate, sweet, considerate, a joy to be with, interesting, stimulating, well-read, cultured, very outgoing, a marvelous tennis player, what more can I say?” They married a year later.

Their marriage lasted 19 years but probably should have ended sooner. The marvelous boy my mother had married also had a dark side. In 1966, my father walked to the roof of New York Hospital and threatened to jump off because he had not been made chief radiology resident. I was 2. He was treated for depression and bipolar disorder, and resumed his residency. But he didn’t always take his medication and though he was brilliant and funny, he could also be cruel: At the dinner table, over sumptuous meals of duck a l’orange and braised lamb shanks my mother had spent all afternoon preparing, he called us names (mine were “Ingrate,” “Fat Tub of Lard” and “Indignola”). He belittled me if I gained weight, and warned me not to pursue a sedate career in publishing or I’d end up some man’s decorative arm ornament.

It was fitting that he was a radiologist, because he had almost X-ray vision, with an uncanny ability to divine our vulnerable spots. I urged my mother to leave him, and the summer before I left for college, she did. When Dad refused to pay for my wedding 11 years later, I was hurt but not surprised. His father had broken his mother’s heart and his; my father had broken my mother’s and mine and, eventually, stabbed his own.

But in the last years of his life, he sweetened. After he recovered from his second suicide attempt, his second marriage ended. He rented an apartment in Jersey City, and my half sister, then a teenager, moved in with him. He became engaged to one woman, and then another.

In the summer of 2000, he was given a diagnosis of chronic lymphocytic leukemia. The illness mellowed him further. Shortly after Dad’s diagnosis, I had my second son and my brother had his third; my father adored his grandsons. He drove them around in his blue convertible (sometimes without a car seat), took them swimming at the pool outside his apartment and gave them sheaves of $20 bills.

In one of his final letters, just before his death in 2005, Dad wrote: “You recognize my passion to combat anger. My illness needs boundaries. Your proximity is my Rock of Gibraltar as is Michael’s. You are the better angels of my nature.”

Growing up, I yearned to be one of those women whose father loved her unconditionally, who didn’t mock or rage, or make violent attempts on his own life. Five of my closest friends have parents who either attempted suicide or succeeded at it. Perhaps I gravitate toward people whose parents have struggled with mental illness. There are a lot of us.

After college, I went to work for an investment bank and then Business Week, male-dominated environments where men sometimes behaved badly. None of them ever behaved as badly as my father did, so I managed.

I recently found a card my father had given me, in which he’d scribbled: “Keep your eyes on the road and your lungs full of clean air. There will be bumps but you will bounce.” Despite his heartbreaking behavior, my father was resilient. He had taught me to bounce back too.

Laura Zinn Fromm is the author of “Sweet Survival: Tales of Cooking & Coping.”