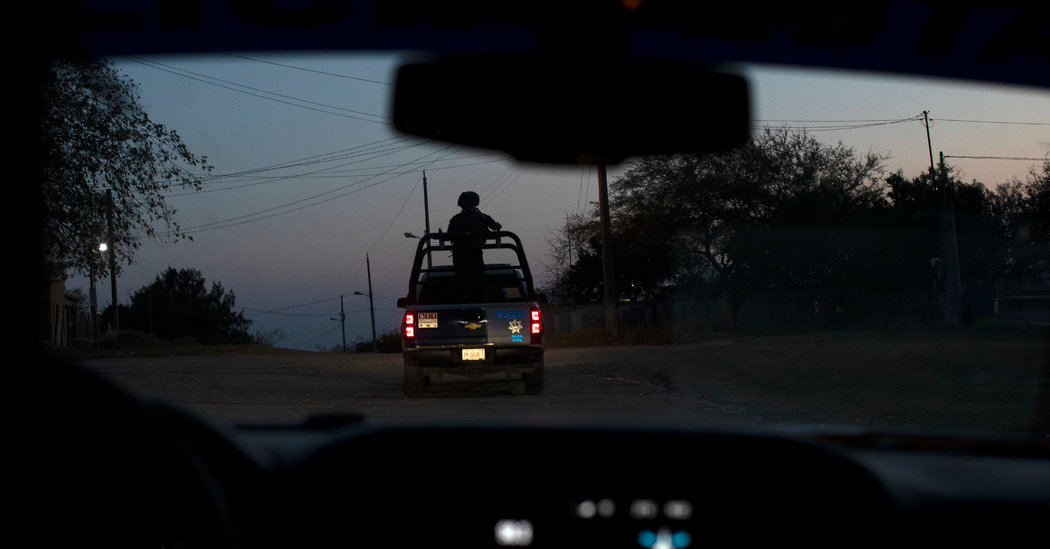 MEXICO CITY — The raid delivered a resounding blow to Mexico City’s most fearsome criminal group: 31 suspected gang members were arrested, two drug labs were uncovered and a criminal bounty was seized, including two and a half tons of marijuana, 44 pounds of cocaine and an arsenal of weapons.

Within a few days, however, the case had collapsed. A judge, finding inconsistencies in the prosecution’s files, freed nearly all of the suspects. And a major victory for the government turned into a major embarrassment.

The outcome was, in some ways, a reaffirmation of Mexico’s new criminal justice system. A sweeping overhaul of the judiciary, fully carried out in 2016, has created more transparency in the courts, raised the standards of evidence and given judges more authority to toss out charges because of procedural errors.

But with this shift to stronger due process, government officials have come to a difficult realization: An overhaul meant to strengthen the nation’s ability to combat violence and impunity has also made it more difficult to put people behind bars and keep them there.

And this has become a political problem for President Andrés Manuel López Obrador, whose efforts to counter the nation’s relentless criminal groups have largely seemed futile.

Desperate to show gains, the government is now seeking to re-engineer the justice system once again, through a broad package of reforms intended to strengthen its hand in the fight against crime.

Officials said they planned to submit the proposed reforms on Feb. 1 to the legislature. But leaked drafts that have circulated in recent days have outraged legal experts, who said they contained changes that would unwind hard-fought due process guarantees and human rights protections.

When Mexico’s Congress approved the overhaul of the judicial system in 2008, it sought to modernize an opaque, corrupt and deeply inefficient system, increasing not only due process and accountability but the public’s faith in the rule of law.

Unlike the previous system, in which court procedures were largely conducted behind closed doors, with a judge reviewing written arguments and evidence, the new system was based on oral trials that allowed prosecutors and defense lawyers to present their cases in open court.

The reforms created a special due-process judge — separate from the trial judge — to ensure that a defendant’s human rights were respected during the pretrial phase, among many other changes. The new system also severely limited automatic pretrial detention, which was sometimes used to imprison suspects for years without trial, and provided more mechanisms for alternative dispute resolutions.

The reforms were adopted according to an eight-year timetable, requiring the retraining of police officers, prosecutors, judges and defense lawyers; the building of new courthouses; and the revamping of law school curriculums.

Given the herculean nature of the effort, and the cultural shifts it demanded, many warned that it might take years for the system to come to full fruition — and unwavering political will to see it through.

The transition received the robust support of the United States, which invested more than $300 million in the project, and the new system was officially in place in all 32 states of Mexico by the deadline of June 2016.

But since then, two continuing trends have spooked government officials: a rise in violence and a decrease in the prison population.

In the last publicly available prison census, from November, there were nearly 202,000 inmates in prison, down about 14 percent from when the reforms were fully implemented, according to government statistics.

At the same time, violence has soared.

In 2019, Mr. López Obrador’s first full year in office, Mexico recorded more than 34,500 murders, the highest annual tally since the late 1990s, when the government started keeping such data.

And last year was marked by several high-profile public security failures that have cost the administration public confidence.

Among them was the sudden collapse of the case against the Unión Tepito, the Mexico City criminal group that was the target of the raid. It was another example of what many legal experts say is the continuing struggle of prosecutors and the police to present cases that can stand up in the new criminal justice system.

Mr. López Obrador and other elected officials could barely contain their frustration with the judge’s decision in the case, handed down in October.

“With total respect for judicial power and its autonomy, the judge’s decision seems unfortunate to me,” Claudia Sheinbaum, the mayor of Mexico City, told reporters. “I think the judges should analyze the cases in an integral way, weigh the collective interest and review all the evidence.”

When asked about the matter, Mr. López Obrador acknowledged that some public officials still needed additional training in the new judicial standards. When prosecutorial files are flawed, he said, “Judges can say: ‘It is poorly compiled, there is insufficient evidence, there are contradictions.’ And: freedom.”

But he also raised the specter of corruption, saying that a longstanding practice among dishonest judges has been to use the errors in case files as “an excuse” to release defendants.

Some public officials have even tried to draw a direct link between the drop in the prison population and the rise in violence. They have specifically blamed the new justice system for allowing the accused to more easily walk free and return to a life of crime — a phenomenon some refer to as “the revolving door.”

Among those vowing to close that door is Alejandro Gertz Manero, Mexico’s attorney general and a lead author of the new set of reforms.

“They came in one way and went out the other, the number of criminals multiplied, some prisons reduced their population but multiplied their damage to society,” he said at a committee meeting in the Mexican Senate this month. “The system, instead of improving, got more complicated.”

The leaked drafts of the initiatives include measures that would significantly expand the use of pretrial detention, eliminate the due-process judge and eliminate rules that automatically prohibit the use of evidence obtained illegally, legal experts said.

The drafts have stunned judges, defense lawyers, legal scholars and other experts in the Mexican criminal justice system, particularly those who have spent years helping to implement the 2008 reforms.

“It’s a quite extensive regression,” said Jorge Arturo Gutiérrez Muñoz, a former judge who now works as a consultant and teacher for the new justice system. “It causes me a certain amount of anxiety and sadness.”

Alejandra Ramos, a judge in the northern state of Chihuahua, said the proposed initiatives amounted to “a return to barbarism.”

She laid out the government’s logic: “Since I don’t have the capacity to investigate and find evidence, I need new mechanisms to judge and convict without proof,” she said. “I need to implement a new model that allows me to detain and put people in prison: guilty without proof.”

Supporters of the 2008 reforms say that while there may be room for adjustment and fine tuning, the system is strong but needs more time to come to full fruition, especially amid lags in the training of police officers.

“It’s in diapers,” Jesús I. Moreno de Leija, a defense lawyer in Mexico City, said of the newly implemented system.

Officials who have been drafting the new initiatives seemed to be caught off guard by the leak and the resulting outrage. Mr. López Obrador and officials in his administration have since sought to distance themselves from the package of reforms, with some officials privately insisting that it was largely the work of Mr. Gertz, the attorney general.

Asked about the draft reforms at a recent news conference, Mr. López Obrador responded: “There will be no going backward in anything. It’s real, authentic liberty and democracy.”