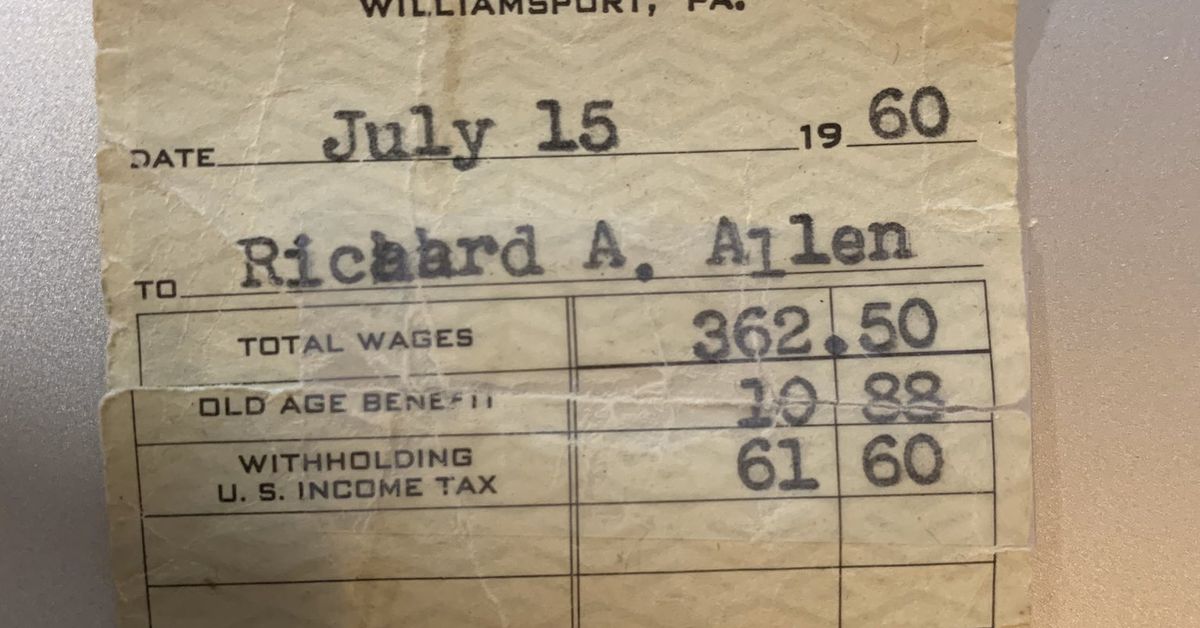 Minor league players get paid relative peanuts, which is even more evident thanks to trip down memory lane by a former major league MVP.

Dick Allen played 15 years in the majors, was a seven-time All-Star, won rookie of the year and the 1972 AL Most Valuable Player. On Friday he tweeted his first professional baseball paystub, from 1960.

Today’s archive find… a pay stub from my first year in professional baseball. This might be my first check from the 1960 Elmira Pioneers in the NY Penn League. I cashed it & put the money in my pocket. When Ma found out… she expressed her displeasure loudly #MiLB pic.twitter.com/Ef3RWfG6ho

It’s unclear if this paycheck was for an entire month or half of one, but either way the numbers are staggering. Not because $362.50 is a low amount to be paid, but rather that it has barely changed in 60 years.

Let’s assume for a moment that the $362.50 was for an entire month. Elmira was in the New York Penn League, now a short-season Class-A league that still exists but has nine of its 14 teams on MLB’s proposed cut list in an effort to trim a quarter of all minor league teams. Minimum salary in the minors for a player on their first major league contract is $1,100 per month. That’s three times Allen’s first salary, or 1½ times his salary if the paystub above only covers half a month.

It’s not just fresh-faced new draftees — or in Allen’s case, before the draft existed, an 18-year-old signed out of high school — who get paid very little. This has happened for decades.

Found this old paycheck of mine back in 1996 from A ball Rockford, IL. So you want to play professional baseball, it will be fun they said!!! Hahaha. How bad do you want it!!! pic.twitter.com/NXa3zxuVvR

As a larger part of a spending bill signed into law in March 2018, the Save America’s Pastime Act exempted baseball from paying its players overtime even in weeks they work over 40 hours, which during the season is essentially every week.

A lawsuit spearheaded by former minor league pitcher turned attorney Garrett Broshuis scored a win of sorts in January, when a federal appeals court denied MLB’s attempt to prevent the suit from class action status. That lawsuit has yet to go to trial, but it’s a step toward that direction in an effort to increase minor league pay.

As we’ve seen in the dismal gains over the last 60 years relative to both the industry and the country as a whole, that increase is sorely needed.