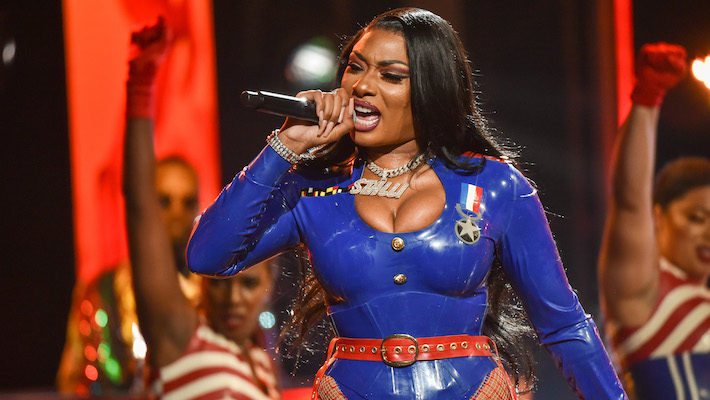 Brooklyn-based funk-R&B band Phony Ppl hit a new groove with Texas superstar Megan Thee Stallion on their new song “Fkn Around.” The group originally debuted the song back in October as part of their Tiny Desk Concert set, holding onto the final release until today. Phony Ppl backed up Megan as her house band then but here, there’s a more equal distribution of duties as group vocalist Elbee Thrie encourages a potential paramour to step out on her man and Meg offering the coquettish counter to his cocky come-ons.

“Fkn Around” is the latest product of Megan’s prolific recent run of collaborations, as she utilizes smart soundtrack placements and fiery feature verses to keep her buzz buzzing as she prepares the release of her album Suga. The Houston hottie appeared on the Queen & Slim soundtrack with a collaboration with Vickeelo titled “Ride Or Die” at the end of 2019, then teamed up with Normani to contribute independence anthem “Diamonds” to the soundtrack for Birds Of Prey. She also says she has a new song with SZA coming out produced by Juicy J, with whom she previously worked on her Fever track “Simon Says.” Of course, as she teases her new album, she still shows off her bold, self-reliant style solo on its first single, “B.I.T.C.H.”

Press play on Phony Ppl’s “Fkn Around” above.