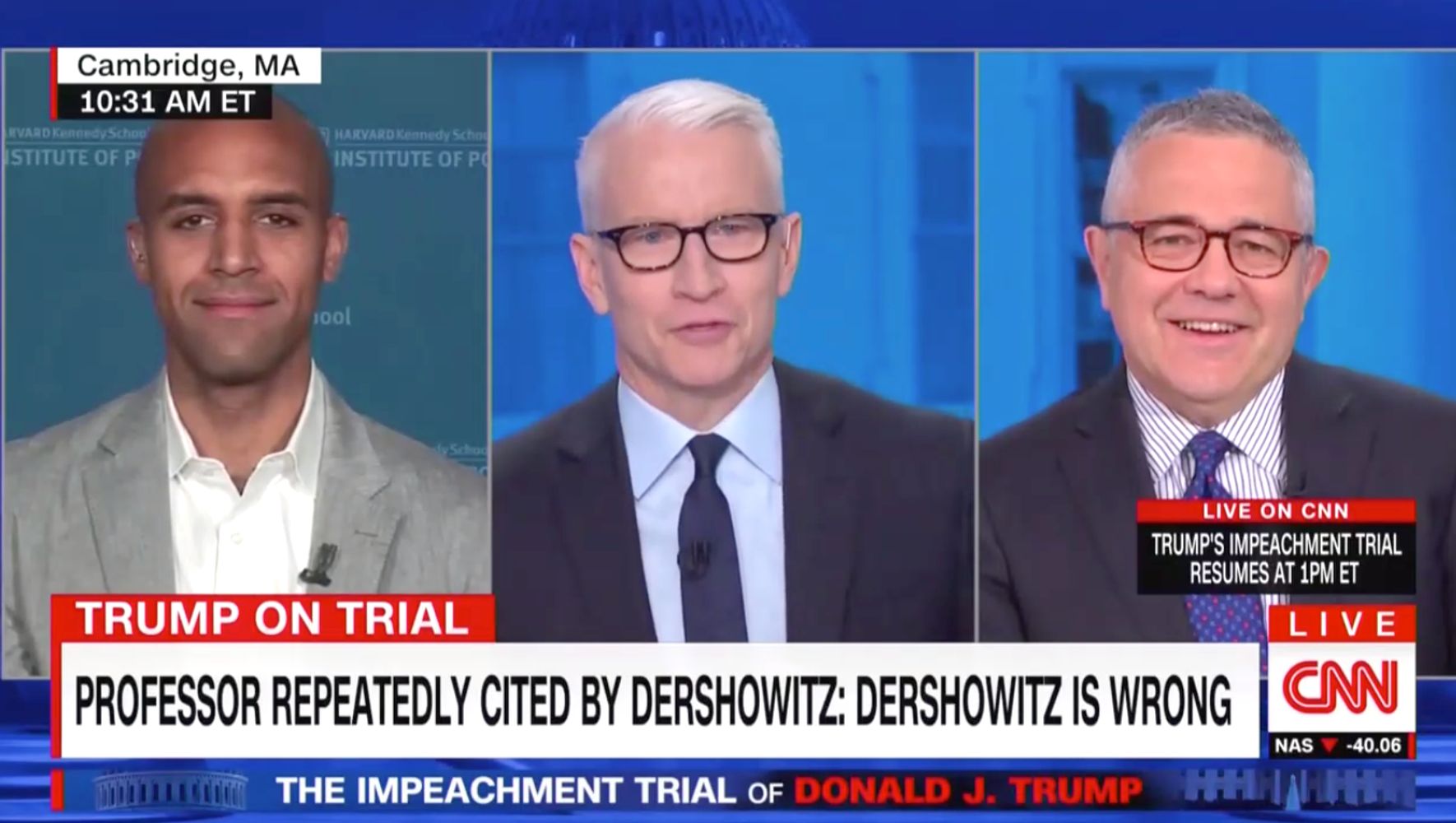 Nikolas Bowie, an assistant professor at Harvard Law School, clarified on CNN Thursday that Alan Dershowitz was incorrectly citing his work in arguments against the impeachment of President Donald Trump.

Dershowitz, a Harvard Law professor emeritus who serves on Trump’s impeachment defense team, has repeatedly invoked Bowie’s work to assert that the president should not have been impeached because the charges against him can’t be considered crimes.

In his opening statement at the impeachment trial Monday, Dershowitz referenced a Harvard Law Review article Bowie published in 2018 called “High Crimes Without Law,” which contends that impeachment cannot occur without a crime.

Dershowitz had also cited the law review article during a CNN appearance last week, prompting Bowie to publish an op-ed in The New York Times to clarify that Dershowitz had misinterpreted his work.

“Even if you think impeachment requires a crime, as I do, that belief hardly supports the president’s defense or Mr. Dershowitz’s position,” Bowie wrote. “President Trump has been accused of a crime. Two in fact.”

But this clarification seemed to fall on false ears: Dershowitz claimed the Times op-ed was also in his favor during his Senate remarks and another CNN appearance on Tuesday.

Dershowitz selected parts of Bowie’s writing to contend that abuse of power ― one of two charges leveled against the president ― is not a criminal act and that it can be equated to maladministration.

“He agrees with me that maladministration, abuse of power and abuse of office are essentially the same,” Dershowitz said on CNN Tuesday.

“Abuse of power is a crime,” Bowie said when asked to explain his position. “There are people around the country who have been convicted of it recently. It’s a crime that’s existed since this country was founded.

“To equate it with maladministration, as my colleague Professor Dershowitz does, is the equivalent of saying that criminal corruption is the same as getting a bad performance evaluation.”

“Maladministration is just an 18th century term for doing a bad thing at your job,” he added, agreeing that “a president shouldn’t be impeached for getting a bad performance evaluation.”

“But to equate that with criminal corruption? That’s a joke.”

Watch the full segment via Media Matters below.