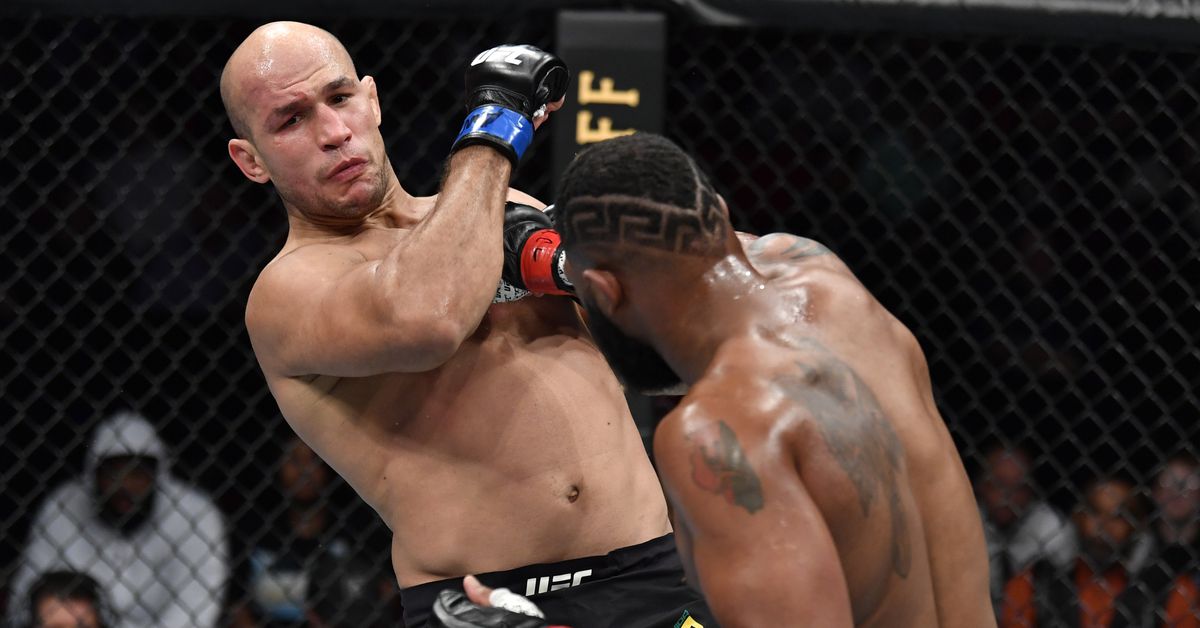 Junior dos Santos successfully stopped every single one of Curtis Blaydes’ takedown attempts in the main event of UFC Raleigh on Saturday, but the wrestler got the best of him on the feet, knocking out the former champion in the second stanza.

Back home after a disappointing defeat that dropped his record to 6-5 since losing the UFC heavyweight championship in 2012, “Cigano” spoke with MMA Fighting about exactly what went wrong in the fight.

“I was physically well, feeling strong despite the difficulties we had, but man, I couldn’t find my timing,” dos Santos said. “I was prepared to defend the takedown attempts, and that’s all I did in the fight. That’s what I felt. I entered the fight to defend the takedowns and forgot to attack. I ended up giving him too much space to attack and paid a big price. I defended all of his takedowns but gave nothing in response, so that made him comfortable to got out and fight, and one hand landed.

“It’s not about being disrespectful, but you don’t have to consider your opponent’s strengths too much, you have to impose yours. That’s what I always say, but that’s exactly what I didn’t do this time. The strikes I threw didn’t land because I was too distant from him to avoid his takedowns. I wasn’t landing anything and giving him freedom to move and keep attacking. That’s what broke me. It’s his merit, he did his best and got the knockout.”

Dos Santos’ coaches at American Top Team advised the heavyweight veteran to take some time off after the defeat, his second knockout in a row, but “Cigano”, who turned 36 on Friday, is not a fan of taking time off on the sidelines.

“They wanted me to take a break and rest, but the problem is, I won’t rest,” said dos Santos, who signed a new eight-fight deal with the company prior to UFC Raleigh. “I will only rest when I get things right again and fix my mistakes. To me, the best option is to get another fight right away. I wanted to fight soon after my injury because that’s the best medicine to me. My life is good when I’m active, when I have a goal.”

The UFC has a Fight Night card booked for Brazil on March 14, and will return on May 9 for a pay-per-view event in Sao Paulo. “Cigano” won’t commit to any specific date or opponent right now, but sees “a lot of options” for a potential bout at UFC 250.

“I haven’t fought in Brazil since I entered the UFC, so that would be great for my career, to fight for my people,” said dos Santos, who was only scheduled to fight in Brazil once, but was forced out of a fight with Stipe Miocic with a broken hand in 2014. “I can get ready for a fight in May, no problem. That sounds good to me. In case they offer me something for that card, I can fight in Brazil in May.”