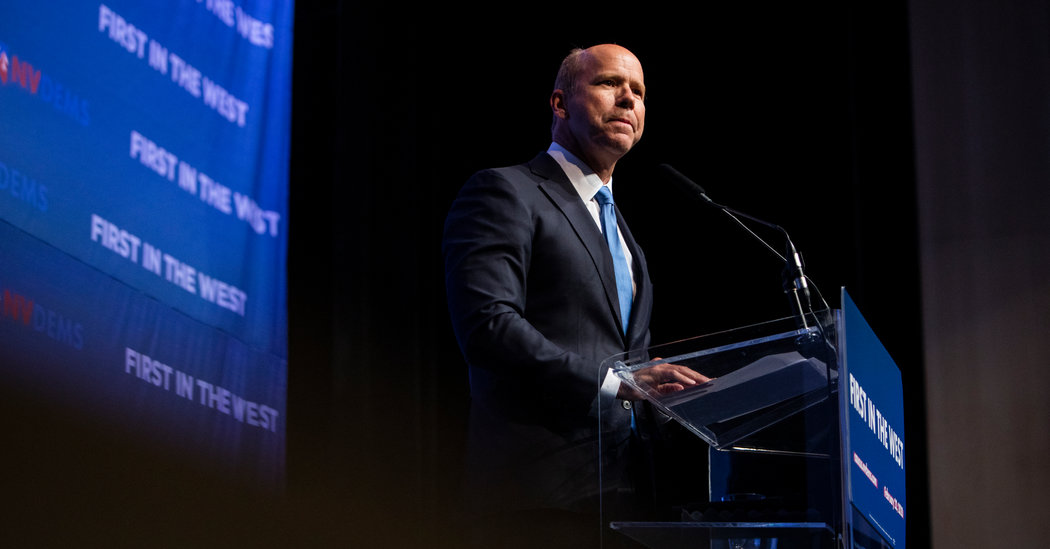 John Delaney ran one of the longest presidential campaigns in American history, but it’s over now.

Mr. Delaney dropped out of the Democratic race on Friday, just three days before the Iowa caucuses, ending a two-and-a-half-year marathon that has spanned almost the entirety of the Trump presidency. Anthony Scaramucci was working in the White House when Mr. Delaney began his campaign. The white supremacist rally in Charlottesville had not happened yet. Robert Mueller’s investigation was less than three months old.

Mr. Delaney announced his candidacy on July 28, 2017, during his third term as a representative from Maryland, and did not pursue re-election in 2018, the better to focus on his quest for the White House. By the time other Democrats began flooding Iowa, he had already visited every county — the theory being that a little-known congressman could become a presidential nominee if he barnstormed the early primary states before anyone else was around to draw voters’ attention.

“I think I’m the right person for the job, but not enough people knew who I was or still know who I am,” Mr. Delaney said in August 2018. “The way to solve that problem, it seems to me, is to get in early and just work harder than everyone else.”

On Friday, he acknowledged that his years of campaigning hadn’t been enough.

“It has been a privilege to campaign for the Democratic nomination for president, but it is clear that God has a different purpose for me at this moment in time,” Mr. Delaney said in a statement. “This race was never about me, but about ideas and doing what’s right for our nation,” he added.

Initially, his pitch was bipartisanship, and the time-honored idea that Americans could overcome their bitterest divisions if only they had a leader who encouraged them to do so. As more candidates entered and the race shifted sharply to the left, he leaned harder into his self-appointed role as a voice of moderation, nowhere more so than on health care.

Mr. Delaney proposed automatically enrolling every American in a government-run health care plan, but offering a credit to people who wanted to forfeit that benefit and buy their own insurance instead. He cast it as a sort of compromise measure: a way to guarantee universal coverage without eliminating private insurance. And as the race heated up, he pushed aggressively against “Medicare for all,” calling it unrealistic and bad politics.

“I believe the American people do want choices,” he said. “We’re different than other countries in that regard. We believe in choices, we believe in everyone making their own decisions, so I don’t see why we want to be insisting upon one source of health care for everyone.”

After a muted performance in the first debate, Mr. Delaney made the most of the second, logging about the same amount of speaking time as two more prominent candidates, Senator Amy Klobuchar of Minnesota and former Representative Beto O’Rourke of Texas. But his numbers did not improve, and he didn’t reach the polling or donor thresholds necessary to qualify for the subsequent debates.

The debate moderators seemed, at times, to regard Mr. Delaney less as his own candidate than as a foil for liberals like Senators Bernie Sanders of Vermont and Elizabeth Warren of Massachusetts. It was at Mr. Delaney, in response to his criticism of “impossible promises” and “fairy-tale economics,” that Ms. Warren directed a particularly memorable line: “I don’t understand why anybody goes to all the trouble of running for president of the United States just to talk about what we really can’t do and shouldn’t fight for.”

Before he was elected to the House in 2012, Mr. Delaney founded two financial companies and was, at one point, the youngest chief executive on the New York Stock Exchange. Those companies made him one of the wealthiest members of Congress, with an estimated net worth of more than $90 million. He spent millions of that money on his own campaign, which struggled to attract donors.