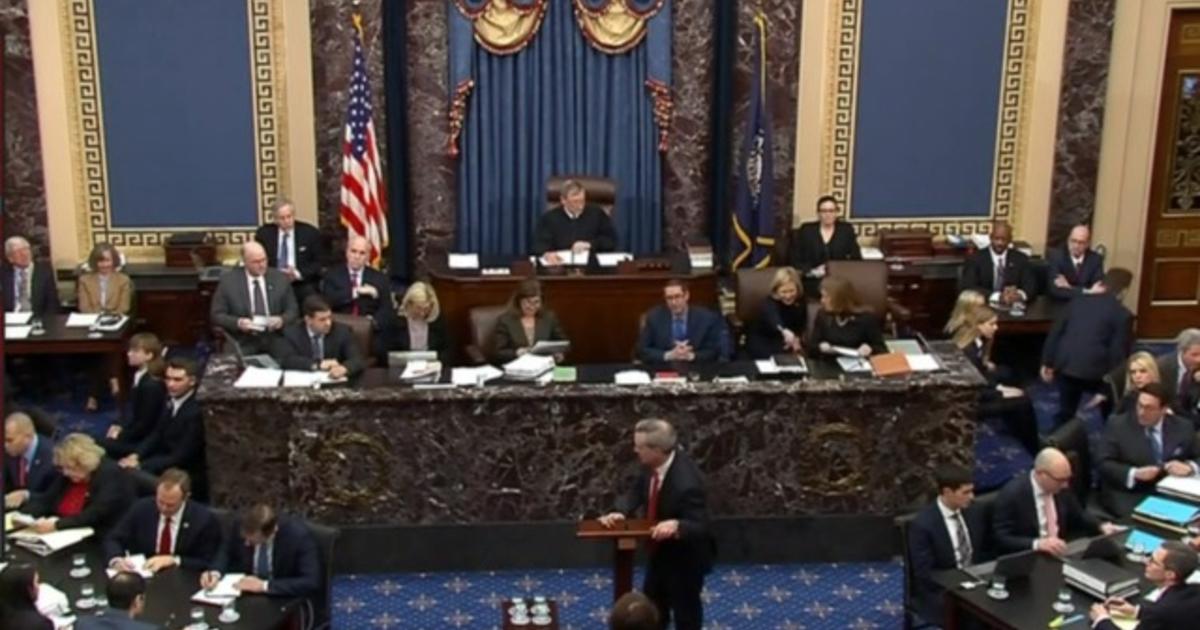 Washington — Senators will hear closing arguments in President Trump’s impeachment trial Friday, the 10th day of the impeachment trial, ahead of a vote on whether to call witnesses. Questions remain about how long the trial could continue, even if senators vote not to hear testimony.

At the end of Thursday’s session, the two-day Q&A portion, Senator Lamar Alexander announced that he would vote against calling witnesses, suggesting that they would only “prove something that has already been proven,” but that fails to meet the bar for impeaching the president. Among the other three closely watched Republicans, Senators Susan Collins and Mitt Romney are expected to vote yes on hearing from witnesses, while Senator Lisa Murkowski has not announced her decision.

Should Murkowski vote with Democrats, the likely result would be a 50-50 stalemate. Chief Justice John Roberts could weigh in on the tie, although it’s not certain he would. And he could still be overruled by a majority of the senators.

Without witnesses, there would then be a vote on acquitting the president, but it’s possible that Democrats could delay the conclusion of the Senate trial.

On Wednesday and Thursday, senators peppered both sides with questions about the president’s efforts to get Ukraine to investigate his political rivals and the legal theories underpinning the two articles of impeachment against him. Mr. Trump’s attorneys argued his conduct doesn’t rise to the level of an impeachable offense and Democrats hammered home their insistence that the Senate call witnesses, particularly Bolton.

Bolton is reported to allege in a book manuscript that Mr. Trump explicitly tied the resumption of military aid to Ukraine’s willingness to announce investigations of Joe Biden and his son, Hunter, an accusation the president and his team deny.