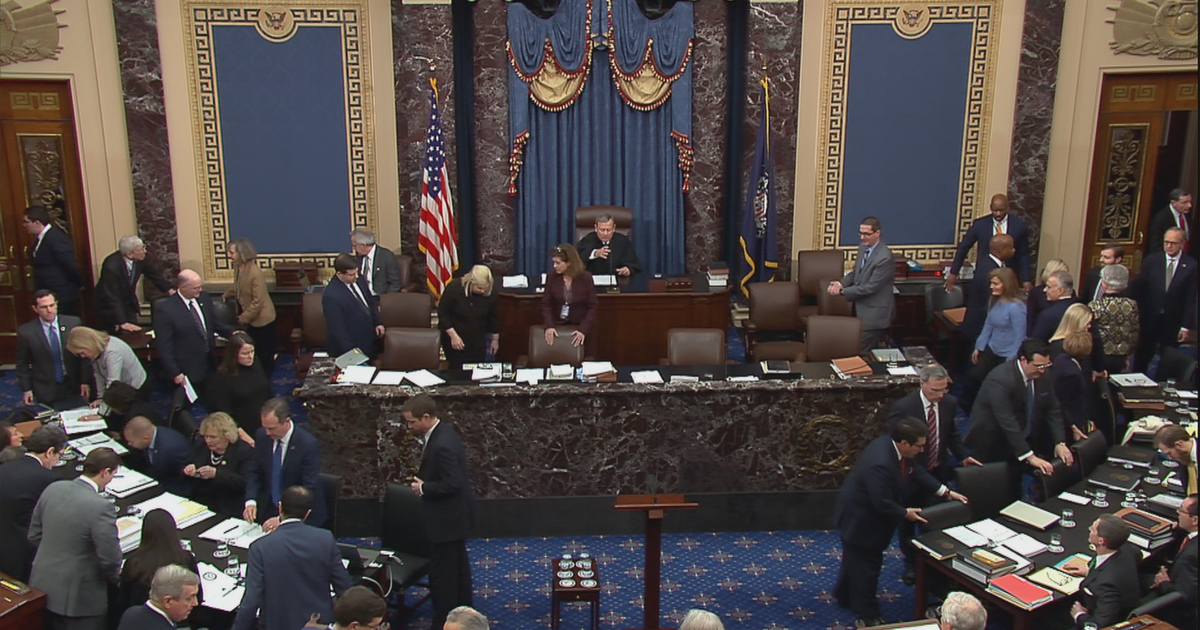 The White House remains uncertain about just how long the Senate impeachment trial could continue, a clash of its desire with the Senate’s procedural realities. The White House legal team believes the trial could and should end late Friday night or Saturday at the latest, which is what many Republicans would like, too.

And top Republican Senator John Cornyn told reporters the trial “probably is going to carry us over to the first part of next week.”

Senate Democrats have a number of procedural tools at their disposal, and Schumer alluded to this in a news conference Friday morning, suggesting that he could employ these tools to push senators to speak to explain their votes.

Procedural motions leading up to the question of depositions and documents could easily be a drawn-out procedural battle, with the complications arising from the Democratic side to pressure Republicans. This could dramatically slow down the process to get to the vote on witnesses and documents.

After the vote or votes on depositions and documents, the Senate cannot, as the White House’s legal team hopes, move immediately to an acquittal vote unless all Senate Democrats agree unanimously to do so. The White House team studying the legislative realities of the trial does not expect Senate Democrats to capitulate.

The White House team believes that procedural motions preceding a vote on each of the two articles of impeachment could easily take up Saturday and Monday. If the trial continues Tuesday, security preparations for the State of the Union address would probably require the Senate to adjourn around 5 p.m. Tuesday, forcing the trial to resume Wednesday.

The president wasn’t pleased when he was briefed on this by the senior administration official, but he didn’t lose his temper over the possibility that the trial could stretch into the middle of next week. The source said delaying the State of the Union address is not under consideration.

A Democratic leadership aide said the “lunches will be what decides” the timing of the trial, meaning that McConnell and Schumer will be gauging how the caucuses feel about the possibility of extending the trial. — Major Garrett, Ed O’Keefe, Nancy Cordes