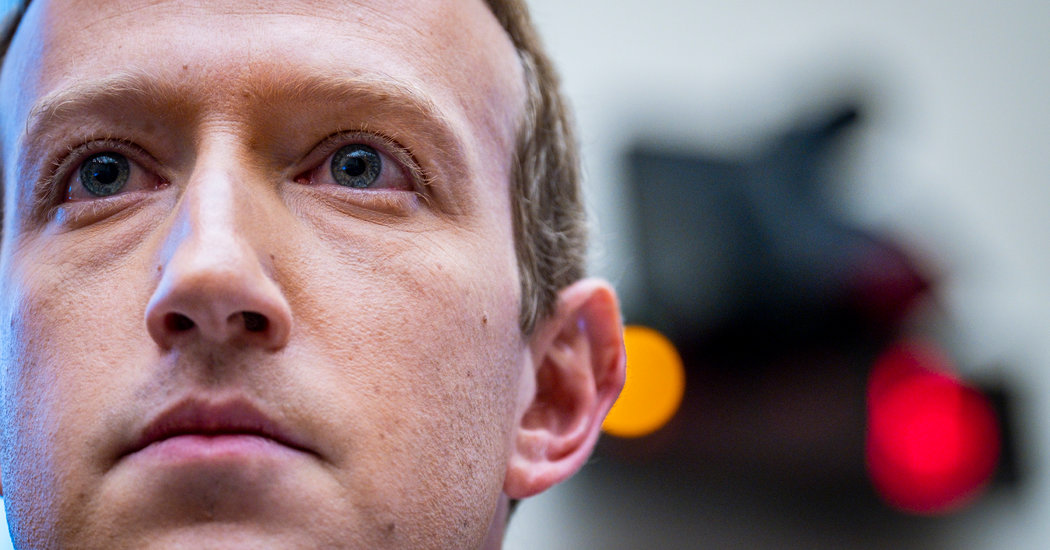 At a dinner last week in Davos, Switzerland, I was asked if I thought Facebook was behaving more responsibly today than it did during the 2016 presidential election.

“Not at all,” I answered. “Facebook helped Trump to get elected and I am afraid that it will do the same in 2020.” I explained that there is a longstanding law — Section 230 of the Communications Decency Act — that protects social media platforms from legal liability for defamation and similar claims. Facebook can post deliberately misleading or false statements by candidates for public office and others, and take no responsibility for them.

I went on to say that there appears to be “an informal mutual assistance operation or agreement developing between Trump and Facebook” in which Facebook will help President Trump to get re-elected and Mr. Trump will, in turn, defend Facebook against attacks from regulators and the media.

I disagree. I believe that Mr. Trump and Facebook’s chief executive, Mark Zuckerberg, realize that their interests are aligned — the president’s in winning elections, Mr. Zuckerberg’s in making money.

Let’s look at the evidence: In 2016, Facebook provided the Trump campaign with embedded staff who helped to optimize its advertising program. (Hillary Clinton’s campaign was also approached, but it declined to embed a Facebook team in her campaign’s operations.) Brad Parscale, the digital director of Mr. Trump’s 2016 campaign and now his campaign manager for 2020, said that Facebook helped Mr. Trump and gave him the edge. This seems to have marked the beginning of a special relationship.

More recently, direct contact between the two men has raised serious questions. Mr. Zuckerberg met with Mr. Trump in the Oval Office on Sept. 19, 2019. We don’t know what was said. But from an interview on the sidelines at the World Economic Forum on Jan. 22, we do know what Mr. Trump said about the meeting: Mr. Zuckerberg “told me that I’m No. 1 in the world in Facebook.” Mr. Trump apparently had no problem with Facebook’s decision not to fact-check political ads. “I’d rather have him just do whatever he is going to do,” Mr. Trump said of Mr. Zuckerberg. “He’s done a hell of a job, when you think of it.”

The president’s 2016 campaign mounted a robust data-centric communications effort and has continued to build on that program over the past few years, using Facebook as a key part of their strategy.

Facebook’s decision not to require fact-checking for political candidates’ advertising in 2020 has flung open the door for false, manipulated, extreme and incendiary statements. Such content is rewarded with prime placement and promotion if it meets Facebook-designed algorithmic standards for popularity and engagement.

What’s more, Facebook’s design tends to obscure the sources of inflammatory and false content, and fails to adequately punish those who spread false information. Nor does the company effectively warn those who are exposed to lies.

I expressed my fear that with Facebook’s help, Mr. Trump will win the 2020 election. The recent hiring of a right-wing figure to help manage its news tab has reinforced those fears. In my comments in Davos, I also pointed out that Facebook has been used to cause worse damage in other countries than the United States. In Myanmar, for example, military personnel used Facebook to help incite the public against the Rohingya, who were targeted in a military assault of incredible cruelty including murder, rape and the burning of entire villages: Around 700,000 Rohingya fled to Bangladesh. The International Court of Justice in The Hague is currently deliberating whether these atrocities qualify as genocide.

But within the last year, Facebook has introduced new features on its mobile app that actually intensify the fire of incendiary political attacks — making them easier and quicker to propagate. The system is cost-free to the poster and revenue-generating for Facebook. Good for Facebook, bad for democracy.

The responsible approach is self-evident. Facebook is a publisher not just a neutral moderator or “platform.” It should be held accountable for the content that appears on its site.

Speaking at a cocktail party in Davos on Jan. 22, Facebook’s chief operating officer, Sheryl Sandberg, repeated the worn Silicon Valley cliché that Facebook is trying to make the world a better place. But Facebook should be judged by what it does, not what it says.

I repeat and reaffirm my accusation against Facebook under the leadership of Mr. Zuckerberg and Ms. Sandberg. They follow only one guiding principle: maximize profits irrespective of the consequences. One way or another, they should not be left in control of Facebook.

George Soros (@georgesoros) is the founder and chairman of the Open Society Foundations.