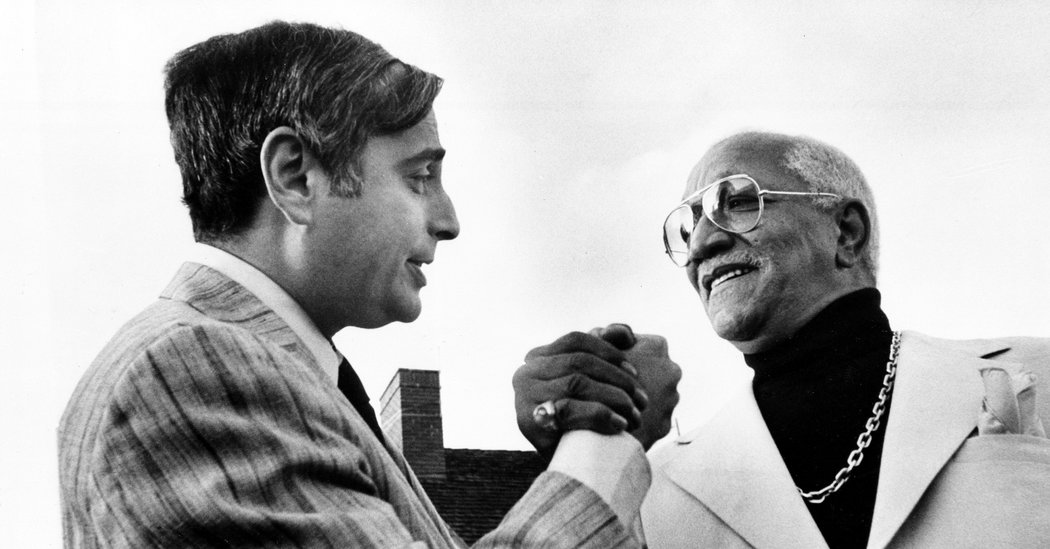 Fred Silverman, who as a top executive at CBS, ABC and finally NBC was one of the most powerful people in the three-network era — a force behind the success of beloved series like “All in the Family,” “The Mary Tyler Moore Show,” “M*A*S*H,” “Laverne & Shirley” and “Hill Street Blues” — died on Thursday at his home in the Pacific Palisades section of Los Angeles. He was 82.

Julia Rossen, of the public relations concern 42West, announced his death in a news release. She said the cause was cancer.

At 25, Mr. Silverman was made head of daytime programming for CBS, and in 1970, in his early 30s, he landed the network’s top programming job, putting him in charge of the prime-time schedule.

CBS, known in the 1960s for relatively conventional comedies like “The Andy Griffith Show” and “The Beverly Hillbillies,” was looking to freshen its image, and Norman Lear and Bud Yorkin’s groundbreaking “All in the Family,” which tackled contemporary issues like bigotry with scalding humor, became a key component of that strategy.

The show was originally made for ABC, but when that network rejected it, Mr. Lear took it to CBS, where Mr. Silverman and other executives watched a pilot.

“I couldn’t believe I was seeing what I was seeing,” Mr. Silverman recalled in an oral history recorded in 2001 for the Television Academy Foundation. “Compared to the crap that we were canceling, this was really setting new boundaries.”

He credited Robert Wood, president of CBS at the time, with putting the show on the air in January 1971. But it was Mr. Silverman who rescued it from its original, deadly Tuesday night time slot, stacking it on Saturday nights with another savvy series, “The Mary Tyler Moore Show.”

“These were the first building blocks,” Mr. Silverman said, leading to other successes like the spinoffs “Maude,” from “All in the Family,” and “Rhoda,” from “Mary Tyler Moore.”

In a message on Twitter on Thursday, Norman Lear wrote, “There would be no ALL IN THE FAMILY or MAUDE without Fred Silverman.”

Mr. Silverman was lured to ABC, which had long trailed the other two networks in the ratings race, in mid-1975. He was named president of ABC Entertainment, the division that developed programming and talent. By the time he left in 1978 to become NBC’s president and chief executive, ABC was No. 1 in the Nielsen rankings, on the strength of shows like “Laverne & Shirley” (a spinoff of “Happy Days”), not to mention the landmark mini-series “Roots” (1977).

Mr. Silverman failed to work his magic at NBC, which had fallen to third place in the ratings, despite some successes, like the police drama “Hill Street Blues,” which premiered in January 1981. He resigned in mid-1981 and turned to producing his own shows.

Mr. Silverman was famed for his programming instincts, but he admitted that he had backed some clunkers. There was, for instance, a short-lived 1972 comedy called “Me and the Chimp,” about a family that has a chimpanzee. The show, he acknowledged in a 1976 interview with The New York Times, “represented a new depth in television programming.”

Fred Silverman was born on Sept. 13, 1937, in New York City to William and Mildred Silverman and grew up in Rego Park, Queens. His father was a television and radio service man, his mother a homemaker. Fred graduated from Forest Hills High School in Queens.

As a child he was drawn to the radio, especially dramas, and he collected radio scripts.

“When I was 10, 11, 12 years old, I used to go down to the studios and made friends with all the porters,” he said in the oral history. “They would collect scripts for me. I think at one point I had about four or five thousand scripts.”

Mr. Silverman earned a bachelor’s degree at Syracuse University and a master’s in television and theater arts in 1959 from Ohio State University. (He later donated his boyhood collection of scripts to Ohio State.)

His master’s thesis was a 406-page analysis of ABC’s programming from 1953 to 1959, and it helped get him a job at WGN-TV in Chicago in what was called the continuity department, “basically screening commercials and approving copy for live TV,” as he related in the oral history.

“So I was a censor, basically,” he said.

From there he went to WPIX in New York before landing at CBS.

Mr. Silverman was pivotal not only to important shows, but also to careers. He told of once being impressed by a comedian who was performing at a dinner at which Mr. Silverman was receiving an award. It was David Letterman, and in 1980, while at NBC, Mr. Silverman gave him his first talk show. It was a morning show, and it didn’t last long, but it helped elevate Mr. Letterman’s profile.

Mr. Silverman is survived by his wife, Cathy, and two children, Melissa and Billy.

Though Mr. Silverman was associated with countless prime-time shows, he also had a hand in a number of daytime series in his initial job as head of daytime programming for CBS.

In the oral history, he told of once wanting to make a scary animated show about kids in a haunted house, with a dog as a background character. His superiors resisted, thinking the idea was too frightening. After the rejection, he recalled, he was on a plane listening to music when Frank Sinatra’s “Strangers in the Night” came on.

“I hear him say, ‘Scooby-dooby-doo,’” Mr. Silverman said, slightly misrendering Sinatra’s “doo-bee-doo-bee-doo,” “and it’s at that point I said: ‘That’s it. We’ll take the dog, we’ll call it ‘Scooby-Doo’ and move him up front, and it’ll be the dog’s show.’”

“Scooby-Doo, Where Are You!” premiered in September 1969 and became an enduring franchise.