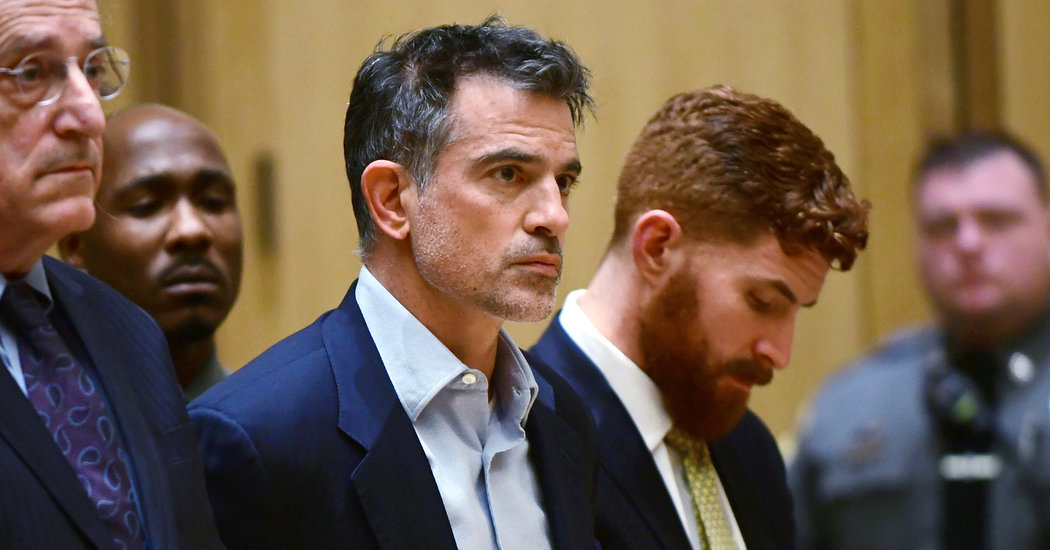 Fotis Dulos, the Connecticut man accused of murdering his estranged wife, Jennifer Dulos, last May in a case that received national attention, died on Thursday, his lawyer said, two days after he attempted suicide at his home.

Mr. Dulos had been in critical condition after suffering carbon monoxide poisoning on Tuesday, when the police found him unresponsive in a vehicle in his garage in Farmington, Conn., a suburb of Hartford, officials said.

The lawyer, Norm Pattis, told reporters outside the Jacobi Medical Center in the Bronx that Mr. Dulos was declared dead at 5:32 p.m.

“Mr. Dulos was tried and convicted in the court of public opinion,” Mr. Pattis said on Thursday in a text message.

He added: “We remain committed to demonstrating that he did not murder Jennifer.”

A spokeswoman for Ms. Dulos’s family, Carrie Luft, said in a statement: “This is a horrific tragedy all around.”

Mr. Dulos’s death was a sobering turn in a grim case that for months riveted the public with a central mystery: What happened to Ms. Dulos, a mother of five from an affluent Connecticut community who was last seen taking her five children to a private school not far from her home on May 24?

Despite extensive searches across Connecticut that included helicopters being flown over a sprawling park and dogs rooting through a trash plant, the police have yet to find Ms. Dulos’s body. All the while, their suspicions focused on Mr. Dulos, with whom she had been ensnarled in a bitter, yearslong custody battle.

It was only this month, more than seven months after Ms. Dulos was reported missing, that the authorities said they had concluded that Ms. Dulos was dead and charged Mr. Dulos with kidnapping and murdering her.

On the last morning that Ms. Dulos was seen alive, Mr. Dulos was lying in wait at her home in New Canaan, Conn., officials said in court documents. They believed that he attacked her in a bloody assault and then attempted to clean the crime scene that morning before driving her body out in her own car.

That evening, officials said in court documents, he and his then-girlfriend, Michelle C. Troconis, disposed of bloodied evidence from the crime scene in trash cans in Hartford.

The police later charged Ms. Troconis, 45, and one of Mr. Dulos’s friends, Kent D. Mawhinney, with conspiracy to commit murder.

The police began to investigate Ms. Dulos’s disappearance after she missed appointments in New York City, and did not answer multiple text messages and calls.

When they went to her home in New Canaan, a town about 50 miles north of New York City, they found a bloody crime scene suggesting that she had been violently attacked. Her car was found, seemingly abandoned, miles away.

Officials later said they found Mr. Dulos’s DNA in blood found on a faucet and a doorknob inside Ms. Dulos’s home, as well as evidence of an attempt to clean up the scene.

As they investigated, detectives learned about Ms. Dulos’s custody case, in which she said that she worried that her husband might hurt her or their children and that he had displayed “irrational, unsafe, bullying, threatening and controlling behavior.”

The day after beginning their investigation, the police seized Mr. Dulos’s cellphone and discovered that he and Ms. Troconis had traveled to Hartford, where surveillance cameras captured them dumping items into trash cans.

When investigators rummaged through the trash cans they found several bloodstained items with Ms. Dulos’s DNA, including her clothing, paper towels and a number of cleaning supplies. At least one black garbage bag had traces of Mr. Dulos and Ms. Troconis’s DNA.

After Mr. Dulos and Ms. Troconis were arrested in June and charged with hindering prosecution and tampering with evidence, Ms. Troconis began meeting with investigators. After offering what the authorities said were false alibis, one involving Mr. Mawhinney, she eventually told the police that she could not account for Mr. Dulos’s whereabouts on the morning of the suspected murder.

The police later determined that Mr. Dulos had borrowed a truck from an employee of his luxury home-building company. Using surveillance footage, they tracked him from his home in Farmington to Ms. Dulos’s home, about 75 miles away.

They said that he then drove the borrowed truck back to Farmington, where he eventually met with Ms. Troconis. Days later, he took the truck to be washed, the vehicle’s owner, Pawel Gumienny told the police.

He also insisted that Mr. Gumienny swap out the vehicle’s seat, court documents said. Mr. Gumienny ultimately did so but was suspicious enough of Mr. Dulos’s persistence to keep the originals. Investigators later found Ms. Dulos’s blood on one of the seats.

Throughout the investigation, as investigators charged him twice with evidence tampering and then with murder, Mr. Dulos maintained his innocence. He pleaded not guilty on all charges and was free on a $6 million bond on the day of his suicide attempt.

On that day, Mr. Dulos was expected to appear in court for a hearing on whether the bond was going to be revoked after the company that insured it raised questions about the value of the collateral used to cover it.

When Mr. Dulos did not show up at court, officers were sent to his home for a well-being check, officials said. Through a window, they saw him in his garage in apparent medical distress. They forced their way in and tried to revive him.

Mr. Dulos was taken to a nearby hospital with a faint pulse, then transferred to a hospital in the Bronx for more specialized treatment. On Wednesday, his lawyer, Norm Pattis, called his medical condition “dire” and said the situation was “grim.”

In an exclusive interview with NBC Connecticut on Tuesday night, Mr. Pattis, an experienced defense lawyer, said it did not occur to him that Mr. Dulos might harm himself. Earlier this month, after Mr. Dulos’s arrest on the murder charge, Mr. Pattis told reporters that Mr. Dulos’s mental health “was fine.”