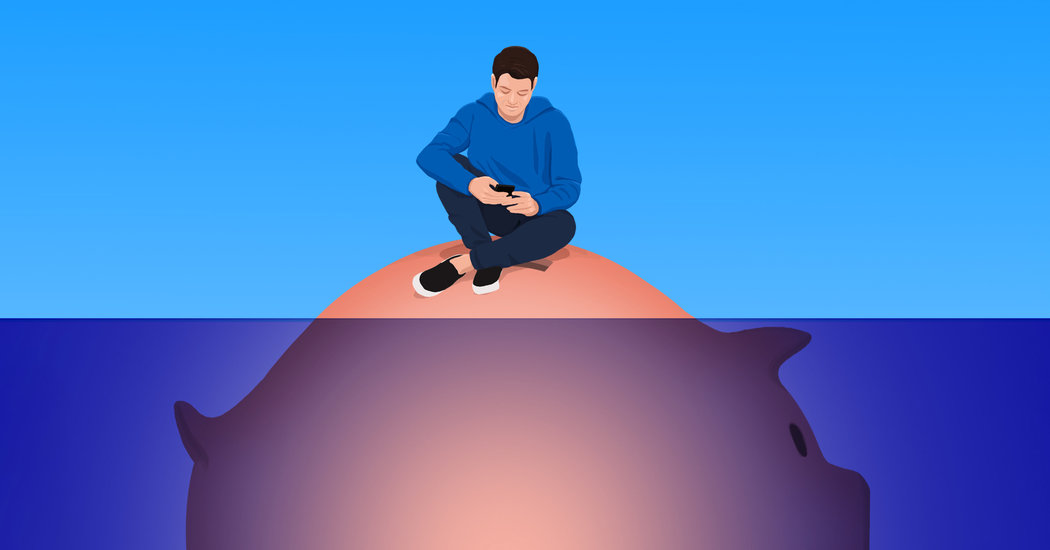 Millennials are often labeled the poorest, most financially burdened generation in modern times. Many of them graduated from college into one of the worst labor markets the United States has ever seen, with a staggering load of student debt to boot. Beginning a career underemployed can depress earnings over a lifetime and delay milestones like purchasing a home and having children. Not surprisingly, millennials have accumulated less wealth than Generation X did at a similar stage in life, primarily because fewer of them own homes.

But newly available data providing the most detailed picture to date about what Americans of different generations save complicates that assessment. Yes, Gen Xers, those born between 1965 and 1980, have a higher net worth. But there is also clear evidence that millennials, born between 1981 and 1996, are saving more aggressively for retirement than Generation X did at the same ages, 22-37. And that might put them in better financial shape than many assume.

The Federal Reserve has a treasure chest full of information about American household saving, in a data set recently renamed the Financial Accounts of the United States. With a bit of a lag, it gives researchers a quarterly view of Americans’ debt and assets. It allows us to gauge how much wealth we have, how liquid and indebted we are, and in combination with other government data, how much we’re saving and ultimately how stretched household budgets have become. These statistics, going all the way back to the 1940s, provide an aggregate view of households’ net worth.

Last March, the Federal Reserve began making available more details within that data, which allows researchers to slice and dice net worth by income group, age and generational cohort, educational attainment and ethnicity. This data has a shorter history, dating back only to 1989, but that’s long enough to make some generational comparisons. This level of detail is vital if policymakers are to understand what drives income inequality, and how to identify solutions.

This new data reveals that in 2018, millennials’ inflation-adjusted per capita financial assets amounted to $17,366, compared to $14,015 for Generation Xers in 2002, when they were the same age. Digging deeper, we find that the bulk of the financial assets among millennials sits in retirement savings vehicles such as 401(k)s, to the tune of $6,933 compared to just $3,970 for Generation X. So while Generation X enjoyed higher overall net worth per capita in 2002 than millennials in 2018 (driven primarily by more real estate wealth) the younger group gets a gold star for retirement preparedness.

No doubt, living through the 2008 financial crisis as young adults and being told Social Security in its current form may not be available to them when they retire have played a role in millennials’ retirement prepping. But there are other reasons: 401(k)s are more widely available today than they were for Gen Xers, and more companies are automatically enrolling new employees in them.

That one change has had a huge impact. In 2006, Congress passed the Pension Protection Act, which introduced tax incentives to encourage companies to adopt auto-enrollment and other measures, such as regular automatic savings increases. Employee participation exceeds 90 percent in plans with auto-enrollment, compared with around 50 percent when workers must opt in, according to research by Vanguard. Another study, by the Government Accountability Office, compared employees hired before and after their employers adopted auto-enrollment: participation rates in 401(k)s jumped to 86 percent, from 37 percent.

Nevertheless, millennials’ wealth in other kinds of assets falls far short of Generation X’s. At a comparable stage in life, Generation X had 2.31 times millennials’ real estate wealth per capita, adjusted for inflation. And that’s a big advantage, because the buildup of home equity over time can eventually help fund retirement.

Millennials, though, may have begun to catch up. According to Morgan Stanley’s housing strategists, the largest increases in the homeownership rate through the first three quarters of 2019 came from people under the age of 35, on both an absolute and percentage basis.

Still, the tremendous weight of student debt on millennials is something that policymakers cannot ignore. It has delayed home purchases, and it may mean millennials will have to rely more on savings than home equity to fund their retirement. Until that debt burden eases, legislators should create more ways to encourage or automatically enroll young people in other kinds of individual retirement accounts, especially those who are working as freelancers or in the gig economy. Millennials are doing their part to save for retirement; our policymakers could be doing more to help them.