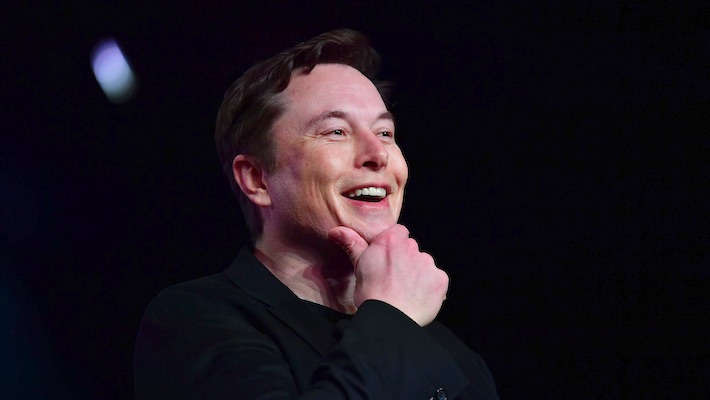 Elon Musk — the 48-year-old billionaire CEO of Tesla and SpaceX whose Twitter bio currently reads, “Born 69 days after 4/20” — has accomplished a lot in life. That said, there is apparently still much he would like to do, and that includes make some music. A bit under a year ago, Musk released his first song, a heavily AutoTuned rap single called “RIP Harambe,” sharing it on his Emo G Records SoundCloud account. Now he is back with another new track, an EDM song called “Don’t Doubt Ur Vibe.

Musk noted on Twitter that he wrote the lyrics and performed the vocals on the recording, and the way he sees it, “This song is hard.” The song features the lyrics, “Don’t doubt your vibe / Because it’s true / Don’t doubt your vibe / Because it’s you.” It’s not entirely clear what the song’s official title is: His initial tweet announcing it called it “Don’t doubt yer vibe,” while the SoundCloud upload is titled “Don’t Doubt ur Vibe,” but the cover art has the title written “DONT DOUBT YOUR VIBE.”

He also shared photos of himself working on the song in the studio, and for some reason, Nintendo 64 controllers appear to be part of his recording setup. The cover art for the song is a Tesla Cybertruk flying around Mars.

I wrote the lyrics & performed the vocals!!

Now we wait for him to collaborate with Grimes.

Listen to “Don’t Doubt Ur Vibe” above.