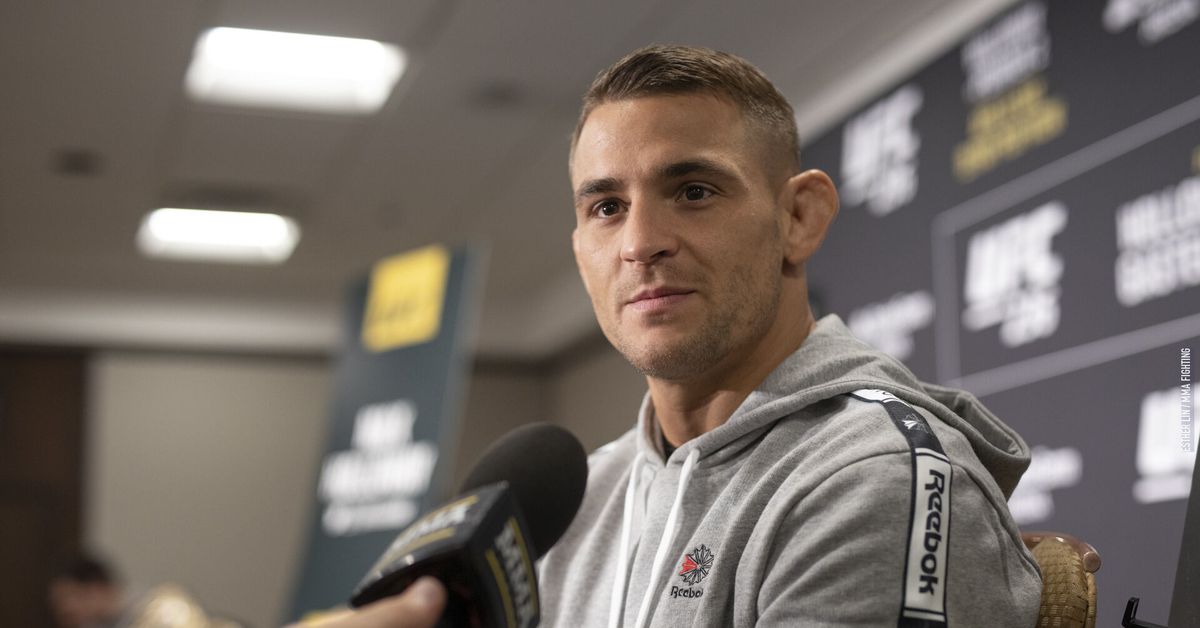 Dustin Poirier will be back on the mats before he returns to the Octagon.

The former UFC interim lightweight champion, who underwent hip surgery last year, has been anxiously awaiting his opportunity to fight again now that he’s been cleared to compete.

Before he books his next fight, Poirier will first engage in a grappling match against Brazilian jiu-jitsu ace and ONE Championship competitor Garry Tonon at an upcoming SubStars event on Feb. 21 at The Fillmore in Miami.

Both Poirier and Tonon confirmed the news to MMA Fighting on Friday following an announcement from the promotion.

Poirier, who is a Brazilian jiu-jitsu black belt under UFC veteran Tim Credeur, also revealed that he will be raising funds to benefit his Good Fight Foundation.

“100 percent of my ticket sales and online PPV sales as well as a portion of my purse will be going to The Good Fight Foundation,” Poirier told MMA Fighting on Friday. “We will be raising money to supply a local Women’s and Children’s Hospital in Lafayette, La. with car seats for mothers in need.

“It has been brought to our attention that six to eight times a month they encounter an issue where mothers are unable to afford a car seat to leave the hospital with their infants upon discharge. The Good Fight Foundation would like to help those families in need and put their minds at ease with getting their newborns home safe and secure.”

According to Poirier, the goal is to have a year’s supply of highly rated safe car seats as a result of his latest charitable endeavors.

The veteran lightweight began auctioning off his fight-worn apparel after starting a charity alongside his wife Jolie Poirier as they sought to help people in their hometown community in Louisiana. The Good Fight Foundation has since blossomed into a much bigger endeavor with Poirier spearheading a new cause with each and every fight he participates in with the UFC.

Following his last fight against Khabib Nurmagomedov this past September, Poirier donated funds to benefit the building of a solar-powered water well and new water tower for a village in Uganda, Africa. Nurmagomedov even donated his apparel from the fight to benefit the charity with UFC president Dana White then matching the funds raised to help the Good Fight Foundation as well.

Now Poirier will look to raise funds from his upcoming grappling match to once again benefit the Good Fight Foundation while he awaits his chance to return to the UFC later this year.

As for Tonon, the multi-time grappling champion transitioned to mixed martial arts in 2018 where he’s racked up a 5-0 record thus far in his career. He hasn’t fought since last May but Tonon now returns to his roots where the Danaher Death Squad member will hit the mats to battle Poirier in Miami.