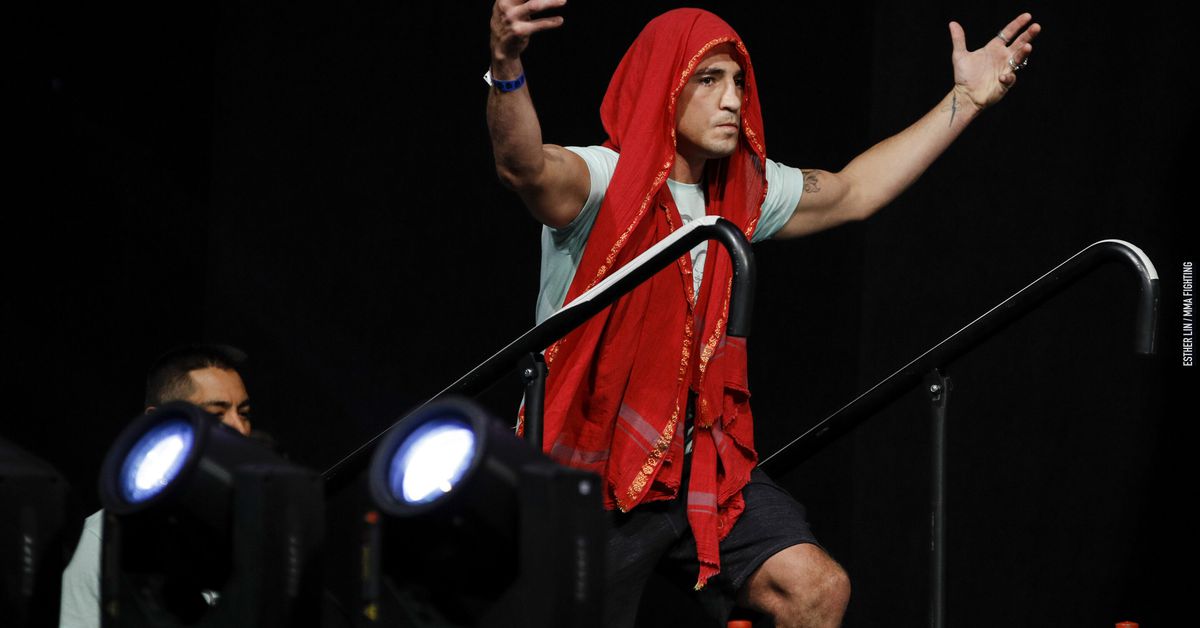 Diego Sanchez has accepted a three-month suspension from the USADA after it was determined that a recent positive drug test came about as the result of using contaminated products, the UFC’s official anti-doping partner announced Friday.

The suspension is retroactive to Oct. 26, 2019, and will not affect his scheduled bout with Michel Pereira at UFC Rio Rancho on Feb. 15.

Per a release, Sanchez, 38, failed an out-of-competition drug test due to a urine sample that contained ostarine and S-23, two anabolic agents that are prohibited year-round. The sample was provided on Dec. 12, 2019.

During their investigation of Sanchez’s case, the welterweight provided containers of products that he used which were then analyzed at the World Anti-Doping Agency-accredited laboratory in Salt Lake City, Utah. It was determined that the products contained selective androgen receptor modulators (SARMs) that were found in Sanchez’s test that the fighter could not have known about as they were not disclosed on the label.

“On November 25, 2019, revisions to the UFC Anti-Doping Policy were announced,” the USADA statement reads. “Under the revised UFC Anti-Doping Policy, if a situation arises where an athlete tests positive and is able to demonstrate by clear and convincing evidence that the cause of the positive test was due to a supplement certified by one of the certifiers in the UFC rules, he or she will not be subject to an anti-doping policy violation and will be permitted to compete after follow-up testing and when there is no performance enhancing benefit in question.

“USADA determined that Sanchez’s exposure to these substances began on October 26, 2019, prior to the current UFC Anti-Doping Policy being announced. Although Sanchez was not using a Certified Supplement, he received a reduction to his period of ineligibility because he was able to prove that his positive test was caused by contaminated products and the very low levels detected in the products would not have enhanced his performance.”

As of Jan. 26, the duration of Sanchez’s suspension has been served.