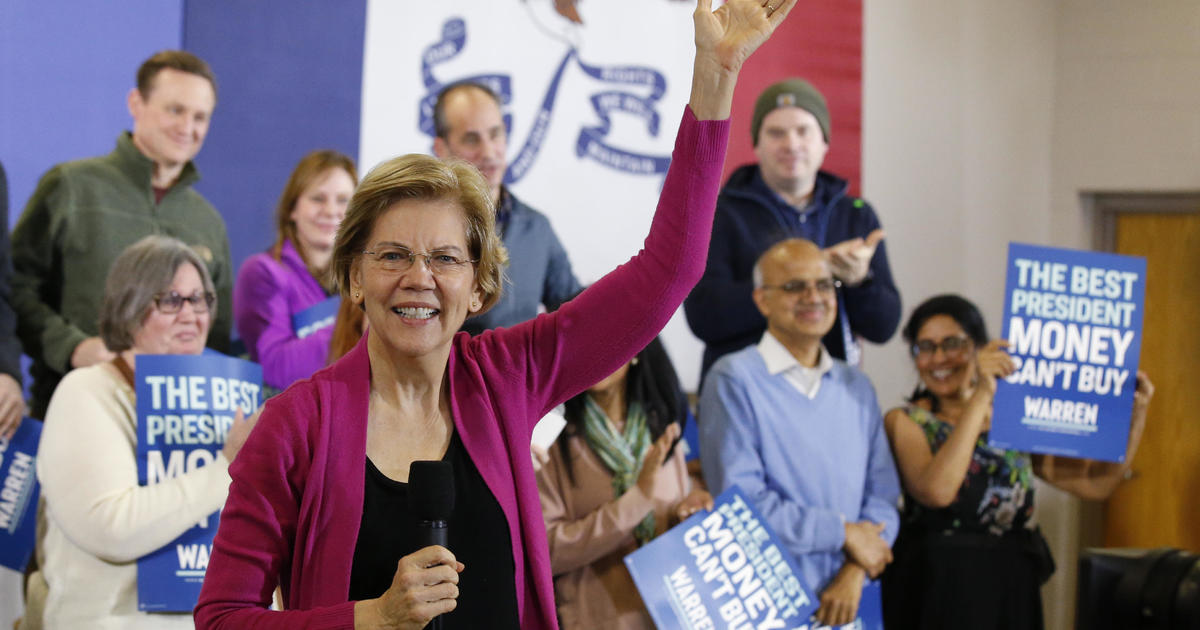 A campaign that started more than two years ago and featured more than 2,200 candidate events is down to its final weekend in Iowa. On Monday night, Iowa will officially kick off the presidential nominating process with its first-in-the-nation caucuses.

There has been a clear top tier of Democratic hopefuls in Iowa since the early fall: former Vice President Joe Biden, former South Bend Mayor Pete Buttigieg, Vermont Senator Bernie Sanders and Massachusetts Senator Elizabeth Warren. Two of those candidates, Sanders and Warren, have been stuck in Washington for the impeachment trial the past two weeks, while Biden and Buttigieg have been able to camp out in the state. Senator Amy Klobuchar, who has also been in Washington for impeachment, has been working to break into that top tier for several months.

All the major candidates are blanketing the state this weekend and making their closing arguments to fire up supporters and try to win over some of the voters still trying to make up their minds.

Sanders has seen a boost in support in the weeks leading up to the caucuses and sat atop many of the polls that have come out in January. While he has been one of the candidates stuck in Washington, his campaign has flooded the state with high level surrogates like Representative Alexandria Ocasio-Cortez, filmmaker Michael Moore, and Sanders’ wife, Dr. Jane Sanders. The Vermont senator has spent some of his final days in Iowa stressing that his “political revolution” can begin here.

“The entire world will be watching…to see if people of this state are prepared to fight back,” Sanders said in Storm Lake on Sunday, according to CBS News Campaign Reporter Cara Korte. He has also emphasized that the Democratic “establishment” is worried about the strength of his movement.

“We are their worst nightmare! This is their ‘Nightmare on Elm Street,'” Sanders said in Sioux City on Sunday, Korte reports.

If Sanders is successful on Monday night it will show that caucus-goers back his message of changing the system and believe he will fight for issues that matter to working class Americans. The campaign also has an aggressive ground game in Iowa, one that includes hundreds of staffers and volunteers spread across the state looking to turn out his fervent supporters and first-time caucus-goers. Although it is a comparatively small demographic in the state, the campaign’s outreach with Latino voters in the state could also prove to be essential come Caucus Night.

Biden has spent months making the case to Iowans, in person and in advertisements, that he’s best suited to take on President Trump in a general election and “restore the soul of the nation.” In the days leading up to the caucuses, advertisements have emphasized Biden’s poll numbers against Trump and stressed that “this is no time to take a risk. We need our strongest candidate.” Biden has repeatedly said the values that uphold American democracy are on the line and he’s in the strongest position to restore them.

“Character is on the ballot,” Biden said in Waukee on Thursday in a speech aimed at President Trump, according to CBS News Campaign Reporter Bo Erickson.

Biden has also highlighted his ability to withstand a barrage of attacks from Republicans, especially after some have questioned whether it was appropriate for his son Hunter to sit on the board of a Ukrainian energy company.

“They have thrown everything but the kitchen sink so far,” Biden said in Iowa City on Monday. “And I’m just gonna say it…I’m still standing and just getting stronger.” Biden also ramped up his visits to Iowa in December and January while focusing more time on smaller and mid-sized communities.

If Biden is successful on Monday night, his campaign will argue that voters believe he has the best chance of beating Mr. Trump. While many important issues come up in conversations with Iowans, polls suggest caucus-goers are more concerned about finding an electable candidate. The Biden campaign hopes those Iowans will turn out for the former vice president.

Buttigieg’s argument is that he has the ability to unite the country and appeal to moderate voters, including “future former Republicans.” Buttgieg, the other top candidate who has been free to roam Iowa during impeachment, has made final trips to some of the counties that voted twice for President Obama before switching to Mr. Trump, and the campaign has emphasized their organizing strength in Iowa’s pivot counties.

The Midwestern former mayor has argued that it will take nominating someone from outside Washington for Democrats to win in November. He also has pushed back against criticism that he lacks the experience to be president. And in the final days before the Iowa caucuses, Buttigieg began to draw finer distinctions between himself and some of his top rivals.

“I hear Vice President Biden saying that this is no time to take a risk on someone new,” Buttigieg said Decorah on Thursday, according to CBS News Reporter Jack Turman. “But history has shown us that the biggest risk we could take with a very important election coming up, is to look to the same Washington playbook and recycle the same arguments and expect that to work against a president like Donald Trump, who is new in kind.”

At another stop, Turman reports, Buttigieg again went after Biden and Sanders. He framed Sanders’ vision as a “revolution” where “nothing counts unless you go all the way.” Buttigieg took on two of Sanders’ signature policy proposals: “Medicare for All,” the ambitious and expensive plan for the government to provide health care to all Americans, and free public college.

If Buttigieg is successful on Monday night, it will show there’s a desire among some voters for a more moderate message carried by a new voice. The campaign’s focus on rural areas and swing counties, combined with aggressive campaign schedule in the final few days, will give many Iowans one more chance to hear from him before making up their minds. He also built an extensive field operation, with 34 offices placed around the state.

Warren, who has also been tied up with the impeachment trial, has sent a flood of surrogates to the state, including former Democratic rival Julian Casto. She built up an early operation in Iowa, but has seen poll numbers dip since the fall. At events in Iowa last weekend, Warren addressed the electability argument head on and stressed that she believes Democrats need to nominate a woman to beat Mr. Trump.

“We now know that women candidates have been outperforming men candidates since Donald Trump was elected,” Warren said in Davenport on Sunday, according to CBS News Campaign Reporter Zak Hudak.

Warren also reintroduced her argument, which she frequently made over the summer, that she is a “fighter” who can defeat Mr. Trump and deliver progressive victories in Washington.

“We have to decide whether to give into the fear or whether to fight back,” Warren said on Saturday in Muscatine. “Me, I’m fighting back. That’s why I’m in this.”

If Warren is successful on Caucus Night, it will be partly due to her organizing strength in the state. Her team built a large operation early in the process and deployed organizers around the state before many campaigns built out their Iowa infrastructure. Her broad range of policy proposals have resonated with voters around the state, even if they don’t agree with all of her views.

Klobuchar has pitched herself as a candidate with a strong electoral record and Midwestern roots. At nearly every event she has told people that she has won “every race, every place, every time” and talks about the “surge” she sees in Iowa in polls and her endorsements. She has emphasized that she believes the election is a quote “decency check” on Mr. Trump and in order to send a strong message, Democrats need to “win big.”

While she’s been in Washington for the impeachment trial, her family members and local legislative endorsers have held events on her behalf. Klobuchar has also urged supporters to help push her into the top tier while she’s busy with the impeachment trial by volunteering for her campaign. And she’s told undecided Iowans to call friends and family in Minnesota for a performance review.

If Klobuchar is successful on Monday, it will likely be because her decision to tour every corner of the state, her focus on pursuing more moderate policies, and her message of uniting the country at a time of deep partisan division. She has campaigned relentlessly, holding more events than any other candidate in the top tier, and her campaign believes they’ll see an advantage in rural areas because they visited every one of Iowa’s 99 counties.

Some of the lower-polling candidates, such as Congresswoman Tulsi Gabbard and Senator Michael Bennet, turned their attention to New Hampshire months ago. But entrepreneur Andrew Yang and billionaire activist Tom Steyer are both holding out hope for strong finishes in Iowa.

Yang is approaching the end of a of a 17-day swing across Iowa. Yang has been campaigning on a message that a changing economy requires a different perspective in Washington to ensure Americans aren’t left behind. He’s promised that a win in Iowa will also mean a victory in New Hampshire.

Steyer, meanwhile, has presented himself as the “unconventional” politician who can go head-to-head with President Trump on the economy. Steyer also points to his work building grassroots coalitions and reminds Iowans at nearly every town hall that he’s the only candidate who will make tackling climate change his number one priority.