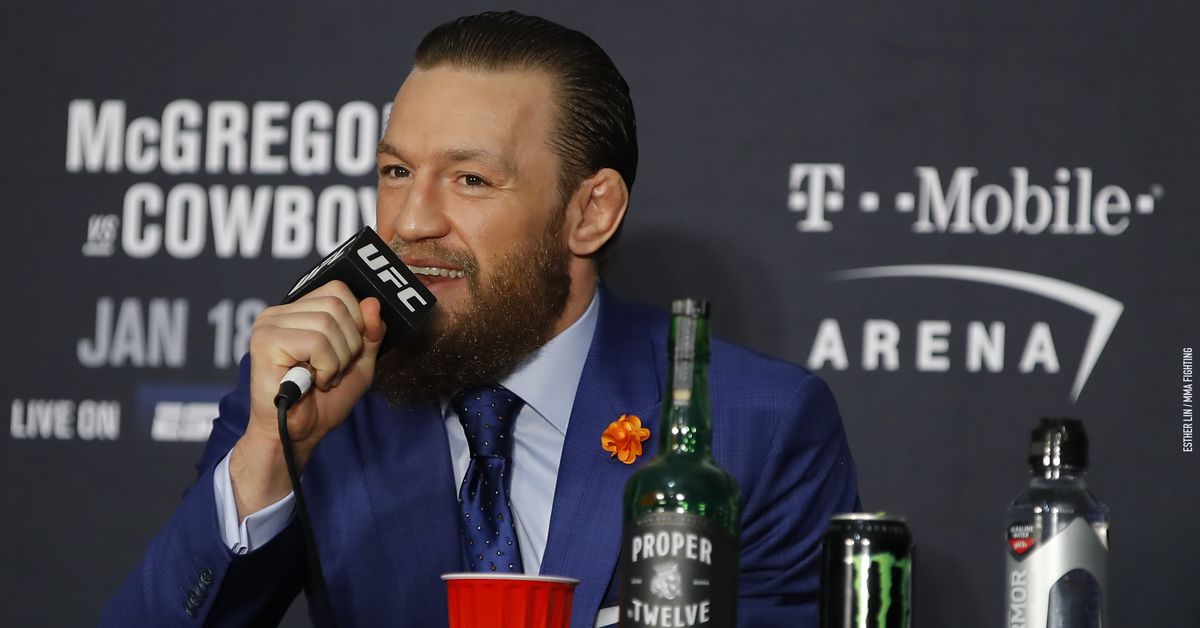 Conor McGregor knows with or without a title, he’s the most coveted fight in the UFC today.

After blitzing Donald “Cowboy” Cerrone with shoulder strikes, a head kick and punches to put away the 51-fight veteran in just 40 seconds in the UFC 246 main event, McGregor refused to single out any particular opponent when he was asked what he wanted next.

Even at the post-fight press conference later that night, the former two-division UFC champion said he would happily accept fights against a number of opponents named for him but he remained elusive when cornered about who ranked at the top of his personal hit list.

“BMF” champion Jorge Masvidal has gone on a public campaign trying to land the fight with McGregor. Human highlight reel Justin Gaethje has been doing everything in his power for the past year to draw the Irishman into a fight with him. UFC president Dana White constantly says McGregor wants a rematch with lightweight champion Khabib Nurmagomedov but the “Notorious” didn’t even name drop the undefeated Russian following his triumphant return to action.

With so many options available to him is it possible that McGregor was calculated in his refusal to target any particular opponent to help maintain the leverage he holds when sitting down with the UFC to negotiate his next fight?

“Listen, I think a lot of Conor’s brilliance is his authenticity,” McGregor’s manager Audie Attar told MMA Fighting. “I think that response was authentic Conor. It wasn’t a premeditated or planned thing where he decided not to necessarily name anybody’s name but there are a dozen or so options out for him that make sense.

“Depending on which one makes the most sense depending on a number of different motivations, that’s who he’s going to go with. I don’t think it’s planned or premeditated but I would agree, it’s brilliant. Sometimes his authenticity is that brilliance.”

McGregor is still currently enjoying his post-fight celebration, which included a trip to the 2020 Grammy Awards as well as a day spent at the Disney California Adventure Park with his girlfriend and two children.

Just because he’s not living in the gym right now doesn’t mean McGregor hasn’t started contemplating his next fight because Attar says those discussions started within days of his victory over Cerrone at UFC 246.

“We had dinner the next day and he was training the last few days,” Attar revealed. “He’s already back at it. I’ll see him again tomorrow for the next few days and we’re going to constantly talk about it.

McGregor has verbally committed to three fights in 2020, which would be his busiest schedule since he fought Nate Diaz twice and defeated Eddie Alvarez to become lightweight champion back in 2016.

In addition to his fight calendar, McGregor also has a slew of business interests that will keep him plenty busy outside the cage.

Attar says it might seem like a lot on the surface but he promises McGregor has really learned how to balance his fight career with his businesses and they expect 2020 to be a great year for both.

“You’re always busy with Conor. Conor is a global superstar,” Attar said. “Now we’ve launched a whiskey company, we have an apparel company, we have a fitness venture launching, we have all these different businesses going on. It’s always busy but I think when you throw in three fight cards for him as well for him to be on and headline, it takes things to a different level.

“Yes it’s going to be busy but we welcome that. We’re super excited for it. I think we’re all on the same page when it comes to ambition and goals and so that’s really fun to see when you’re entire team is in sync. I think we all welcome that type of work load. We don’t look at it as pressure. We look at it as opportunity.”