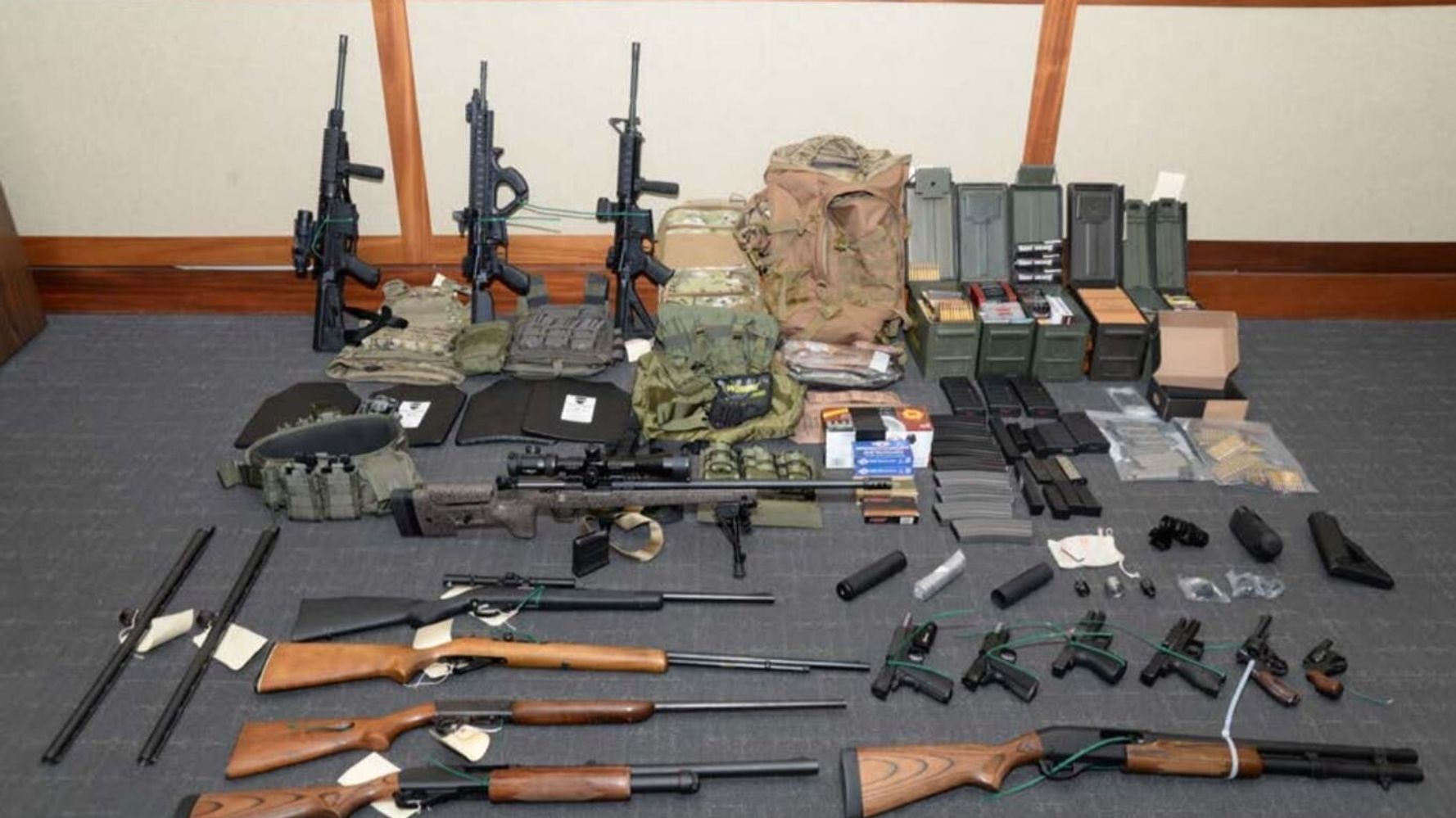 GREENBELT, Md. — Coast Guard Lt. Christopher Hasson was sentenced Friday to more than 13 years on weapons charges, in a case that prosecutors say thwarted a white supremacist’s terroristic plot to murder a long list of prominent Democrats and journalists.

Hasson, 50, of Maryland, pleaded guilty in October to four federal counts. But federal prosecutors said the charged conduct only represented the “tip of the iceberg” of the evidence against him. They labeled Hasson a “domestic terrorist” shortly after his arrest and said he was plotting to “murder innocent civilians on a scale rarely seen in this country.” They wanted a 25-year sentence.

Federal prosecutors laid out an extensive record of Hasson’s racists beliefs, a search history that included inquiries for the home addresses of Supreme Court justices, and an apparent hit list of media figures and Democratic politicians. Ahead of his sentencing, Hasson told U.S. District Court Judge George Hazel that he was “embarrassed” by his racist thoughts and web searches and sorry for the pain they’d caused.

“I have never hurt anyone in my life and I was not planning to in any way, shape or form,” Hasson claimed. He said he renounced his writings but was not claiming to be “magically cured of my biased thoughts.” But he said he’d work toward treating everyone equally, with the help of religious leaders.

While federal prosecutors did not charge Hasson with any terrorism-related offenses, they did ask for and were granted a terrorism sentencing enhancement that increased the range of the prison time Hasson faced under federal sentencing guidelines.

Dr. Stephen Hart, a defense witness, testified at length Friday about his violence risk assessment that declares Hasson a low risk. He said the government responded to the case “entirely appropriately,” but that Hasson didn’t need to be incarcerated based on being an ongoing threat to the public. He said Hasson was generally rational and clear-thinking, and called him a “civil and polite person.”

Hart testified that Hasson “had thoughts in his head that were racist.” But he said Hasson’s behavior with his “diverse” set of colleagues, as well as the “diverse” population, was much different.

Despite Hasson’s apparent hit list of media figures and liberal politicians ― which Hart said was simply a spreadsheet of people of interest to Hasson ― and his searches for the addresses of Supreme Court justices, Hart said Hasson was “all over the place” and didn’t have a firm plan. His desire to kill everyone in the world, as expressed in his memo, was “not a realistic or feasible goal,” Hart said.

“If he wanted to make a plan, he could have made a plan,” Hart testified.

Hart also said he wouldn’t mind living next to Hasson. On cross-examination, the government had Hart clarify that he himself was a white man.

Hazel, a former federal prosecutor and graduate of the renowned and historically Black men’s college Morehouse College, said he did not credit much of Hart’s testimony. He made clear that he was not sentencing Hasson for his beliefs, but because he had been “actively in the process of formulating a plan.”

Hazel said the racist beliefs that Hasson expressed were “deeply embedded” in American history, referencing 1619 ― the year that Africans arrived in Virginia.

“Mr. Hasson is just one leaf that has fallen from that tree,” Hazel said.

Liz Oyer, Hasson’s federal public defender, urged the court to consider Hasson’s long record of service to the country and his relationship with his family. She accused federal prosecutors of fearmongering by displaying Hasson’s cache of weapons in court, most of which he would be lawfully allowed to own were he not addicted to narcotics.