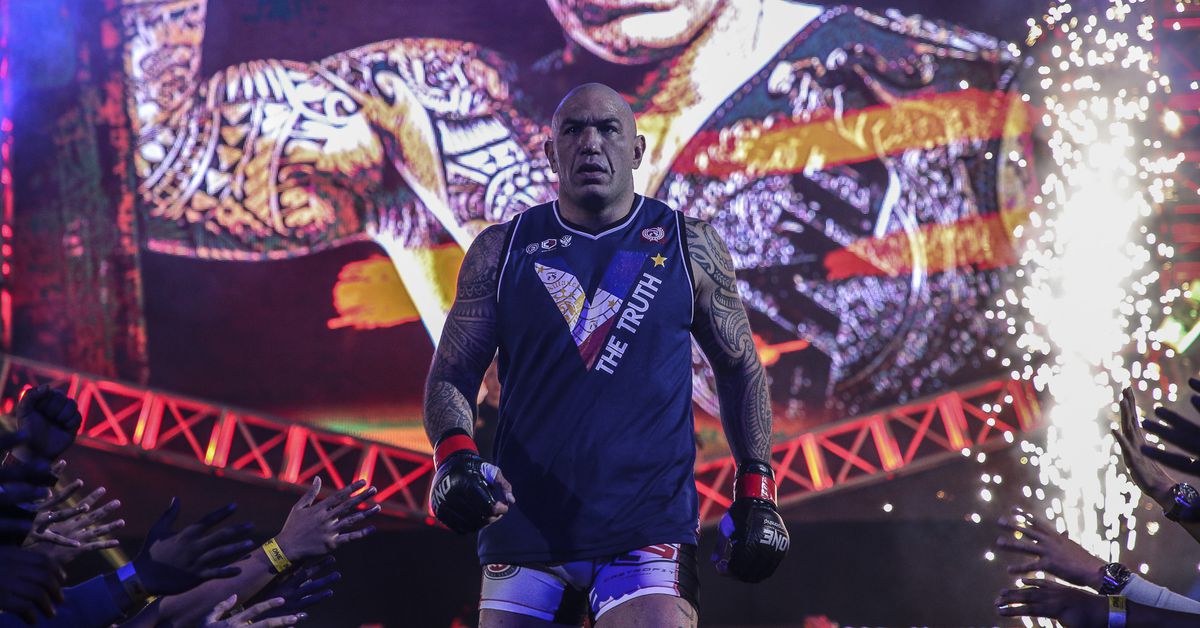 After missing out on “champ-champ” status, Brandon Vera is getting back into the business of defending his own title.

At Friday’s ONE Championship: Fire and Fury event in Manila, Philippines, “The Truth” announced that he will be defending his heavyweight title on May 29 at a ONE event that is also expected to take place in Manila. Born in Norfolk, Va., Vera (16-8, 1 NC) is of Filipino descent and currently resides in the Philippines.

Vera’s opponent is still to be announced.

This past October, Vera attempted to add a second ONE title to his collection when he challenged 225-pound champion Aung La N Sang at the promotion’s Century event in Tokyo. Sang defeated the former UFC fighter by second-round TKO.

Vera, 42, was unbeaten in ONE prior to the loss to Sang, going 4-0 and successfully defending the heavyweight title twice. His first four fights all took place in Pasay City, Philippines.